Sydney Turns the Color of Mars

I woke up this morning on another planet. Well that's at least what I thought for a few fleeting moments as I stared outside my bedroom window at the red, hazy "martian like" sky.

News.com.au reports that residents of Sydney and parts of New South Wales have awoken to scenes likened to "armageddon", with limited visibility and orange skies.

Large areas have been shrouded in dust as the state experiences severe winds and unseasonably warm temperatures.

Bureau of Meteorology spokeswoman Jane Golding said dust had settled on much of the state, including Sydney.

This really is spooky. Everything in my apartment is covered in this fine red dust, my poor Macbook Pro looks a mars artifact.

Here's a pic from my apartment (where you can usually see some tall office towers): 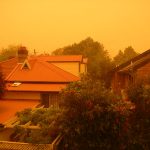 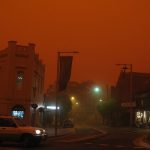 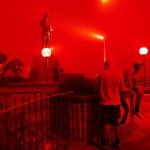 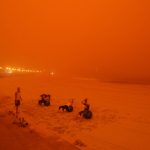