In May this year, NASA sent astronauts on a mission to upgrade the well worn Hubble Telescope. The mission was considered a success and now NASA has released a flurry of new images from their "fully rejuvenated observatory".

Among the list of spectacular new images are views of colorful multi-wavelength pictures of far-flung galaxies, a densely packed star cluster, an eerie "pillar of creation," a "butterfly" nebula, and a cosmic "Dragon". 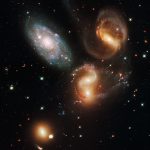 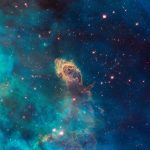 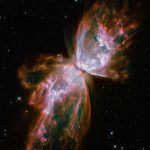 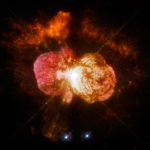 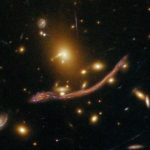 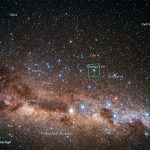 "This marks a new beginning for Hubble," said Ed Weiler, associate administrator for NASA's Science Mission Directorate at NASA Headquarters in Washington. "The telescope was given an extreme makeover and now is significantly more powerful than ever, well-equipped to last into the next decade."

According to NASA's press release the new instruments on board are more sensitive to light and will improve Hubble's observing efficiency significantly.

Keith Noll, leader of a team at the Space Telescope Science Institute in Baltimore, said "The targets we've selected to showcase the telescope reveal the great range of capabilities in our newly upgraded Hubble."

Benjamin Grundy
Benjamin Grundy started Mysterious Universe back in 2006. Every week he researches the fortean world and puts together the weekly free MU podcast, extended podcast and Plus + podcast alongside Aaron Wright.