The Guidestones: a Mystery for the Next Millennium

Every now and then a story comes along that's better than a novel or a movie because it's truth not fiction. The story of the Georgia Guidestones, also known as the American Stonehenge, is all that and stranger, too.

This story starts out with a man walking into a stone carver's shop late on a Friday afternoon in 1979 offering a commission from an unnamed group to build an American Stonehenge that would be" guidestones to an age of reason." He called himself R.C. Christian, which he acknowledged was a pseudonym, and then explained what the "small group of loyal Americans" had in mind, here's how the transaction is described in Beyond the Apocalypse an excerpt from The Daily Grail's just published journal Darklore 4:

... they had chosen Elberton [Georgia] due to its stocks of hard-wearing granite – a key element of the design was that the monument should be able to withstand both the slow erosion of time as well as possible catastrophic events. The monument was to serve as a compass, calendar, and clock, with celestial alignments which would encode the passing of time itself. And it would be engraved with a set of '10 commandments,' written multiple times in eight of the world’s major languages.

Who could say no to a proposition like that? Joe Fendley proprietor of Elberton Granite was ready to, until the first check from R.C. arrived via an accommodating local banker, Wyatt Martin, president of the Granite City Bank, who acted as the intermediary for the group and who remains the sole keeper of R.C. Christian's true identity.

Nine months after the deal was struck, on March 22, 1980, the megalithic structures known as the Georgia Guidestones were dedicated on a high spot of land deep in rural Georgia. And as Beyond the Apocalypse explains the structure hasn't made as big a name for itself as the real Stonehenge, but it has had it's share of international tourists, been the site of Pagan campouts and attracted controversy and vandalism mostly in reaction to the first of the "10 commandments" that instructs the reader in all 8 world languages to "maintain humanity under 500,000,000 in perpetual balance with nature." Since that's a much smaller number than the current population of planet Earth, crusaders against "Elitists" and "The New World Order" believe it's a mandate to "depopulate" the Earth.

Beyond the Apocalypse delves into some of the prevailing theories regarding the nameless group behind the stone edifice. Are they satanists, Rosicrucians, Freemasons, and/or members of the New World Order? From the beginning, the shroud of mystery surrounding the commission brought suspicion upon both Fendley and Martin as the real originators of the Guidestones. However, Wired Magazine reported that Joe Fendley, who was in fact a 32 degree Mason, and Martin both passed lie detector tests, putting accusations to rest. Nonetheless, Wyatt Martin, the one man who knows who the real builders were, still will not reveal the names or motives.

R. C. Christian never made another appearance in Elberton. Although Martin kept in touch with Christian, he believes the man has since died. He told Wired that some of the dark accusations that have been leveled at R.C. Christian has at times made him want to tell all he knows, but he decided it was more important to keep his word to R.C.: "All along, he said that who he was and where he came from had to be kept a secret. He said mysteries work that way. If you want to keep people interested, you can let them know only so much."

There's a lot more high strangeness to this story, but before you check out the links, you might be interested in this tidbit: The May '09 issue of Wired happened to be guest edited by J.J. Abrams creator of many mysterious megahits including Lost and Alias and Fringe, but not long ago, he also gained a bit of internet fame with his Ted Talk video on the Mystery Box he's never opened and how it inspires his writing. In the talk, given months before he worked on Wired, Abrams voiced the same sentiment as R.C. Christian did to Wyatt Martin.

Abrams explains that the way the best stories work is by "withholding information" and by drawing an audience to a story, say, like E.T., by "making you think what you're getting is a story of a alien lost on Earth, when it's really a story about family torn apart by divorce." So, as you read the story of the Georgia Guidestones ask yourself if you believe that the real "mystery" of the monument is the story carved into its surface in eight different languages--the words that draw all the controversy--or if that's just the story we think we're getting, and the real mystery is still concealed inside the box.

Sydney Turns the Color of Mars 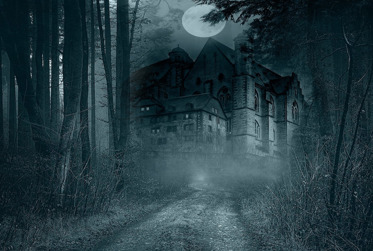