A Philidelphia resident has reported an encounter with a 3 foot tall, 3 legged, single eyed creature, in what must be one of the most bizarre reports ever filed with MUFON.

Preceding the encounter on the 15th of August 2009, the witness reported seeing a luminescent orb buzzing above their building, and then shortly after the somewhat amusing interaction with the Tripod creature, a man sized Preying Mantis was seen staring at the witness though a window.

Read on for the full MUFON report.... oh and there's a Thunderbird too, just for good measure.

MUFON witness statement: "On 8-15-2009 at 2:45am I was buzzed for about 5 seconds by a 4 foot round luminescent orb on the roof of the building that I work in, in Philadelphia . It materialized about a foot away from me, blocking my way and making a buzzing sound, it then took off and dematerialized in approximately a 6 feet distance. At this time I decided to turn around and leave the roof.

About an hour later at 3:45am I was walking through a machine room on the roof, near the same location of the orb, when I encountered a 3 foot tall triped creature. It was standing by an electrical transformer looking up at the conduits. I observed it for about 30 seconds from a distance of four feet before it turned around and noticed me. I was looking down at it! It had a beautiful baby blue eye which was moving rapidly, just one, a long eye lid and rubbery looking legs with bulbous feet. I could see it was starting to panic because it started stomping his feet like a mad skunk or jumping up and down and making a high pitch squeaking sound almost like a cats toy. I was blocking it’s way to the open roll up door leading to the roof behind me. I put up an open hand in a gesture to let it know that I wouldn’t hurt it and backed up towards a different part of the machine room, away from it’s path to the door, but kept my eye on the creature. I watched it walking down the isle slowly when it started to move. It stopped where I had turned to get out of its way, it then turned and looked me over for a couple of seconds. I couldn’t help myself and started to laugh at it. I felt like a child who saw a monkey for the first time or something! I got the impression that it was thanking me but I think I also offended it because it started to leer at me and it's eye changed to a lighter color. I could be wrong, it may have took a bow! The triped then took off running in the direction of the door disappearing behind machinery in the area. I didn't feel threatened in any way by this creature but I was quite sure that cornering it was a bad idea! In hindsight of this encounter I'm left with a feeling a of wonder. The buildings electrical generator was permanently shut down about a year ago.

On this same morning I'm doing my paper work in the control booth, and a larger than man sized Praying Mantis comes up to the window and just stairs at me for about a minute. I did not feel comfortable with this encounter considering the nature of this kind of insect. I sat there and didn’t move a muscle until it left. I have also heard screeching sounds in the roof machine room, in the direction of the roll up door which made my hair stand up on the back of my neck around the same time for 2 nights.

The next night 8-16-09 I'm mopping the floor in the machine room, on the roof and I come back to the sink to fill my bucket and there was a little springs and clip neatly arranged next to each other on the floor in front of the sink. I think the triped came back. There was no one else in the machine room. Was it trying to tell me something, were they gifts or was it trying to help me? I don’t know. Its a mystery! The triped may have been back the next night too, but I didn’t see it! It had moved stuff around like a toddler would have. It was into everything exploring I guess.

On 8-18-09 at around 3:00am I was witness to a giant bird above Eakins Oval with a 40 foot wing span or better, it had rectangle shaped wings and no tail feathers, I didn't see any feet or head either. All I could make out was the huge wings with all of the feathers moving in the breeze and there were hundreds of them, there were no primary feathers that I could see. It looked like a enormous kite. I'm a bird watcher and never seen a bird like this before. I was really quite fed up with all the paranormal stuff happening to me at this time so I watched it for about 4 minuets and decided to just ignored it and go on about my business before it did something really weird and unexplainable. "Wow " A Sumerian god come to earth! An angle maybe? I can take see an alien off my bucket list! Nothing else has happened since." 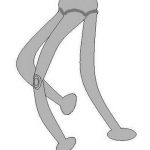 A true report on non-human encounters? Glimpses of other dimensions? A fictional tale of tomfoolery? Or simply too much (or too little) medication?

Via Phantoms and Monsters

The Guidestones: a Mystery for the Next Millennium