"You never change things by fighting the existing reality. To change something, build a new model that makes the existing models obsolete." - Buckminster Fuller quote from Ralph Metzner's email.

Want to have your mind blown? On December 2, 1942, Enrico Fermi initiated the first successful chain reaction that made the atomic bomb possible. Just four months later, April 16, 1943, Swiss chemist Albert Hofman had what he called a Vorgefühl.

"The usual English word for this is "presentiment," but the German word suggests something stronger than the laid-back "presentiment." Something was telling Hofmann to retrace his steps and perform a new synthesis of the discarded molecule, LSD-25. One is free to speculate that the "instruction" to re-synthesize LSD came from a spiritual power which intervenes in the affairs of man to restore order when the danger of disorder has become too great. " 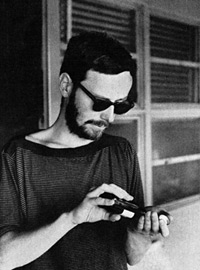 Far out, man! Of course, with all due respect to Dr. Hofman, the paradigm-annihilating power of LSD didn't really explode on the scene until twenty years later, about the time when Ralph Metzner, as a PhD candidate in psychology at Harvard in the early 60s, joined up with Dr. Timothy Leary and Dr. Richard Alpert (later known as meditation guru Ram Dass) and mounted a study of LSD that became a sort of Psychedelic Manhattan Project.

Dr. Metzner revisits the early days of  "tune in, turn on, drop out" in his new book Birth of a Psychedelic Culture, a collaboration with Ram Dass and others involved in the early days of experimentation. He recently discussed the book and his lifetime of work in consciousness transformation and altered states at the Noetic Retreat Center.

During the course of the wide-ranging talk, Metzner discussed many issues that Mysterious Universe often reckons with such as the ritual use of Ayahuasca, shamanism and alchemy. Later, reading his blog, I also discovered he shared MUs interest in the UFO/ET phenomena. He had even used the same quote Ben and Aaron read on MU Episode 324 from Linda Moulton Howe's story about "John Smith's" face-to-face meeting with ET. In another post he discussed UFO disclosure.  Hoping he'd share more insights on the subject, MU contacted Dr. Metzner by email and he graciously replied, offering fascinating insights on the UFO/ET phenomena:

MU: On Sunday you talked about the theory of radical empiricism and I read more about it on your blog and in your "Expanding Consciousness" essay in which you explain how James' theory would not exclude "anomalous experiences, such as UFO abductions, near-death experiences, and mystical or paranormal experiences. They need not and should not be excluded in a radical empiricism."

Then I read this quote on your blog about UFO disclosure: 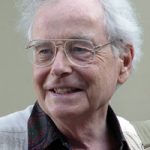 sightings and ET contacts. As the veils of official government secrecy and disinformation are lifted, the time will come (sooner or later) when there is worldwide conscious public recognition of the presence of scientifically and technologically highly advanced civilizations visiting Earth from other worlds. Recognition of their scientific and technological superiority follows logically from acknowledgment of their presence – from the fact that they are here (and “we” have so far only gone as far as the Moon). While this recognition has already occurred for numerous individuals (e.g. like the English Councilor Adrian Hicks) when it occurs publicly and openly, it will be, without question, the most significant consciousness expanding event in the history of civilization."

My question is this: Do you think there's an avenue by which radical empiricism can take hold across society and allow the general population to tap into the "altered state" that has so far kept UFO phenomenon safely on the fringes?

Dr. Metzner: Radical Empiricism is an epistemological position that is taken by many researchers in states of consciousness (like William James, Charles Tart, Stan Grof, Ken Ring and others including me). I don't think of this epistemological position as something that would 'take hold' across society, like a popular movement,. But there could be a more general openness to anomalous phenomena --for example when you compare Brazilian culture with Anglo-Saxon, Euro-American science--the Brazilians accept that UFOs, as well as various spiritual healing, etc., are real and are more interested in researching it and applying it than arguing about whether the phenomena are real.

MU: What do you think will have to transpire in order for secrecy and disinformation to be lifted from the UFO phenomenon?

Dr. Metzner: The UFO/ET situation has been hijacked by the American (and other countries) military establishment who want to acquire the advanced technological capabilities of the visitors for their own obvious purposes. There is some evidence that even within these extremely secret military industrial groups there are dissenting voices who are pushing for disclosure. Some believe that other countries, like France, Brazil, India and perhaps China, will disclose what they know and then the Americans will have to reveal what they know, in order not to look like idiots, and be left behind with the technology. On the other hand, some within those groups seem determined to counter any disclosure movement with disinformation and ad hominem attacks

MU: Did you know [Harvard-based UFO abductee researcher] John Mack and his work with contactees? Mack's experience at Harvard seems not entirely dissimilar to your own with Leary and company. Mighty forces worked to discredit his research--as they have against Sheldrake and Radin and Brian Josephson. Do you think this is simply scientists aversion to any psi or so-called paranormal research? Or could it be part of secrecy and disinformation efforts?

Dr. Metzner: John Mack was a friend and I had a have great respect and admiration for his work and his courage in bucking the academic taboo on taking UFO/ET accounts seriously. Several academics I know of have lost their jobs due to that interest. John Mack beat back the prejudice and prevailed. We discussed several times the parallels between UFO contact experiences and psychedelic experiences. Both are paradigm shattering experiences. We agreed that psychedelics can reach more people than have had ET contacts (although John thought we couldn't really be sure how many millions of people have had the latter). He also pointed out LSD experiences can be interpreted by the user as unusual states of brain-mind, induced by a drug, whereas the UFO/ET contact experience is virtually impossible to explain as anything other than an ET contact for the person who has had it.

MU: In your blog you mentioned "John Smith's" experience of meeting an ET and having a powerful psychic experience, his mind flooded with data and images that caused him to faint. Did his description remind you of your own experience with LSD or other consciousness expanding drugs? If there is an overlap between UFO sightings and abduction experiences and effects of mind altering substances, how would you describe it and what significance do you think it will play in the disclosure revelations?

Dr. Metzner: I know personally of several individuals who had had ET contact experiences while in an altered state induced by psychedelics. I don't think it helps the cause of rational discourse about either one of these events to mingle the descriptions. Then the UFO sightings and ET meetings can be written off as drug-induced hallucination triggering a double shot of incredulity and accusations of mental derangement. Although social science experiments can be done to see how they are correlated, Ken Ring did a survey study in which he found there was a positive correlation between individuals who reported being abused as children and later having UFO/ET sightings, contacts or abductions. This doesn't prove that child abuse causes UFO/ET sightings, contacts or abduction hallucinations. Rather it points to two sets of phenomena that both involve a high degree of dissociation (which is both a cognitive skill and a defense mechanism).

The Grimmest of Grimiores: Did a Necronomicon Ever Exist?