When it comes to ancient mysteries, History Channel's popular program Ancient Aliens features some of the wildest and weirdest around.

Yesterday, while recovering from the mass consumption of homemade pleasantries in the aftermath of the Thanksgiving holiday, I settled in and began watching a few episodes of the aforementioned program that dealt with some of the classic theories of advanced civilizations that may have existed before our own.

To assume that intelligent beings may have existed on planet Earth in prehistoric times is quite a stretch. After all, one would think that ample evidence for such civilizations would still exist today, if they had been present on Earth during earlier epochs. But truth be known, a variety of tidbits have surfaced over the years that do amount to being  prehistoric technological "anomalies." Consider microscopic metallic springs and other mechanical devices found embedded in ancient stone in parts of Russia; or the highly efficient sewage systems that were found at the excavation of historic sites like Mohenjo-daro and Harappa in modern day Pakistan; and finally, the classic "batteries" discovered near Baghdad, Iraq, which some have speculated were used in rituals and possibly even early attempts at electroplating. Indeed, there is at least some evidence that technology far exceeding what we might expect from the ancient world did exist. Still, when cross-examining the evidence of many of these claims, the circumstances often prompt a few revisions in the typical line of thought that is frequently applied.

For instance, one unique claim which, thanks to programs like Ancient Aliens, has become prevalent again recently has to do with the notion that ancient Egyptians had been involved in hybridization processes. In essence, the theory is that humans were being scientifically spliced together with animals to create "hybrids," which in turn appear in various artistic depictions found at archaeological sites throughout Egypt. Conventional interpretations of this Egyptian art suppose instead that these beasts were merely the gods and deities worshiped by ancient civilizations; but could they have been representative of something else... and something that actually existed?

To engage this notion from a different perspective, let's consider the technical renderings of a famous polymath who wouldn't stake his claim in history for another several centuries: Leonardo da Vinci. With all his technical knowledge and mechanical prowess, imagine if da Vinci had only been able to render two-dimensional, almost child-like representations of his experiments. As we know from his various drawings, da Vinci (also one of the most skilled artists to ever live) had managed to include detailed instructions documenting his various experiments and studies. Much the same, it would be interesting indeed if a civilization like the ancient Egyptians had somehow harnessed the technical abilities to create such freaks of nature as human-animal hybrids so long ago, and yet the artwork which commemorated the act remained so simplistic and primitive. 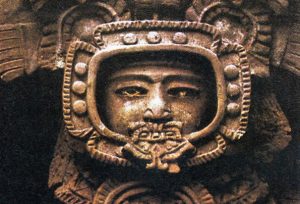 To be fair, it must be noted that not all the art stemming from ancient Egyptian is as simplistic as the hieroglyphics commonly associated with pyramids and burial sites. Take, for instance, many of the sculpted faces decorating various sarcophagi. These were anything but primitive, instead featuring exotic and beautifully detailed representations of the rulers entombed within. Here, once we consider that such technical prowess in the arts had actually existed in various capacities among the ancients, it is even stranger to contemplate why no record of their abilities to manipulate the science of creation would ever have been produced. Obviously, Egyptian approaches to architecture, science, mathematics and the arts were perhaps the most advanced anywhere in the world at the height of their culture; but to assume that they had mastered genetic manipulation and hybridization that would rival our own knowledge today is far-fetched, at best.

Further proof that Egyptian "monsters" were likely mythological representations is exemplified in the way that civilizations elsewhere had been incorporating similar imagery into their art. Both the ancient Greeks and Hindu cultures featured human-like gods and characters, often displaying animal-like attributes with great frequency. Ganesh, commonly depicted with an elephant head, is only one of several human-hybrids that rank among the deities in Hindu religious depictions, while the satyr and Medusa represent characters prominent in Greek mythology which bear similar hybrid qualities. It would be fair to say that ancient people, much like you and I, had maintained a fascination with strange, out-of-this-world creatures. Modern readers of fantasy and science fiction will find that they are no-less familiar with hybrid creatures, but their presence in literature spanning the last several decades still cannot be correlated directly with the existence of actual hybrid monstrosities existing today. Why might this be any different for ancient societies?

Altogether, it is likely that a number of ancient civilizations may have harnessed technology that would surprise us today for their forward-thinking. Additionally, there may have been other groups of people who existed even further back, perhaps so long ago that no written history or ancient artifacts remain to commemorate their legacy. Nonetheless, could some of the known civilizations of the ancient world have harnessed scientific and technical knowledge that rivaled ours today?

If this seems unlikely, perhaps we could infer one final assumption as an alternative: when it comes to the idea of ancient interaction between aliens and early civilizations, perhaps instances of out-of place technology present in ancient artwork don't represent anything these people created at all. Instead, maybe they were simply observers, and the actual creators of the apparatus committed to stone and paper over the years actually belonged to someone--or something else. Therefore, following this logic, advanced technology may have existed thousands of years ago, after all... although it was never our own!

A Novel Idea: New Study Focuses on Near Death Experiences