David Icke to Human Race: Get Off Your Knees… and onto the Dance Floor

“We are energy. Some people call it consciousness but I prefer to call it awareness. We are awareness.”

Not exactly a catchy lyric, but when spoken by David Icke and set to a hypnotic electronic beat, it becomes a chart topper.

At least in L.A. where a couple of weeks ago, an electronic “dubstep” track by top DJ MVMNT titled We Are Energy was named the number one hit in Hollywood's underground clubs. As DJ MVMNT (aka Christopher Morris) explained to the UK Express , “I made it as a kind of homage to David. I’ve long been a fan of his message even though many people think he’s crazy.”

Such is the world-gone-mad luck of everyone's favorite soccer goalie turned New World Order conspiracy theorist David Icke. Many people do indeed think he's crazy, but that so many do not is one of  the true mysteries of the almost inexplicable success he's created out of, well, abject humiliation.

How does he do it? Why is it that many of the same people who scorn Glenn Beck, for instance, because he denies the threat of global warming and fear-mongers a New World Order coup will immediately turn around and pay rock-concert prices to sit for nine hours listening to Icke say nearly the exact same things?

That's what I hoped to find out when I plunked down $50 bucks to spend a Saturday attending Icke's all-day talk-a-thon at the Marin Civic Center Auditorium near San Francisco, which happens to be located  in a neighborhood better known for its hedge-fund managers and venture capitalists (i.e. "elitists" ) and George Lucas (very deep in the Brotherhood according to Icke) than conspiracy theorists.

Imagine my surprise when he nearly filled the hall.

I had expected Icke to be a slightly sinister character. I had in mind an L. Ron Hubbard of Scientology/CIA infamy or a Beast, ala Aleister Crowley. It didn't take long to figure out I'd got it completely backwards and that Icke's style owed more to the music hall slap stick of Benny Hill right down to the  slightly naughty double entendre, except Icke's punchlines featured Reptilians instead of naked ladies.

He was affable, disarming and operating on auto pilot. An hour or so into the morning session he had rummaged through a grab bag of conspiracy memes from chemtrails to Obama as a false Messiah and Big Pharma inventing ADHD to the Uncertainty Principle and had yet to mention the Reptilians. The crowd was with him though, applauding enthusiastically as he ticked off the list of secret crimes against humanity. 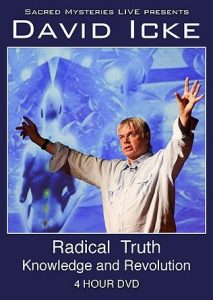 After a lunch break, he started down the Reptilian road, and it is a winding one. The Reptilians, who've apparently been here almost as long as us, "breeding with Adam," Icke says, seem to be a pretty pathetic bunch despite the fact that they are in control of everything. Their sad secret is that they are trapped here too, and have to answer to their own reptilian overlords in the fourth dimension who are in turn ruled by fifth dimension lizards. They're bitter and they take it out on us with the aforementioned chemtrails, false Messiahs, etc.

But wait, there's more. They are also responsible for something called the Moon Matrix that reveals the moon as a huge spaceship -- I'm not sure but I think it's the one the Reptilians arrived in after their planet blew up right before the end of Earth's Golden Era.

Anyway, this spaceship Moon is positioned in precisely the right spot to block information photons that are supposed to be beaming down from the Sun to the Earth and fueling our consciousness. That's a bad thing. That they're blocked, I mean. Plus there's something to do with Saturn, like the next chapter of revelation, that I simply could not wrap my mind around.

So by the end of the day we've got the combined forces of Sun photons, Saturn and the Moon Matrix and the Reptilians and New World Order all with but a single goal, which is to enslave humanity. While on the other hand, Icke claims that we are holograms, or reality is a hologram, and that he sees his job as exposing the dreamworld we think is reality.

Besides, if reality is illusory, what do you have when you wake up from it? It seems to me that if reality is a hologram, there won't be much to see once its collapsed.  On the other hand,  how are you going to end the Moon Matrix photon blocking problem? Ask them to move their spaceship to a new parking spot? Try to blow it out of its orbit? I don't see how that would end well for Earthlings be they human or reptilian.

Icke's solution to both dilemmas is for us to simply Wake Up! Wake up to the truth and prepare for the coming consciousness shift that will alter our vibrational imbalances and allow us to fly through the Quantum Gate. I'm not clear on whether he's including the Reptilians in the great escape or not. And, no, I do not know what lies on the other side of the Quantum Gate, but perhaps you can find the answer here .

Even after the marathon, I still couldn't quite figure out Icke's acceptance verses someone like Glenn Beck. However, I think I found the answer in the documentary David Icke: the Lizards and the Jews by Jon Ronson (also the author of The Men Who Stare at Goats). Ronson followed Icke on a Canadian lecture tour during which Icke was blocked from radio show appearances, book signings and speaking engagements by a group that believed him to be anti Semitic because they were convinced that when he talked about lizards he really meant Jews. What the group did was preempt free speech, which seems pretty Reptilian if you ask me.

After spending time with Icke, Ronson concluded that when he said lizards he meant lizards. I too was convinced by the documentary, which painted a picture of Icke as someone who'd been thwarted and humiliated for his beliefs, but nonetheless felt compelled to press on despite what anyone else thought. He also appeared to be a pretty nice dad.

Icke I think would be just as happy to see everyone dancing to his tune. As Hollywood media analyst Mike Raia explained Icke's trance-dance success: “Don’t be surprised if this guy becomes a huge star. He is already an overnight sensation. People in Hollywood think he’s ultra-hip and ultra-cool.”

Personally, if someone were saying that about me, that's one dream world I'd want to keep believing was real.  So I say to you David Icke, why not dream on for now?  I'm sure the Quantum Gate will still be there when you're no longer ultra-cool. And think how jealous the Reptilian Overlords will be in the meantime. 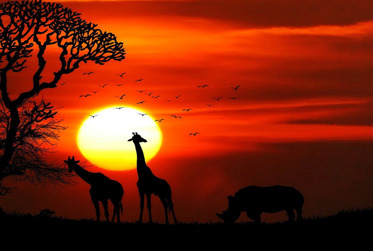