In early July 1947, something strange, maybe even something unearthly, crashed on remote ranch-land in Lincoln County, New Mexico. Today, the event is known both famously and infamously as the Roswell Incident. Numerous theories exist for what may have occurred on that fateful day, including the crash of a UFO, a captured German V-2 rocket, a manned balloon involved in high-altitude exposure experiments, and a weather-balloon. For today's government, however, the stance is unswerving: the Roswell device was nothing stranger than a Mogul balloon...

Project Mogul was, in the words of the U.S. Air Force, "...a highly classified U.S. effort to determine the state of Soviet nuclear weapons research using balloons that carried radar reflectors and acoustic sensors."

It has been suggested that, given the very real military threat posed to the Western world by the former Soviet Union in the late 1940s, the crash-landing of a Mogul balloon at Roswell prompted an over-inflated degree of “Cold War nerves” on the part of the Army Air Force, which in turn led to the issuing of rash warnings to those with intimate knowledge of what had occurred - including members of the public that stumbled upon the debris. Unfortunately, this hypothesis for Roswell is totally negated by the history of how Mogul recoveries were handled by the military in this time-frame.

Only weeks after Roswell, the FBI drew up a one-page memorandum titled Instrument found on farm near Danforth, Illinois. The similarities between the events at Roswell and those at Danforth are, at the very least, striking. For example, both “objects” were found on ranch-land, both were initially suspected of being flying saucer debris, and in the same way that the Air Force tried to lay the Roswell controversy to rest with its Mogul hypothesis, the material evidence in the Danforth case was also suspected by some within the military of originating with a Mogul balloon array.

According to the FBI’s records, after its discovery the strange find was handed over to a Mrs. Whedon of the Army Engineers, who postulated that, “the instrument had been used by the Air Force on tests which were classified as ‘Top Secret.’”

Special Agent S.W. Reynolds of the FBI’s Liaison Section made additional inquiries and contacted the Intelligence Division of the Air Force, who informed him: “Mrs. Whedon alluded that the instrument was used in ‘Operation Mogul.’” 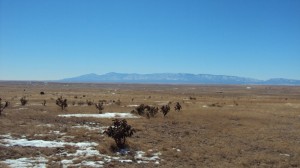 Further, deeper inquiries revealed that the entire matter was, in reality, nothing but a case of mistaken-identity, and the “object” was part of an old-style radio loudspeaker. Initially, however, and based chiefly upon telephonic descriptions of the material, it was believed to have been Mogul-based debris, possibly part of an acoustic sensor. And, faced with the possibility that debris from a Top Secret military balloon-based project had come down on an Illinois ranch (and under circumstances practically identical to those at Lincoln County), what did the military do?

Did they issue stark threats of death of a type that some of the Roswell witnesses spoke about? Did they cordon off the ranch, as many have said occurred at the New Mexico site? No: the material was simply forwarded with the absolute minimum of fuss to Wright Field, Ohio for inspection, and it was Wright Field’s staff that concluded, despite the initial assertion from the Army Engineers, that the debris was unconnected to Mogul.

For proponents of the theory that the object found at Roswell was a Mogul balloon, this presents a major problem. We have two incidents, one in New Mexico, one in Illinois, both on ranch-land, both tied to flying saucers and to Mogul, and both from the same time frame. In the first instance, the Air Force asserts that a Mogul balloon was most likely recovered; and in the second instance, Mogul was suspected, by the military, no less. Yet the procedures undertaken to deal with the recovery and analysis of both objects were entirely different. More importantly, the overwhelming secrecy afforded the Roswell case was entirely absent in the incident at Illinois.

Had the two events occurred in different time-frames, say over the space of two or three years, it could be argued that the secrecy surrounding Mogul had been downgraded. Yet, Roswell occurred in early July 1947, and the finding at the Danforth, Illinois ranch took place only weeks later. And if the intense security at Roswell was initiated to hide the fact that a Mogul balloon had fallen to earth, then why was the same security not in place at the Illinois ranch, when Mogul was initially suspected of being the culprit?

Sixty-four years after the Roswell event occurred, we may still not know what really crashed outside of Roswell. But, whatever it was, it seems unlikely to have been a Mogul balloon.