Robert Dean, a long-time figure within the field of research into all things flying and saucer-shaped, maintains that while working with the North Atlantic Treaty Organization (NATO) in the 1960s, he learned that NATO had conducted a secret study of the UFO issue. More controversially, Dean says that part of the study demonstrated that, at the time in question, NATO had come to the conclusion that we had four different civilizations – cultures, intelligences, if you will – that were present here on Earth and that were secretly visiting us and even interacting with us.

One of the most interesting conclusions of the report, and which struck a particularly strong chord with Dean, was that one of the groups – of the civilizations or cultures that were here on this planet – was identical with us; or rather, that we were identical with them. And that startling revelation, added Dean, made a vast and profound impression on the people involved in the investigations.

In 1994, Dean gave a lecture before an audience at the Civic Theater, Leeds, England, during which he elaborated upon his knowledge of the human-like aliens said to be present in our very own environment. Dean revealed that so similar to us was at least one race of extraterrestrial that “they could sit next to you in an airplane or in a restaurant in a coat and tie or a dress and you would never know. They could be sitting next to you in a theater like this.”

Most alarming of all, however, were the ramifications that all of the above reportedly caused amongst the highest echelons of NATO. “Back in 1964,” stated Dean, “this was a matter of great concern to the admirals and generals at SHAPE Headquarters in Paris. Some of the discussions which went on in the War Room were kind of frightening and some of them were rather amusing. One officer said: ‘My God, man, do you realize that these [aliens] could be walking up and down the corridors of SHAPE Headquarters and we wouldn’t even know who the hell they were?’”

Robert Dean is not alone in making such amazing claims; and neither are they confined to the heart of NATO. 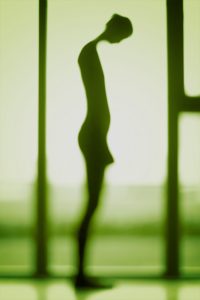 Now well into her eighties, Marion Shaw worked deep within the Pentagon during the 1950s as a secretary with a high-security clearance. While there, she rubbed shoulders with some profoundly significant and well-known figures in the military arena of the day. She also heard a tale or several eerily similar to those related by Robert Dean.

According to Shaw, she was allegedly involved in the preparation of several classified reports on “flying saucer stories,” one of which referred to deep concerns expressed by the military that very human-appearing aliens had infiltrated certain elements of the U.S. Government. No-one seemed quite sure why, however, since there was apparently no concerted effort on the part of the allegedly human-like extraterrestrials to subvert or jeopardize the orderly, day-to-day operations of the U.S. infrastructure. Rather, it seemed, the aliens were there merely to observe – albeit in an overwhelming clandestine fashion.

We would do well to remember that in a world where popular-culture, TV, movies and the Internet have led most people to perceive aliens as small, diminutive creatures with large heads, huge black eyes, and spindly bodies - however outlandish and outrageous it may seem - our presumed other-worldly visitors may actually look just like us.

Who knows? Maybe some of us are actually them...

And, if the stories are true, then perhaps such infiltration is not limited solely to the world of government. Maybe the field of Ufology has, itself - in a fashion utterly unknown to most of us - been infiltrated by human-appearing, cosmic characters, too. Now that would be a revelation!

Self-induced Spiritualism: Can Some Psychedelics Change our Outlook for the Better?