Aliens of the Elusive Kind

Right now, over at Cryptomundo, there's a heated, extensive debate going on with respect to my views on Bigfoot. As I note at the site, in my personal view, the fact that Bigfoot is so darned elusive, and skilfully avoids capture, shooting or accidental death with an impressive 100 percent success rate, is something that  suggests - to me, anyway - Bigfoot is far more, or perhaps far less, than mere flesh-and-blood in nature and origin. The beast may well be, as I suspect, a Tulpa. Bigfoot, however, is not the only Fortean-related controversy that has the ability to outwit us on every conceivable occasion. It's very much the same with Ufology.

Let's take a look at the most famous UFO case of all (or, perhaps, infamous would be a far better word to use): Roswell. There are far more than a few reports in circulation, of those living local to where the event occurred back in the summer of 1947, having secretly collected some of the priceless debris from the desert-floor and hidden it away from prying eyes (from the dastardly government, in other words). The problem, however, is that precisely as is the case with the body of Bigfoot, the fantastic Roswell material consistently fails to surface - or, on the rare occasion it rarely does appear, analysis has always proved to be manifestly inconclusive.

Yep, despite all the claims of a "My grandfather saved some of the Roswell debris and it's in his attic!"-variety, it never shows its face, proves it case, and elevates the notorious affair to undeniable fact.

Then there is the story of one Antonio Villas Boas, a Brazilian, who, late one night in 1957, claimed to have been kidnapped by aliens and then seduced by a vibrant space-babe who growled like a wild beast while the pair got it on. Hey, it doesn’t get much better than that, does it?

According to Villas Boas, after the close encounter of the erotic kind, his captors gave him a tour of the ship, during which he witnessed “three of the crew…sitting in swivel-chairs, grunting among themselves.” While they toiled over their screens and machines, said Villas Boas, he tried to steal a device that was sitting atop a table and that he described as “a square box with a glass lid on it, protecting a dial like the dial of an alarm clock.” It was not to be, however: “As quick as lightning one of the men jumped up and, pushing me aside, snatched it from me angrily, and went and put it back in its place.” Thwarted!

Moving on, many years ago, the UFO author and researcher Timothy Green Beckley was told by Fortean writer Gray Barker of a UFO encounter that occurred in Arko, Utah. The witness was a schoolboy, one Robert McCallister, who on the day at issue was roaming around his local woods when he stumbled upon a relatively small, circular-shaped device, hovering approximately six feet off the ground in an isolated clearing. Suddenly three, tall, unusual-looking men appeared – as did a silver-haired character, sitting atop a floating chair, no less - who invited McCallister for a tour of the compact flying saucer.

Rather intriguingly, the presumed alien seemed fascinated by a ball-point pen sticking out of McCallister’s pocket, which the boy subsequently offered the enigmatic figure as a gift. Seemingly very pleased – far too pleased, it might be argued - he, in turn, gave McCallister a present of a small, black, plastic-like tube. Then, McCallister was motioned to leave the craft and keep his distance – which he did – as it soon took to the skies and forever vanished. It was only later that McCallister realized the priceless artifact had mysteriously vanished from his pocket. Like so many others, he too was prevented at the very last moment from securing any hard evidence of the reality of the encounter.

It's worth noting the highly insightful words of the author Jacques Vallee, who astutely recorded in his classic book, Passport to Magonia, that: “…centuries-old folklore is replete with tales of people who claimed to have visited the realm of the fairies and who tried to bring back with them a souvenir, only to be thwarted, in one form or another, from doing so at the last minute.”

From fairies to Bigfoot, and from Roswell to alien encounters, nothing much - it seems - has changed. In fact, scrap that word "much." Zero has changed. Utterly elusive then, utterly elusive now. There is something deeply weird about our inability to secure hard evidence of a wide range of Fortean puzzles. Why that should be the case is a matter that demands our careful and deep attention.

One, Two, Three and Awake: The Esoterica of Hypnotism 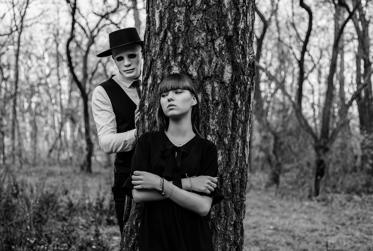