The Gravity of the Situation: UFOs, Mercury and Antigravitic Forces

Could ancient civilizations have harnessed the power of the atom? What about advanced aircraft capable of out-maneuvering our best jet-propelled planes? What if this civilization existed thousands of years ago? It doesn't really sound possible, does it? But the truth is that, while we can't be certain that any such civilization did ever exist, there are a startling number of references in documents dating back to ancient times, as well as the occasional appearance of artifacts that seem chronologically "out of place," pointing to far more advanced engineering concepts that may have existed in our prehistory than most are willing to consider.

For instance, when one begins to look at some of the passages contained within the ancient Vedic epics of India, there are a number of rather odd things that tend to appear, especially for those of us interested in UFOs and anti-gravity. Reports of flying craft called vimanas are not just mentioned casually; in fact, epics like the Sanskrit Mahabharata seem to impart even more concrete details which, remarkably, may pertain to the methods of propulsion these strange craft could have used.

There are a number of references that have been made over the years regarding the use of mercury in powering machinery, and perhaps more importantly, knowledge of this passed down within the Vedas. Ancient sites in many parts of the world, ranging from South America to China and other locations, have been found to have contained devices--and even what might be likened to elaborate conduits, piping systems, and other bizarre arrangements--which were believed to have been designed to contain the substance. This could have been for any number of reasons; mercury is unique, since by virtue of being metallic it is a conductor, and yet it also maintains a liquid form at reasonably temperatures. Alchemists in the middle ages, while unaware of properties such as electrical conductivity, still considered mercury a sort of "primary element" capable of being transmutated into gold and other metals. But the fluid state of mercury may be of far greater importance today, as its ability to conduct electricity while in a liquid form like this may present unique possibilities when it comes to mechanical engineering and the creation of electromotive devices capable of producing current.

We bring all this to the table here because ancient references to a "mercury vortex" housed within an iron box, as indicated in translations of Sanskrit texts such as the Mahabharata, would be the ideal means of propulsion for the proposed vimanas of ancient India. Researchers in modern times like Professor Peter Thomson, looking at such passages as clues, have even gone so far as to attempt to design what has variously been called a "Charged Sheath Vortex" or some other kind of "mercuric engine" that could produce the sorts of effects desired... but exactly what effects would we hope to create with engines using a mercuric component like this, and would they be capable of propelling craft through the air in unconventional ways? 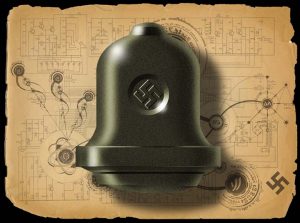 It is understood that during World War II, the Nazis had hoped to create some sort of aircraft that might have utilized mercury or vortex technology in order to achieve antigravitic effects; in other words, they may have hoped to design unconventional aircraft that were propelled through the air using technology working harmoniously with the Earth's natural gravitation field. Interestingly, one alleged device, known as Die Glocke or "The Bell" was said to have been related to such studies, and was filled with a purplish "mercury like" substance referred to as Element 115. Some researchers, including Joseph P. Farrell and Henry Stevens, have attempted to guess the possible function and uses for such a device, with the latter of these two supposing the mercury substance could have been what is called "Red Mercury." This substance, however, believed to exist throughout the 1970s and '80s with potential uses in nuclear weapons development and stealth technology, is now understood to have been a likely hoax. Indeed, alleged "red mercury" sales taking place on the black market may have actually had to do with a substance that may or may not have even existed, and the use of "red" in the title, rather than indicating anything about the color, may have merely been a reference to Russian origins for this non-existent substance.

Nonetheless, it is interesting that allegations about the existence of a Nazi antigravitational project which incorporated mercury (whatever the actual variety in question may have been) have come to light; especially since it is known that Hitler and the Nazis, with their various occult fascinations, had also been very intrigued by the ancient Sanskrit epics. These, as we already know, described UFO-like "vimanas" that had obvious appeal for use in wartime. But if such craft ever existed, in a chronological sense, this would have had to be thousands of years ago. Thus, is it more likely that what we're dealing with in the Vedas would actually represent a mythology which, interpreted through the language barriers, cultural perspectives and technological windows of modern society, would only appear to be indicating some ancient advanced civilization? If this were the case, could it be that the alleged Nazi experiments being described here were merely the result of happenstance? 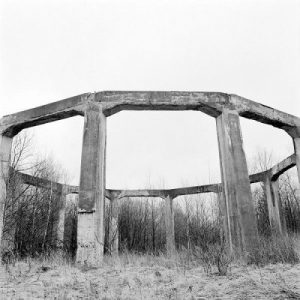 Perhaps so... although it is interesting nonetheless that in addition to the Nazis, scientists ranging from J. Robert Oppenheimer (of the Manhattan Project), to those involved in more modern Chinese government programs, all find that the ancient Vedas of India seem to hold the key to some kind of knowledge... perhaps even something capable of reshaping the future as we know it. What if many of the UFOs we see today are in fact the product of revisiting ancient technologies that once existed here on Earth? If this is the case, why might such technologies have ever been lost? Does this mean we should continue to capitalize on such technologies, or could a future await us that promises some ultimate self-destruction? We can only hope that if such supposed knowledge ever did exist, and that if it hindered the ancients with such apocalyptic results, perhaps our own advancement as a civilization will be undertaken in ways more conducive to our survival as a species.

No matter how you choose to look at the situation, this is good advice for the innovators among us today seeking to capitalize on such things as weapons development... and whether or not theories pertaining to ancient societies are mere fairy tales. Our quest for knowledge, if not obtained and wielded with care, could result in things of far greater detriment to our existence than we may realize; according to some, at least, such cataclysm may already have taken place here on Earth, albeit in our ancient past.