Without doubt, the Contactee movement - and its attendant tales of close encounters with long-haired, peace-loving "Space-Brothers" in the remote desert lands of California, USA - is one of the most controversial within the field of Ufology. And some might say: "Rightly so." It's worth noting, however, that Contactee-style encounters were reported (from the other side of the world, even) decades before the term "Flying Saucer" was conceived, clearly demonstrating that the phenomenon - whatever might lie at its heart - has been with us for a very long time.

Consider, for example, the following story – from Ireland in 1910 – recorded by W.Y Evans-Wentz (in the pages of his 1911 book, The Fairy-Faith in Celtic Countries), a renowned expert on Celtic beliefs, mythologies and legends relative to the world of fairies. Indeed, it's practically identical in nature to a number of Contactee cases that surfaced out of the United States in the 1950s and '60s.

Evans-Wentz’s informant related the details of the experience as follows:

“Some few weeks before Christmas, 1910, at midnight on a very dark night, I and another young man - who like myself was then about twenty-three years of age - were on horseback on our way home from Limerick [Ireland]. When near Listowel, we noticed a light about half a mile ahead. At first it seemed to be no more than a light in some house; but as we came nearer to it and it was passing out of our direct line of vision we saw that it was moving up and down, to and fro, diminishing to a spark, then expanding into a yellow luminous flame. Before we came to Listowel we noticed two lights, about one hundred yards to our right, resembling the light seen first."

Evans-Wentz's source expanded further: “Suddenly each of these lights expanded into the same sort of yellow luminous flame, about six feet high by four feet broad. In the midst of each flame we saw a radiant being having human form. Presently the lights moved toward one another and made contact, whereupon the two beings in them were seen to be walking side by side. The beings’ bodies were formed of a pure dazzling radiance of the sun, and much brighter than they yellow light or aura surrounding them.

“So dazzling was the radiance, like a halo, round their heads that we could not distinguish the countenances of the beings; though their heads were very clearly outlined because this halo-like radiance, which was the brightest light about them, seemed to radiate from or rest upon the head of each being. As we traveled on, a house intervened between us and the lights, and we saw no more of them. It was the first time we had ever seen such phenomena, and in our hurry to get home we were not wise enough to stop and make further examination.” 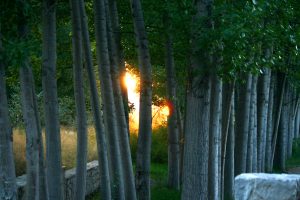 Notably, and as was the case with countless Contactees, this particular encounter was a precursor to yet further other-worldly events in the life of the witness: “…ever since that night I have frequently seen, both in Ireland and in England, similar lights with spiritual beings in them.” More notable still: one of the better-known Contactees, Orfeo Angelucci, also claimed repeated late-night encounters with a pair radiant beings that manifested out of glowing, floating balls of light - albeit in California and more than forty years after the events at Limerick took place.

And also just like the Contactees of the 1950s and '60s, Evans-Wentz’s source began to develop specific, strongly-held beliefs about the nature of the intelligences he believed had made their presence known to him:

“In whatever country we may be, I believe that we are forever immersed in the spiritual world; but most of us cannot perceive it on account of the unrefined nature of our physical bodies. Through meditation [also utilized by famed Contactee George Van Tassel just prior to his initial night-time encounter of the Space-Brother variety at Giant Rock, California in March 1953] and psychical training one can come to see the spiritual world and its beings.

“We pass into the spirit realm at death and come back into the human world at birth; and we continue to reincarnate [a process that Orfeo Angelucci’s alleged alien contacts told him, in the early-'50s, was a reality] until we have overcome all earthly desires and mortal appetites. Then the higher life is open to our consciousness and we cease to be human; we become divine beings.”

All of this - from the initial presence of an unidentified aerial light and the  manifestation of "radiant" beings, to the references to reincarnation and the way in which the witness found himself radically and spiritually transformed and open to new thoughts and paradigms - clearly suggests that whatever may have been afoot in the California desert in the post-WWII era, it most certainly was nothing new... 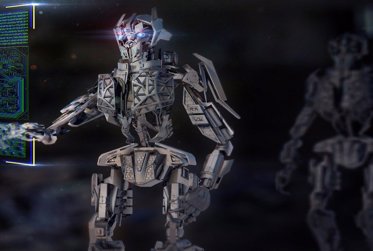