Doomsday 2012: Is the Apocalypse Off by Seventeen Years or So?

Anticipation and fervor continue to increase in the months leading up to December 2012, when it is widely believed that the world as we know it will end. Okay, that statement could have been be just a little exaggerated: though there has been some concern over cataclysmic world changes that would coincide with the end of the Mayan Calendar in 2012, perhaps it's a bit silly to assume that we're really facing Doomsday on Friday, December 21st, 2012.

This hasn't stopped dozens of authors from leaping on the subject, many stepping back from the idea of "doomsday" and watering down the entire mess to reflect "widespread global changes" and "paradigm shifts," thus making it easier to incorporate a taste of the 2012 obsession into their own writing. However, before you go ahead and add me to that list of authors, read just a bit further and you'll see that the crux of this essay actually has more to do with a different year altogether, and one that awaits us a bit further down the road.

What I'm about to present, while dealing with a number of factual presentations that pertain to future industry and technological advances in the coming two decades, will also stray a little into the realm of eschatology (the study of--or sometimes obsession with--the end of the world). I say this because I began to find a few interesting coincidences, pertaining specifically to the year 2029, while doing a little reading on a 1990s-era UFO lecturer named Philip Schneider (here's a link to his biography on the Rotten Tomatoes website).

I noticed that Schneider, like many in the conspiracy lecture circuit of his day, believed that a New World Order would be implemented in the coming decades... well, that's what he believed, at least, until he was found strangled by a catheter hose in his apartment in 1996. But the coincidence in question occurs when we look at the projected date of this "takeover": It was none other than 2029, which is exactly the same year Ray Kurzweil predicts that a sort of "Singularity" will occur between humankind and intelligent machines.

How this gets into eschatology is quite simple: a casual survey I conducted of futuristic predictions and even doomsday scenarios associated with the year 2029 turned up a lot of hits, both in science fiction and science fact. Here are a few of those instances I managed to find:

There's even a JFK link to all this, just as well: the 1991 film JFK by Oliver Stone featured the following message at the conclusion: 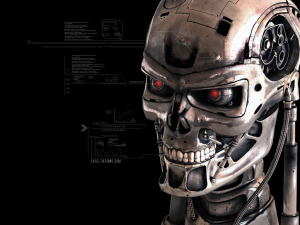 While many of those files have since been released, a wealth of information that seems to indicate a conspiracy to murder Kennedy remains unavailable.

And as a final bit of synchronicity that also delves into the world of numerology, one can see that the sum of all the numbers present in the year "2029" equals 13, since 2 + 0 +  2 + 9 = 13. Thirteen is, of course, a number long associated with bad luck and misfortune.

But before you start calling insurance agents and inquiring about doomsday-policies, keep in mind that there are an entire slew of proposed years for an apocalyptic world event that could occur in the years after 2012, and in at least some cases, even beyond the year 2029. A few of these, especially those having to with notions of a "rapture" or some other religious event, are listed at here.

It becomes very easy to start looking at coincidences of this sort and begin to draw conclusions, despite there being little or no empirical data that substantiates there being any cause for actual concern. However, the fact that Kurzweil, Bill Joy, Donald Klatz, and a few others all focus their predictions on or around the year 2029, with it being key regarding technological revolution and the like, seems to lend some credibility to the idea. This is especially the case if empirical data backs up the research these men have used to cast their mutual "2029" figure. Among these, it could be said that Ray Kurzweil is known already for having a track record of been spot-on with his predictions, based primarily on his observations of science and engineering, and how these fields effect social changes over time.

So maybe it' time for 2012 to move-over... could 2029 be the next "hot year" in the eschatological melting pot of earth-changes, paradigm shifts, and apocalyptic world-takeovers by robotic AI? Only time will tell... but so long as we haven't seen time-traveling Schwartzenegger-bots coming to destroy us from the future yet, we can probably rest easy for the time being!

“Light From Nothing” May Point to Evidence for Strange Phenomena