Who Really was the First Woman in Space?

Open any 20th Century history book and you will read that the first female ever to slip the surly bonds of Earth was a 26 year-old Russian woman by the name of Valentina Tereshkova. Young Tereshkova was launched into an orbital trajectory aboard the Vostok 6 on June 16, 1963, officially becoming the first woman to fly in space, but there are those who would suggest that this brave soul was not the first woman ever to make it into orbit… just the first one to make it home.

In the July, 1962, issue of Fate Magazine, journalist and radio personality, Frank Edwards, published an article entitled “Those Lost Soviet Astronauts,” which made headlines across the globe. In his article, Edwards proposed that translations of tracking station tapes and other intercepted communiqués indicated that between five and seven unidentified cosmonauts had lost their lives while engaged in early attempts at manned space flight.

As if that weren’t intriguing -- mot to mention horrible -- enough, Edwards further revealed that one of these cosmonauts was said to be a woman… a woman who, if the reports are to be believed, was the actual the first female space traveler in human history. But before we delve any further into this enigma, let’s take a quick look at the official story of the first woman into space. 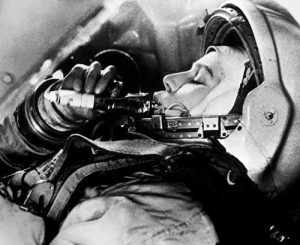 Valentina Vladimirovna Tereshkova was born the second of three children in the Yaroslavl Oblast Region of Russia on March 6th, 1937. Tereshkova hailed from a modest working-class family with a mother who worked in a textile factory and a father who was a tractor driver, both of whom had emigrated from Belarus.

Tereshkova officially began her education in 1945, but by sixteen she abandoned her formal schooling and sought work at a local textile plant to help support her family, although she managed to continue her education by enrolling herself in correspondence courses.

As a youngster Tereshkova became fascinated by the idea of parachute jumping and when she turned twenty-two she leapt at her chance to skydive train at the local Aeroclub. She made her first jump on May 21st, 1959, and was quickly addicted to the hobby. It would be her fearlessness and growing expertise in parachute jumping -- not to mention her solid “proletariat” background -- that led her to being selected as one of 400 candidates to become the first female cosmonaut.

Soviet premier Nikita Khrushchev had commanded that four women be selected and trained for a unique “woman-in-space program.” Tereshkova, with her grit and courage, managed to not only survive the culling of the first 396 applicants, but, according to official records, was the only one of the final four women selected to actually complete a space mission -- and this is where the mystery begins.

WHY WOULD THE SOVIET’S LIE? 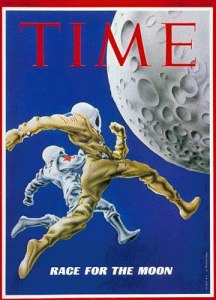 The Cold War had teetered on the precipice of a “hot war” during the Cuban Missile Crisis in the autumn of 1962, and in the years immediately preceding this potentially cataclysmic event things were not much better between the super powers. Tensions were at all time high during the tumultuous 1960s and the space race, which would last from about 1957 to the mid-70s, would come to represent the very best and worst of this treacherous tug-o-war.

With national pride, armed superiority and control of space hanging in the balance, it should come as a shock to know one that secrets were held close to the vest on both sides of this epic struggle and that failures -- be they merely embarrassing or outright tragic -- were not usually the subject of national headlines, especially when said events took place behind the once seemingly impenetrable shield of the Iron Curtain.

As aforementioned, it was Edwards who, in 1962, first introduced the world to the idea that all of the magnificent achievements of the space race were built on the often anonymous shoulders of brave men and women who were willing to -- and regularly did -- sacrifice their lives in the name of science. In 1965 Edwards book “Strange World” was published. In the chapter entitled “The First Woman into Space?”  Edwards gave a more complete account of the episode in question. Here is an excerpt from that report:

“One morning in July, 1963, the top brass of the Soviet Union lined up on Lenin's tomb alongside the five young men who have survived Soviet shots into space, and the sixth member of this unique group -- a pretty young girl named Valentina Tereshkova. Miss Tereshkova had just completed a superb orbital flight around the earth.  It was a dangerous trip and in some ways a difficult journey, but she performed well and was being given the cheers she so richly deserved.”

Edwards, however, was quick to indicate that something was amiss: 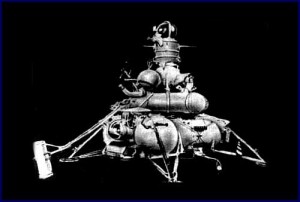 In the wee hours of February 17th, 1961, a Lunik capsule attached to a colossal booster rocket scorched skyward from the remote Baikonur Cosmodrome. The Cosmodrome -- located about 124-miles east of the Aral Sea in the desert steppes of Kazakhstan -- was the world's first and largest operational space launch facility and the Soviet’s pride and joy.

Just minutes after takeoff, tracking stations outside the U.S.S.R. detected the launch and began tracking the Soviet flight. These stations managed to record the voices of the cosmonauts piloting the capsule and they reported that they heard both male and female voices coming from inside the Lunik.

For a long week the pair reported to Baikonur mission control and other Soviet space bases at regular intervals. Day and night, the cosmonauts isolated in the tiny capsule radioed down a standard report:

"Everything satisfactory.  We are maintaining the prescribed altitude."

Eventually the techno-eavesdroppers began to grow more and more curious about this extended space flight and at the U.S.S.R.'s peculiar silence regarding it. One must remember that this mission took place during the heat of the space race and any nation who succeed in accomplishing even the smallest feat before its adversary usually wasted no time in shouting there accomplishment from the rooftops, but there was something different about this situation. The fact that the Soviet’s were keeping their mouths closed meant that something was not right, and would probably end up getting a lot worse. 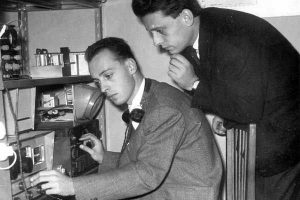 Achille and his little brother Giovanni Battista Judica-Cordiglia were gifted amateur radio operators who would achieve a modicum of fame following an article published in the April, 1965 issue of Reader’s Digest titled “Italy’s Amazing Amateur Space Watchers.” According to the article, the pair became fascinated by the workings of radios in 1949, when their mother bought them a pile of surplus radio equipment that was being sold off by the U.S. Army as discount rates.

In the late 1950s, the brothers set up their own experimental listening station in a decaying German bunker nestled in the tiny village of San Maurizio Canavese, which is located about 12-miles outside Turin, Italy. The brothers named the station the “Torre Bert Space Center,” and swiftly filled it with scavenged World War II surplus radio equipment and their own, homemade paraphernalia.

The young men decided to focus on Soviet rather than U. S. space efforts, due not only to the fact that Russia was considerably closer, but also because the Russians were secretive than the United States.  As ragtag as the efforts were, the brothers and their small band of radio-philes were soon able to illicitly monitor transmissions from both America’s Explorer 1 and Russian’s Sputnik program. 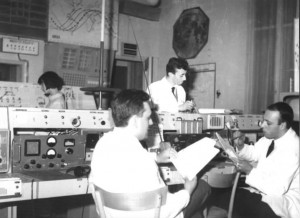 In fact, these early hackers of the airwaves, managed not only to spy on the world’s two biggest atomic super powers, but also were able to glean a plethora of information about their space programs, including both telemetry and audio recordings. It was from this information that the brothers were to claim to have found evidence of some of the most remarkable and contentious lost or phantom cosmonaut cases ever reported.

Some of these incidents included the tragic case of a cosmonaut that was burned alive while in descent from orbit and a married couple -- allegedly by the name of Ludmila and Anatoly Tokov -- who perished in each other’s arms within a malfunctioning capsule. This was not the first time that the Judica Cordiglia brothers, and others, had picked up the sounds of what appeared to be cosmonauts in dire straits. On November 28th, 1960, the brothers picked up the cryptic message: "SOS to the entire world." 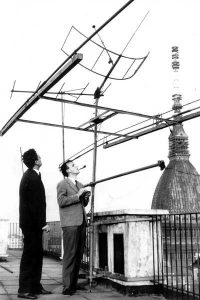 The message, which was repeated three times, came from a space vehicle that seemed to be moving away from the Earth at a fixed point. Amateur radio operators from Germany and Texas reported picking up the same message. Three days later Russia, uncharacteristically, admitted to a launch which had ended in failure, but they specifically neglected to mention that there was a human being on board. As infamous as these cases are, the Lunik episode, with its precious cargo, would become one of the most notorious of all.

In the early evening hours of February 24th, 1961, tracking stations at Meudon, Bochum, Uppsala and, of course, Torre Bert, all recorded what was to be the final broadcast from the two ill-fated cosmonauts inside the Lunik capsule. Following the now expected statement that conditions were satisfactory and that the capsule was maintaining the prescribed altitude, there was the slightest hesitation, then the male voice stated:

"We can read the dials.  The signals are not clear, however.  We see nothing."

After about a 5-second gap, the woman's voice broke in:

"Here!  Here there is something!  THERE IS SOMETHING!  It's difficult… If we do not get out, the world will never hear about it.  It is diffficult..."

Right on schedule the Soviet transmitter broke into the broadcast to announce that it was 8 PM. Moscow time. When the programmed announcement ceased there was only silence from the Lunik capsule. The men at mission control tried diligently to raise their isolated comrades to no avail. The cosmonauts had vanished into the depths of space and where never heard from again. Edwards summed up the tragedy this way:

“What happened to that first lady space flier and her companion will probably never be known, for it is highly probable that the Soviets themselves do not know.  We can only hope that whatever fate befell them was merciful and swift.

While there is no dearth of skeptics who claim that the evidence of this -- as well as other phantom cosmonaut events -- is too scant, homogenized and inconsistent to take seriously, one would be remiss in ignoring the fact that there have been a plethora of accounts hailing from post-Soviet Russia that indicate that numerous historical records were modified for scores of reason during communist rule.

In regards to the space race in particular, evidence that was unveiled in that short window between the fall of communism and the rise of Putin, reveals that cosmonauts who had been disqualified or otherwise failed to live up to the high standards of the Soviet space program were not only drummed out, but were expunged from the records and even meticulously removed from photographs.

This may not serve as proof that the first woman in space was not Tereshkova, but it lends credibility to those who suggest that officials of the former U.S.S.R. would not hesitate to conceal the tragic loss of life due to engineering or design flaws or simple human error if the admission would in any way humiliate Mother Russia.

In the end, we must not forget that what we are dealing with here is not merely an issue of national pride or historical inaccuracy, but one that deals with the loss of human life. Men and women who gave their lives for such a noble goal. We also must not ignore the friends and family who were forced to mourn the loss of their loved ones in the deep silence that once reigned behind the Iron Curtain.