Will Future Technology Improve Our Ability to Observe UFOs?

Aside from the broader subjects regarding strange phenomena and UFOs that I feature in my articles, I also have a wide variety of academic subjects which, mostly on a basis of private correspondence with different individuals around the world, I spend time probing and discussing. In particular, among these are frequent speculative forays into what technology of the future will be like, and how it will change the world we know today in the coming years.

This question is very relevant to Ufology, just as well. In order to illustrate this, I'll bring to attention here an exchange that took place recently in one of the UFO groups of which I'm a member. There, one of the users made the observation that with the modern availability of CGI and the other software used to manipulate software and video, it has become more difficult to spot "real" UFOs. "(The) 1966 timeline for UFOs seemed to be a somewhat serious affair," he wrote. "Nowadays with Youtube/Computer generated hoaxes and so forth, makes UFOs sightings sheer nonsense. What is a real sighting? And what is CGI?"

This is a tricky question, indeed. Here was my response:

"You know, I often see people saying that in the digital age we now live in, people should be seeing UFOs all the time; and unlike in decades past, we should now also be able to film them readily, since we're armed with cell phone cameras and other varieties of digital media that allow the quick capture and sharing of photos and video. But along with the good comes the bad: the accessibility and ease of use of technology now also allows for deliberate hoaxes to be churned out with remarkable speed and consistency. Indeed, the lines between "real" and "hoax" are further blurred once we posit the disinformation approach... vast government disinfo conspiracies become last-season in a world where digital manipulation of real life has become the norm. Thus, as technology increases exponentially, in some ways it may in fact become far more difficult to determine the credible instances of UFO phenomena in the future, rather than the expected ease of access to the once very distant and mysterious UFO enigma."

Indeed, how is it exactly that we are expected to understand the phenomenon, at least when various media is brought to the table as "proof"? If one thing can be counted on with utmost certainty, it will be that the accessibility--and effectiveness--of computer manipulations will only increase in the future. Therefore, it seems that the best, most credible proof, instead of being the photographic variety, will instead have to stem from other mediums.

One suggestion is, of course, the multiple witness sightings, which can allow testimony and details to be corroborated with one another. However, there are even problems here: issues like confabulation, where one viewer may be more likely to provide testimony according to what his or her friends say they saw, remains a near-constant. Even in the event that witnesses to an event are all corralled together and questioned independently with the greatest care, there is always the risk that one's opinions about what they saw will change over time, and that their descriptions will be altered slightly, too. Though this may not be enough to deconstruct the merit of careful investigations involving multiple-witness UFO encounters, this may still present fertile ground for questions and confusion, even where the best evidence has been laid out carefully. 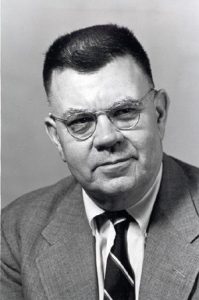 But another idea, rather than excluding photographic evidence altogether, would call into question the use of supplemental devices that could be used to corroborate photos. Ideally, such corroborative evidence might include satellite monitoring data, radiation detectors (Geiger counters), and radar systems, all capable of detecting information about an object including the presence of radioactivity or ionization in the nearby atmosphere, as well as a better determination of its actual position at the time of the sighting.

This presents problems too, however. For one, most civilians don't have access to radar systems of this sort. Geiger counters and radiation detection equipment, while still accessible, remains expensive when it comes to getting the models best-suited for use in such field work. Satellite data, while accessible to humans in the form of Google Maps and GPS software, is harder to gain access to when it comes to monitoring geographic regions in near-real-time. Thus, what we've begun to summarize here appears to be the sort of scenario where officialdom would have to take over: specifically, we're looking for scientific organizations and universities, perhaps working in cooperation with military and air bases in the locality, who would take the UFO question seriously and dedicate time to it.

This all begins to sound very familiar... oh yeah, the US Air Force already conducted studies similar to this, later aided by the University of Colorado with USAF funding, throughout the 50s and 60s. And their determination of the UFO problem back in 1969, based on the findings of Edward Condon and his ilk: that the phenomenon warranted no further study or investigation, since little or no scientific gains could result from the study of UFOs.

This became the death nail for the scientific study of UFOs; indeed, we haven't seen the credible degree of scientific research in years since, at least on part of officialdom, that took place during this crucial period in United States history. Peter Sturrock, a critic of the so-called Condon Committee's findings, wrote in the 1980s that the thusly-named Condon Report was, "the most influential public document concerning the scientific status of this UFO problem. Hence, all current scientific work on the UFO problem must make reference to the Condon Report." These references, in turn, all typically downplay the phenomenon, based on the findings of those researchers who first took up the task of poking holes in the UFO mystery more than half a century ago.

But Condon and the Air Force's Project Blue Book, while they did have radar, Geiger counters, and a few other helpful technologies we'd outlined earlier, didn't have access to the kinds of satellite technology of the present day. They also didn't have the kind of computerized data storage and information systems that might better spot trends in data, and help determine elements about data being collected that could point to where the next sighting might occur, or even what the underlying purpose of such appearances may have actually been. It's high time that the scientific community starts taking UFOs seriously again, and with the inclusion of modern technology that could aid in better understanding the phenomenon, perhaps they'll do what Project Bluebook and the UFO investigators of yesteryear really failed at doing: providing a foundation of credibility and open-minded scrutiny upon which to build the foundation for future studies.

Ignoring a problem and pretending it isn't there doesn't solve that problem, folks... wish someone had told Edward Condon that way back in 1969! But to answer our original question of whether future technology will improve our ability to observe UFOs, it certainly could... this, however, will rely much on whether those armed with said technology will decide to treat the UFO enigma as something worthy of such studies.