When it comes to UFOs and insider sources willing to impart apparently extraordinary and secret information on UFOs, we hear a great deal. The alleged revelations of the notorious "Falcon" in the affair of MJ12 and Roswell is a perfect case in point. And, of course, it's just one of many! But, what we don't often get is insight into how, why and if the Government takes note of what these saucer-themed Deep Throat's" are saying to those of us within the the UFO research community. But, just occasionally, we do get to see a bit of what goes behind the scenes, and how the official world keeps watch on certain people determined to leak classified UFO data.

And the case I'm referring to here has to do with NASA's Gemini program...

As far as the Gemini program is concerned, NASA states: “The National Aeronautics and Space Administration announced December 7, 1961, a plan to extend the existing manned space flight program by development of a two-man spacecraft. The program was officially designated Gemini on January 3, 1962.”

And now: onto the Gemini/UFO connection; an admittedly very strange story that surfaced in the pages of a report prepared by what became known as the Condon Committee – a wholly informal title for the University of Colorado’s UFO project that ran from 1966 to 1968, under the direction and control of a physicist named Edward U. Condon.

As prime evidence of the link between NASA’s Gemini project and the mystery of unidentified flying objects, take careful note of the following, particular section of the official documentation generated during the course of the work of the Condon Committee, which focused upon three NASA/UFO events that the committee came to believe had not been resolved to a wholly satisfactory degree.

Those particular events were recorded by the committee in the following fashion:

We may never really know if McDivitt’s sighting was of a genuine UFO, or, as some later concluded, of the second stage booster of his very own Titan II rocket. There is, however, a very conspiratorial footnote to this potentially important affair.

A heavily censored, formerly classified FBI document of September 2, 1965 gives every indication that a source within NASA had access to incredible UFO data – and it was data that had a direct and distinct bearing upon the Gemini 4 mission, no less. And, furthermore, recorded the FBI, this very same individual was reportedly intent on covertly forwarding the data on to persons without any form of official clearance, or ties to NASA, whatsoever. 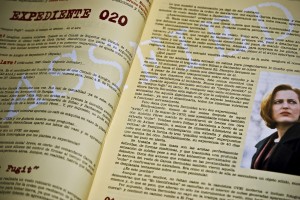 According to the presently available FBI memorandum, the source, whose name to this very day remains fully removed from the official record, had informed special agents at the FBI office at Pittsburgh, Pennsylvania that two people - one of whom was described by the FBI as being a graduate student at Pittsburgh University - were “acquainted with a NASA employee [name wholly censored by the FBI], and have stated that he furnishes them information by mail about unidentified flying objects (UFO) which he obtains from NASA files. The source believes that the information may be classified.”

The FBI documentation on this matter continued in remarkable tones: “The source said, for example, that [censored] had seen a motion picture film showing a missile separation and an UFO appearing on the screen. Prior to the flight of Gemini 4 [censored said] to watch out for something interesting because the space ship had devices aboard to detect UFOs.”

Solid proof that the information divulged by the NASA employee was considered to be somewhat sensitive in both its nature and its content is clearly demonstrated by a further extract from the document that is still contained in the FBI’s archives to this very day:

“[The NASA source] posts his letters in a mail box away from NASA and puts hairs in the glue of the envelope so that the addressee can determine if the envelope was opened. This source stated he had no reason to believe that the information was going to any foreign power.”

Although heavily redacted by the FBI prior to its declassification, the content of this particularly eye opening document raises a number of important issues, such as who, precisely, was the NASA whistleblower? From where, exactly, was he securing his seemingly classified UFO information? And: what of the allegations of the NASA Deep Throat to the effect that Gemini 4 was equipped with certain, unspecified devices to monitor for UFO activity while in space?

Whatever the truth of the Gemini 4 UFO story, these particularly curious revelations that originated with none other than the FBI, can only leave us with a very nagging and strong suspicion that we may not have heard the last of UFOs, NASA’s Gemini program, and its mysterious whistleblower – not by a long shot.