What are UFOs? Are they strange craft, piloted by visitors from other worlds? Are they merely the weird looking products of secret government projects that seek to build advanced aircraft for military purposes? Or, given the possibilities that may exist, could they be something else entirely?

Though it seems obvious now, based on the way I've framed the questions above, in truth what we might call "the UFO enigma" has to do with a broad variety of different kinds of strange phenomenon. Each potential solution constitutes its own individual area that could be researched and studied independently, and adds its own various array of mysteries that pertain to the broader phenomenon we call UFOs... and we actually stand to gain from making this distinction.

Indeed, though as I've mentioned it may seem quite obvious that UFOs could be any number of different things, I've long advocated breaking apart the various aspects that have become associated with ufology--things that might include abduction reports, claims of contactees, etc--so as to better illuminate (and with scientific consistency) what can be discerned solely about UFO aircraft. Strange though it may sound, especially after decades of research based on the assumption that UFO craft may represent extraterrestrial intelligence, wouldn't it be surprising if we found that perceived "alien abduction" actually had nothing to do with reports of UFOs seen whizzing through the heavens?

Within the realms of the unexplained, this is a hard concept for many to consider. Years and years of careful research appear to have contributed to the development of a hypothesis that suggests how humans have been corralled and studied for decades--perhaps centuries--in an effort by extraterrestrial visitors to hybridize our species with theirs, in order to save themselves (or do God knows what else aliens might potentially have in mind for a lesser advanced race such as ourselves). 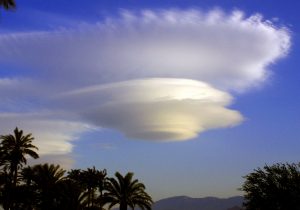 Though we cannot simply dismiss reports of those claiming to have had experiences involving abduction by alien beings, in scientific terms it also becomes difficult for us to correlate these things directly with UFO reports. Sure, there are a handful of reports that do seem to make definite connections between the two areas: my favorite remains the Hickson and Parker abduction, that took place near Pascagoula, Mississippi in 1973. Neither of the men required hypnotic regression to be able to recall the events from that terrifying evening, which involved a bright blue light descending over the nearby bayou, and three otherworldly beings with elephant skin and carrots for noses grabbing them and whisking them aboard their giant metallic egg, followed by an examination by what the abductees described as a large "eye."

This case stands out among many of the rest, in my opinion, since it is one that does omit the use of hypnotic regression and other murky areas involved in the general study of UFO abduction. But the point here isn't to get into discussion about the validity of claims of those experiencing bedroom encounters with strange beings; the question, instead, is whether such things can (or should) be directly related to UFO research? Might we stand to better discern some details about the mystery of strange aircraft seen in our skies, if we look at those reports independently from claims of abductions and the like? Much the same, if we expand our knowledge base regarding earthlights and naturally-occurring atmospheric phenomenon, might we again stand to gain, in terms of better being able to discern credible data from what might be "real" UFO reports, rather than potential misidentification of other things?

It may sound counter-intuitive, but our best hope for advancing in the field at present may be to take what we presently call Ufology, shatter it into pieces, and then try and put it all back together, paying close attention to how the pieces fit. To our great surprise, we may just find that some of the pieces don't fit at all!

Night of the Wicked Priest 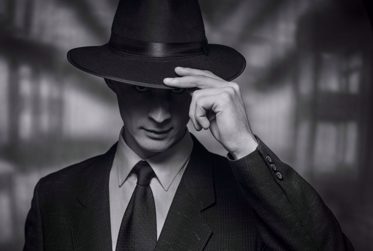