In his classic book The Mothman Prophecies, author John Keel made it clear that he was no stranger to general weirdness. In addition to being followed around by MIBs, demented Keel-clones, and dark critters that go "flap" in the night, it's also probably worth nothing that even his phone line was hardly exempt from receiving spillover of the supernatural kind.

In fact, we might as well get things off to a good start by adding a heaping dose of synchronicity: just as I was sitting down to write this piece, my phone inexplicably lit up, then shut itself off completely, and restarted. I usually ignore this kind of thing... but for some, it's enough to keep one's paranoid fantasies close to the edge for days at a time. With regard to my own situation, this isn't the only time my phone has appeared to come to life on its own, and activate or deactivate itself arbitrarily. For several months now, I've been experiencing a remarkable amount of Keelian weirdness regarding my cellular phone... and in truth, I might as well admit it: I've kind of got a history with this sort of thing.

To set the stage for what kind of telephonic hijinks I'm referring to exactly, I'll first recap some of the things John Keel had been describing back in the late 1960s. In addition to his ongoing pursuit of awkward acting, strange dressed "weirdos" and the more stereotypical Men in Black, John Keel also described having a number of issues with his telephone line. Beeps and static were rife throughout many of his calls, and he also claimed to have heard portions of previous conversations being replayed at times, which he surmised as being a form of "intimidation tactic." Even more curiously, Keel would go on to find that many witnesses of weirdness he would go to visit would describe similar phenomenon; occasionally such calls would only occur while Keel was visiting, and strangest of all, some would claim to have received calls from Keel himself, when he was certain no such call had been made! 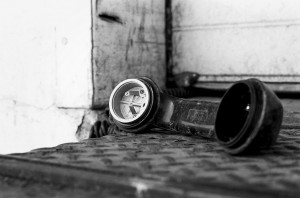 My own early experiences with telephonic weirdness actually began years ago, when I was working regularly with Joshua P. Warren's LEMUR group. Josh would call me pretty often in those days, sometimes rapping back and forth into the wee hours of the morning about various things. Often, our discussions would gravitate in the direction of what I, again, prefer to call "Keelian" phenomena (rather than "Fortean," at least so far as when the subject matter has direct relevance to John Keel or the subjects he focused on a lot). Things would often get funny, however, as soon as we would begin to discuss anything having to do with Mothman. When we broached this strangest-of-subjects, we quite often would find that our conversation would be interrupted by strange audio, or even disconnected altogether.

On one occasion many years ago, around the month of April Joshua had begun to get a distinct impression that there might be some particularly unusual occurrences going on. This had merely been a hunch on his part, as I remember, but subsequently we had been discussing various matters of strangeness, when we came back around to the subject of Mothman. As if on cue, we were suddenly disconnected; but here's one of the curious things about this instance: neither of us were on cell phones! Indeed, we couldn't chalk our severed line up to being poor reception or a "drop zone" one of us had passed through while driving. So naturally, I had gone about trying to reconnect with Josh, and I pressed and held the redial button for a moment. Upon doing so, I could again hear movement on the other end of the line, followed by Joshua punching the keypad as he tried to reconnect. It was the moment that he put the phone to his ear and found that we were already connected that we both noticed a faint sound in the background: a busy signal, the likes of which one is used to hearing if they become disconnected from a phone line!

"Wait, listen... do you hear that?" Josh said excitedly. Of course I heard it, and we both went scrambling through our respective homes to make sure there hadn't been a phone off the hook elsewhere. Indeed, it sounded as though a third line had connected to our conversation from some place, though they had obviously failed to disconnect from the call at the time Josh and I lost signal.

This sort of unusual phone activity would continue for a number of years, and in my case, right up to the present. Do I think I'm being monitored by government officials, MIBs, or space aliens, you might ask? In truth, I don't really think this is the case, knowing the variety of glitches and bugs that cell phones in particular can fall victim to. I'll admit, however, that it is a bit strange at times; on one occasion this past summer, I had been having a late-night esoteric discussion with a friend of mine at her apartment, when I glanced over and saw that the "message alert" LED light on my phone was on. This isn't outside the ordinary in itself, since this light often begins flashing if a text message or email is received. But in this instance, the light was just staying on, and there were no messages! I even recall joking at the time that "it looks like we're being monitored!"

We laughed about it, and I subsequently shut my phone off for good measure. While I haven't been given good reason to think I'm under surveillance by the MIBs yet, I'll start to worry if my friends start getting calls from people claiming to be me, or if similar calls forwarded to my own cellphone start replaying clips of earlier conversations. Then again, such things may be nothing sinister at all... for all we know, playing messages back to people and acting like an all-round creep may just be ET's way of "phoning home"!