Staring into the Optical Subspace: Geekology of the Ganzfeld Technique

Ganzfeld... this peculiar word sounds like it should be the name of a prominent wizard-type character from Tolkien's Middle Earth; and yet, the actual meaning behind the term "Ganzfeld Technique", while far more esoteric in an rather literal way, is nonetheless quite recognizable once described... and even for those who don't make the immediate associations between the practice and the process underlying it.

The Ganzfeld Technique, to put it in general terms, denotes the use of ping pong ball halves placed over the eyes with hope of inducing an altered state of consciousness. This is achieved by allowing the participant to be fooled into perceiving an optical illusion, as presented by the luminous white subspace that seemingly hovers right before the eyes. The optical illusion that becomes apparent, however, can hardly comprise the essence of the experience, let alone justify it's popularity in tests of the psychic kind over the last several decades. 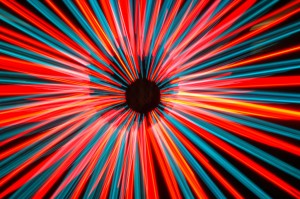 Every so often, we see wholesome offerings that deal with such seldom-discussed subjects, and one recent article, appearing at the Mind Hacks website, does just this. Well, in truth, the article is really a synopsis regarding a special issue of the science journal Cortex (which deals with cognitive science), which recently featured an entire issue dedicated to "the neuropsychology of paranormal experiences." In it, a number of different descriptions of Ganzfeld-inspired visions people have had are described, attained during these individuals' experiences with of the sorts of hallucinatory effects the Ganzfeld technique is so famous for causing.

I should note here that I too have experimented with this simple, mind-altering technique a number of times in the past, and even recount many of these experiences in my book Magic, Mysticism and the Molecule. Arguably, part of what could have contributed to any hallucinatory circumstances in my particular case may have had more to do with the company I kept at the time. In fact, I'd wager that many of you would also see aliens and non-Euclidean geometric tesseracts if you spent enough time wearing ping pong balls over your eyes while Joshua P. Warren leaped around in his living room, brandishing colored lights in each hand and waving them over your face; I've had this happen more times than I'm proud to admit (and verily, such circumstances can at least partially be attributed to why the aforementioned book ended up being dedicated to Warren and his mischief, which I've grown to admire and appreciate more and more a time passes... but I digress).

In conjunction with many of the Ganzfeld experiments I undertook while writing Magic, Mysticism and the Molecule, I explored with equal enthusiasm the strange process of mirror gazing; specifically a setup popularized in the research of Dr. Raymond Moody, M.D., which he calls the psychomanteum. Despite having some interesting experiences using the Ganzfeld technique, the mental processes that one engages while gazing into reflective surfaces in a dark room never cease to amaze me; below is a brief recounting of one session I relate in my book, which took place in Warren's own homemade "theater of the mind" (a.k.a. his spare bedroom, equipped with a comfortable chair and a fairly large mirror on the adjacent wall):

Who knows exactly what may be the cause behind such anthropomorphisms that one tends to muster while gazing into dark reflective surfaces... or in the case of the Ganzfeld experimenter, the whitewashed 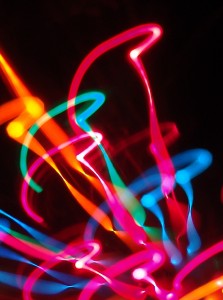 optical depth that is so conducive to a variety of geometric weirdness and utterly fantastic visions from the mind's playground. Rather than to try and surmise some rationale for this phenomenon myself, I'm content for now to leave you with this meditation, penned by the French writer of tragedies, Pierre Corneille, who said that, "An example is often a deceptive mirror, and the order of destiny, so troubling to our thoughts, is not always found written in things past."

Perhaps, then, we might guess that the order of destiny can be discerned from things written at other times--the future, for all we know--or at any other temporal junction one could imagine, so long as it isn't that fleeting moment that so often escapes us; that which we call the present. If this weren't the case, it is hard to understand what archaic circumstances otherwise might have drawn our predecessors toward the reflective surfaces and smoky diffusion that, to this day, yield potential for altering our conventional notions of reality... and all by merely gazing into them.