The Ancient Nukes Question: Were There WMD’s in Prehistoric Times?

There are a number of ancient city sites throughout the world today, existing in remnants of lost metropolises and societies from the past, that boast curious, history-altering potential that are both incredible and terrifying. It seems very startling, for instance, that places like Mohenjo-daro, a once prosperous ancient city in modern day Pakistan, seems to bear trace evidence of some kind of cataclysmic event in it's historic past that, even by today's standards, remains difficult to explain.

Granted, if we are to utilize modern conventions available to us in the present day, a number of the peculiarities about this particular location can (and do) bear remarkable similarity to the aftermath of a nuclear explosion. The problem, of course, is to attempt to reconcile with the anomalies of places like Mohenjo-daro by asserting that nuclear explosions--the likes of which have been seen previously only at places like Hiroshima and Nagasaki during WWII--could have occurred thousands of years ago. 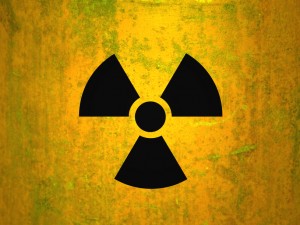 While I'm hesitant, as many probably should be, to say there is definitive proof of nuclear weapons being used in ancient or even prehistoric times, I don't think it can be argued that nuclear events of some variety--perhaps even naturally occurring--did occur in Earth's distant past. In my latest contribution to the ongoing series of anthologies released by New Page Books, titled Exposed, Uncovered and Declassified: Lost Civilizations and Secrets of the Past, I chose to address this rather touchy subject specifically. This is both due to the fact that the idea of ancient societies with advanced technology has always fascinated me, as well as the fact that I do think that a wealth of information exists that can be directly linked with prehistoric nuclear events.

One interesting example of this is an article that was penned by researchers Richard B. Firestone and William Topping, titled “Terrestrial Evidence of a Nuclear Catastrophy in Paleoindian Times.” The article appeared in Mammoth Trumpet Magazine's March 2001 issue, and recounted curiously high levels of radiocarbon data gathered from the Great Lakes Region of the United States. According to the authors, "The entire Great Lakes region (and beyond) was subjected to particle bombardment and a catastrophic nuclear irradiation that produced secondary thermal neutrons from cosmic ray interactions." Indeed, it was a wide scale nuclear event dating back to Paleo-Indian times, and though the authors speculate that a supernovae might have been the cause for the event in question, it remains uncertain exactly what else could account for such an anomaly.

While this event (which I'll argue does prove that nuclear events, albeit natural ones) could have occurred in our prehistory, places like Harrappa and Mohenjo-daro in modern day Pakistan present a number of problems that aren't so easily reconciled. In addition to the presence of vitrified stone, the likes of which was discovered after being melted by the intense heat of the atomic weapons used in Japan during WWII, there have also been stories regarding incredible levels of radiation among the bodies of those found at Mohenjo-daro. Russian munitions expert and researcher Alexander Gorbovsky wrote in 1966 that the radioactivity in question was, in fact, as much as fifty times higher than average.

What could possibly account for such strange circumstances at the excavations of ancient city sites and other locations? Can we chalk all such instances up to being random acts of nature... which conveniently appear to have targeted specific metropolises of the ancient world? Must we consider that our ancestors could have indeed harnessed the power of the atom thousands of years before the Manhattan project performed its tests at Alamogordo, or could there be other scenarios (even otherwordly in nature) that are at play here?

The Internal Intelligence Explosion: A New Kind of Conspiracy