A Foray into Forteana: The Magic and Philosophy of Charles Fort

"I believe nothing," wrote Charles Fort, the late and much revered chronicler of anomalies, in his 1931 book Lo! "I have shut myself away from the rocks and wisdoms of ages, and from the so-called great teachers of all time, and perhaps because of that isolation I am given to bizarre hospitalities. I shut the front door upon Christ and Einstein, and at the back door hold out a welcoming hand to little frogs and periwinkles. I believe nothing of my own that I have ever written. I cannot accept that the products of minds are subject-matter for beliefs."

While the statement above continued in the original text, going on to reference a manna-like edible substance that fell from the sky over parts of Asia, this excerpt defines the essence of Charles Fort's unique philosophy. While he was best known for being a collector and compiler of strange facts related to anomalous happenings, throughout his life and many written works, he boasted not only a curiosity for the unexplained with interest in documenting such happenings, but also exemplified a unique brand of rational thought that many of us could still benefit from studying today. And perhaps among the most important of all the lessons we could hope to gather from Fort, studying his writings makes it easy to see that the man never seemed to take himself too seriously.

This, of course, is quite an issue for those entrenched within the opposing worlds of science and religion. The debate between these two warring factions has raged for centuries already; ever since man first began to question the rationale behind his own superstitious leanings. Fort, of course, was no stranger to any of this, and seemed content to discount them both in equal measure, and with a bit of humor, of course:

"We hear much of the conflict between science and religion, but our conflict is with both of these. Science and religion always have agreed in opposing and suppressing the various witchcrafts. Now that religion is inglorious, one of the most fantastic of transferences of worships is that of glorifying science, as a beneficent being. It is the attributing of all that is of development, or of possible betterment to science. But no scientist has ever upheld a new idea, without bringing upon himself abuse from other scientists. Science has done its utmost to prevent whatever science has done."

Fort's brand of humor and irony often gave him the appearance of the coy curmudgeon, commenting from the sidelines--but never waving his arms in doing so--with an almost libertarian approach to the notion that any and all knowledge or data should be contemplated fairly and evenly, and in the absence of gross cultural stagnation. He equally went after the various scientific establishments of his day, whether they be Einsteinian Relativity, or Darwinist Evolution, and chose to question all, giving the entirety of his intellect to none. 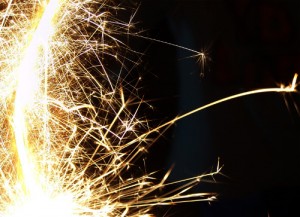 However, Fort's treatment of what he called magic is where the man's own acceptance (perhaps not quite yet having evolved into full blown belief) of strange phenomenon became most apparent. "I knew a magician," he wrote in Wild Talents (1932). "I was a witness of a performance that may some day be considered understandable, but that, in these primitive times, so transcends what is said to be the known that it is what I mean by magic." Indeed, Fort's longing for reconciliation between the known tangibility of reality, and the disparate qualities of the unexplained, caused him to evoke the notion of "magic" on many occasions, as though struggling for a way to convey the impossible, and yet to do so with terminology that would clearly and effectively disseminate his own feelings.

"My general expression is that all human beings who can do anything; and dogs that track unseen quarry, and homing pigeons, and bird-charming snakes, and caterpillars who transform into butterflies, are magicians. … Considering modern data, it is likely that many of the fakirs of the past, who are now known as saints, did, or to some degree did, perform the miracles that have been attributed to them. Miracles, or stunts, that were in accord with the dominant power of the period were fostered, and miracles that conflicted with, or that did not contribute to, the glory of the Church, were discouraged, or were savagely suppressed. There could be no development of mechanical, chemical, or electric miracles — And that, in the succeeding age of Materialism — or call it the Industrial Era — there is the same state of subservience to a dominant, so that young men are trained to the glory of the job, and dream and invent in fields that are likely to interest stockholders, and are schooled into thinking that all magics, except their own industrial magics, are fakes, superstitions, or newspaper yarns." - From Wild Talents, 1932.

Indeed, the essence of Fort's understanding of the world around him, and thus all he might have hoped to achieve through his pursuit of the strange and unusual, seemed to culminate in the curiosity surrounding concealed and misunderstood powers that shock and amaze the masses. What else could one call a telepathic feat, for instance, other than "magic?" While some may dispute this, the very definition of "magic" can be summed up as follows: the power of apparently influencing the course of events by using mysterious or supernatural forces. Indeed, mental feats such as telepathy and other psychic prowess would certainly seem to fall within this justification, if only by definition alone; Fort seemed to employ this definition to his benefit quite often, in attempting to disseminate and discover the mysteries of our time.

But always careful not to give himself entirely to any single thought or expression, Fort also was wise enough to sever his ties to the direct human elements involved in so much of his own research; in likelihood, he would have included his own earthy perspectives a part of this greater body of "humanity" through which perceiving the unusual can tend to get cloudy. "My liveliest interest is not so much in things, as in relations of things," he wrote in 1932. "I have spent much time thinking about the alleged pseudo-relations that are called coincidences. What if some of them should not be coincidences" While this statement seems to clarify parallels with the Jungian notion of synchronicity, it also illuminates somewhat Fort's own thought processes regarding the greater body of the scientifically anomalous, and their relation to our perception of reality as people. "Things," as he said, did not interest him so much, though the relations of those things bore the very essence of reality.

Stopping to ponder this for a moment, indeed we often allow ourselves to get caught up and even preoccupied with the "things" themselves when it comes to studying the unexplained; far less often are we willing to try to interpret the data such "things" represent, and hope to gather and learn from the implications thereof. If we are to gather anything from Fort's writing and philosophy, perhaps it is this: focus less on those great and gaudy "things." Though they comprise the essence of what we, as researchers of the unexplained, might hope to document and understand, preoccupation with them only serves to distract us to the subtleties that tie them to our own existence.

Indeed, Mr. Fort was far wiser than the conventions of his day would seem to allow; and thus today, we may yet stand to gain from giving a few of his stark and ponderous old ideas more than a mere passing glance.

Mountain of the Dead: The Dyatlov Pass Incident