Just recently, I was giving some thought to which UFO-related stories could be considered the most outrageous, controversial and sensational in nature and content. Well, I know one thing for sure: there's certainly no shortage! But for one that really stands out, we have to turn to a long-forgotten saga and a man named Samuel Eaton Thompson, who claimed an encounter in March 1950 that certainly set the scene for a whole range of similar Contactee-like tales that would soon follow in its bizarre wake. The respected UFO authority Jerome Clark justifiably described Thompson’s story in his classic title, The UFO Encyclopedia,  as “surely the most outlandish story in early UFO history [and] also one of the most obscure.” And, with that said, read on...

That Thompson's tale surfaced on April-Fool’s Day in 1950, has led some commentators to suspect that his claims were merely borne out of a good-natured prank; others, meanwhile, are not quite so certain that fakery was a dominating factor. As Thompson told the story, on the night of March 28, 1950, he was driving between the towns of Morton and Mineral, Washington State: he had been visiting relatives in Markham and was headed towards his Centralia home. Tired, and needing a break, Thompson pulled his vehicle over to the side of the road in a heavily-wooded area, and took a walk along a nearby logging-trail. He was shocked to the core by the scene upon which he stumbled.

As he reached a clearing in the trees, Thompson maintained that sat before him was a large object, “shaped liked two saucers fused together,” that was around eighty-feet in width, thirty-feet in height, and hovering very slightly above the forest-floor. Two naked and heavily sun-tanned, human-like children were blissfully playing near the entrance to the craft, which could be accessed via a small ramp. 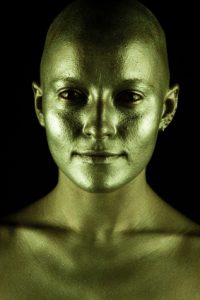 Thompson added that as he got to within about 50-feet of the craft, he felt extremely hot; at which point several adults – humanoid, “attractive,” and also naked – appeared in the doorway of the strange object. When Thompson succeeded in convincing them that he meant no harm, they invited him aboard what he quickly deduced was an alien spacecraft; but not before being made to remove his shoes and socks.

Thompson learned from the crew – who spoke in a stilted form of English - that there were twenty adults and twenty-five children aboard the craft, who originated on the planet Venus, and that this was not merely a space-vessel: it was their home, too, as they adventurously explored the solar-system. Strangely, as Jerome Clark noted when commenting on Thompson’s recollections, the entities seemed to operate “more by instinct than by intellect.”

As Thompson watched the aliens’ actions, he noted that although they understood which levers to pull and which buttons to press to operate their craft, it was all done parrot-fashion, and without any actual understanding of their actions.

Evidently, this didn’t bother Thompson: he claimed to have spent forty hours romping around the ship – during which time 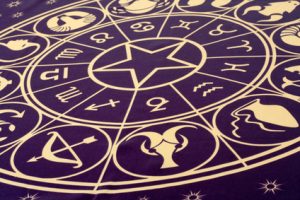 he learned a great deal, such as the revelation that several of their craft had been shot-down by military forces on Earth; and that everyone of humankind’s problems stemmed from astrology, and specifically because human-beings were born under a variety of star-signs (which always led to conflict), whereas Venusians were all born under the sign of – what else? – Venus.

And Thompson seemed to accept, quite matter-of-factly, the startling assertions of the aliens that he, Thompson, was nothing less than a fully-fledged, reincarnated Venusian! Thompson was also told that the aliens were vegetarian, enjoyed excellent health, and desired to help us by ushering in a new era of humanity that would culminate in a return to our planet by Jesus Christ in 10,000 A.D.

According to Thompson, he remained on the spaceship until March 30. He did admit, however, that at one point he quickly returned home to get his camera, so that he might capture the moment on film for posterity. The photographs came out as either “just blank” or as mere blobs of light. Before he finally left for good, Thompson was given a friendly warning by his cosmic friends that he should keep “certain information” strictly confidential.

Whether or not the aliens were impressed by Thompson’s decision to spill the interplanetary beans to the Centralia Daily Chronicle on April 1 is unknown. However, since Thompson was not blessed with a return visit from the Venusians, we might correctly assume they were hardly cheered by his decision to blow the whistle on their actions.

There is an interesting sequel to this odd affair: after Thompson’s story hit the headlines, none other than Kenneth Arnold interviewed Thompson. He concluded that Thompson was not a purveyor of fakery. Rather, he believed the man had undergone some form of psychic experience – “whatever that actually means,” as Jerome Clark wryly commented.

Many people would simply relegate Thompson’s odd, and frankly unbelievable, tale to the garbage-can, and maybe their actions would be justified. Yet, such similar tales literally abound within the domain of the Contactees. Sensational, controversial and outrageous? Yes! Truth? Fiction? Hallucination? Wishful-Thinking? We'll probably never know...