Do Genetically Engineered “Superviruses” Pose a Threat to Humankind?

The short answer to the title of this post is "yes." Obviously, anything capable of causing devastating illness among large portions of the world's population should be quite concerning to all of us. However, as is the case with a particular circumstance at present regarding the creation of a new kind of synthetically engineered super-flu, experts are advising that we not break out into a panic just yet.

Indeed, new experimental procedures have successfully created what scientists call H5N1, which amounts to being a synthetically-mutated form of the H1N1 virus that has caused great concern (and legitimate harm) around the world. This is already old news, since the first mention of the new "mutated" form of the virus came out late last year; but experts who have attempted to qualm the fears of the public have had little success in dampening the worry associated with how such a potential killer might escape into the world at large. 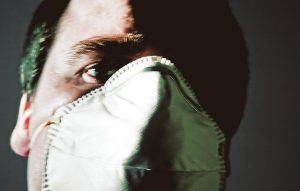 Described as "a virus that could kill tens or hundreds of millions of people if it escaped confinement or was stolen by terrorists," the new super flu has indeed managed to elicit concern from a variety of disciplines; some in the scientific community are worried that the virus should never have been engineered at all, and that it's existence is of little value, since the particular mutation in question would likely never have occurred naturally in the first place. Hence, why studying H5N1 in it's mutated form would be of any justifiable merit--weighed against it's potential dangers--seems questionable.

Then from the perspective of national security and potential "germ warfare," there is always the possibility that such a virus, falling into the wrong hands, could wreak havoc on an unsuspecting population, especially in the event that vaccines or other suitable measures for containing and treating the illness weren't available (and this would likely be the case if, God forbid, the populace in question were caught off guard). In an editorial that appeared in the New York Times Sunday Review, the author espoused concerns as follows:

"We nearly always champion unfettered scientific research and open publication of the results. In this case it looks like the research should never have been undertaken because the potential harm is so catastrophic and the potential benefits from studying the virus so speculative."

The Erasmus Medical Center in Rotterdam has served as the center for the controvertial H5N1 studies, as this was where attempts at learning how a virus that normally would not infect or spread among a human populace might become highly communicable. Tests performed on ferrets, which respond nearly identically to humans with the spread of influenza, showed that five mutations induced in the laboratory (hence the "H5") allowed for the strain to become airborne in its virality.

At present, two scientific journals plan to publish information about the mutated strain, though officials have asked that information regarding the specific processes induced in the lab that allowed the mutations be redacted, so that those with ill intent may not have access to the information necessary to simulate the outcome of this highly dangerous synthesis. Then again, there have been some pretty strange things that have appeared in scientific journals recently... hopefully the information regarding H5N1 that is released will not allow any potentials for the spread of dangerous infectious disease, especially where no threat had (or perhaps ever would have) existed previously.