Getting the Twitch: Mass Hysteria and “Mystery Symptoms” Spread at New York School

Last fall, a series of strange circumstances had befallen a number of students in the Le Roy Central School District in New York. Tests were being performed on soil and other for various molds and quality of air, in addition to the potential for side effects resulting from a number of drugs and vaccines, with hope of confirming some cause for various kinds of strange behavior erupting among a handful of students.

In total, twelve children had begun displaying odd “symptoms,” described primarily as “tics and impulsive verbal outbursts” similar to the popular neurological disorder Tourette's syndrome. And yet, despite concerns (and even widespread belief among parents) that there may have been environmental agents acting on these students, no evidence was ever found as to what, precisely, had been causing the disruptive behavior.

The situation hadn’t drawn as much attention since news first broke during the latter portion of last year, that is, until Monday morning when Reuters news service carried a story describing that three more individuals have been added to the list of students affected by the “mystery illness.” District Superintendent Kim Cox addressed the strange circumstances publicly over the weekend, according to the Reuters report; for the time being, amidst continued concern over what may be causing the strange behavior among students, a familiar old explanation has sifted its way to the surface: we’re obviously dealing with mass hysteria here. 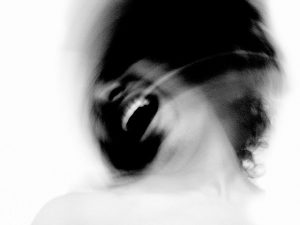 Hysteria cannot be ruled out as a cause for these strange, repetitive instances of odd behavior among certain demographic groups, though it does seem to play the roll of a “catch-all” excuse that is tossed out when all other reasonable explanations fail. For instance, in 2007 an almost identical set of circumstances to that witnessed in New York during the last several months had been afflicting a small number of female students at a high school in Roanoke, Virginia. According to the Associated Press, the school district spent a total that may have exceeded $30,000 performing environmental tests, which found no evidence of any contaminants or other factors that could contribute to the behavior. A similar series of events took place in 2002 in North Carolina, where ten teenagers—all girls—reportedly began suffering from “epileptic seizures and fainting.” No environmental causes were found here, either.

The attribution of mass hysteria, or even psychosis, has seen prevalence elsewhere in recent weeks, with some now claiming that an entirely different kind of mystery virus—the so-called Morgellon’s disease—may be a form of psychosis. The strange condition, which some reports link with diseases carried by deer ticks such as Lyme disease, features it’s own host of bizarre symptoms; these include “crawling” sensations on or beneath the skin, in addition to strange “fibers” that appear to be growing from sores appearing on the skin. However, controversy has stemmed from reports from the Centers for Disease Control and Prevention, who claim to have discovered “no environmental or physical cause for the cases.” Furthermore, conversion disorder, a form of neurosis that often includes the presence of symptoms like blindness and paralysis, has been cited as a possible underlying cause for some patient’s perception of having Morgellon’s-like symptoms.

Can all the reports of such “mystery” illnesses be attributed to mass hysteria and obscure neurological disorders? Also, can we truly rule out the possibility that a potentially dangerous condition might exist, simply because various studies in the past have sought to find “alternative” explanations for them? Indeed, there are a number of problems that can arise from limiting causes of an unknown or little-understood condition to those of the psychosomatic variety; chief among these are the way that doing so may run the risk of allowing a potentially real disorder or disease to continue or proliferate, while remaining largely untreated. Mass hysteria, in the absence of other substantial evidence, may be a convenient explanation, as well as being in keeping with general scientific approaches to diagnoses... but does that mean it's an accurate one?