An Island of Vampires

For years, sensational and sinister stories have surfaced from the forests and lowlands of Puerto Rico that tell of a strange and lethal creature roaming the landscape by night and day, while striking overwhelming terror into the hearts of the populace - which is not at all surprising since the animal has been described as having a pair of glowing red eyes, powerful, claw style hands, razor sharp teeth, a body not unlike that a monkey, a row of vicious spikes running down the length of its back, and occasionally large and leathery bat like wings.

And if that is not enough: the beast is said to feed on the blood of the local animal, and predominantly goat, population. Puerto Rico has a monstrous vampire in its midst. Its name is the Chupacabras, a term that very appropriately means Goat Sucker.

Theories abound with respect to the nature of the beast, with some researchers and witnesses suggesting that the monster is some form of giant-bat; others prefer the theory that it has extraterrestrial origins; while the most bizarre idea postulated is that the Chupacabras is the creation of a top secret, genetic research laboratory hidden deep within Puerto Rico’s El Yunque rainforest, which is located in the Sierra de Luquillo, approximately 40 kilometers southeast of the city of San Juan.

Whatever the true nature of the beast, the fact that the Chupacabra was not known of - by that name, at least - until the mid-1990s, has led many to assume that unexplained, vampire-style attacks on the animal population of Puerto Rico are relatively recent phenomena. It may come as a surprise to many, however, to learn that they are not at all. 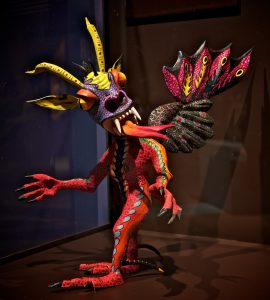 In September 1959, a groundbreaking paper – Searching for Interstellar Communications, written by Cornell University physicists, Phillip Morrison and Giuseppe Conconi – was published in the pages of Nature. The paper was focused upon the idea of searching for extraterrestrial life via the medium of microwaves. Approximately eight months later, one Frank Drake decided to test the theories and ideas of Morrison and Conconi for himself.

He did so at the Green Bank National Radio Astronomy Observatory, located in West Virginia. Despite lasting for 150 hours, the search of the heavens for evidence of messages from alien intelligences was not successful. Drake, however, was not to be dissuaded or defeated quite so easily as that.

In October 1961, the very first conference on what became known as the Search for Extraterrestrial Intelligence (SETI) was convened at Green Bank. It was here that Drake unleashed his now famous and much championed Drake Equation upon the world, and which is an admittedly controversial method for attempting to ascertain the scale of intelligent civilizations that may exist in the known universe. Since then, SETI has been at the forefront of research into the search for alien life.

When Frank Drake elected to make it his life’s work to search for alien intelligences, he went down a road that eventually led him to the Arecibo Radio Telescope, which is located on the island of Puerto Rico, and where he, Drake, eventually rose to the position of Director. As Drake noted in his 1994 book, Is Anyone Out There?, it was at some point early in his tenure as Director – in the mid 1960s – that a guard at the observatory claimed to have seen a sinister-looking man dressed in a black cloak “walking the narrow trail around the perimeter of the bowl.”

The guard was of the opinion that the dark figure was nothing less than a blood draining – and blood drinking - vampire. Despite his skepticism, Drake politely accepted the guard’s report and agreed to at least take a look at it. Forty 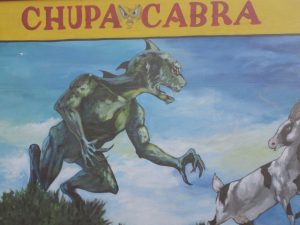 eight hours later, said Drake, “I really was forced to look into it…because a cow was found dead on a nearby farm, with all the blood drained from its body. The vampire rumor spread had already spread through the observatory staff, and now the cow incident whipped the fears of many people into a frenzy.”

Puerto Rico, then, appears to have had vampires in its midst for a very long time. And the Chupacabra may either be the latest addition to a long line of blood-sucking entities, or, perhaps, it's a beast whose predatory actions have been going on for decades (and maybe even longer), but that only came to people's attentions on a large scale in the 1990s...

Through the Mists of Time: More Strange UFO Cloaking?