Throughout history, there have been a number of curious afflictions that show up repeatedly in various stories and traditions. These range from the common varieties that involve hexes, spells, and charms, to the more incredible types that incorporate transformation into ghastly forms and incredible creatures. Occasionally, we even see such things as affliction with odd ailments and dark states such as vampirism, zombification, or soul-slavery that arise from the use of wicked spellcraft and black magic aimed at the unsuspecting.

These are all themes we expect to see in literature, and the wealth of pages adorning fiction tomes spanning the centuries incorporate such odd instances into their various mythologies. But pursuing the mysteries surrounding witchcraft, black arts, and ill fortune a bit more deeply, there occasionally arise a few curiosities that defy rationale altogether, ceasing to conform even to the typical precepts of spells and sorcery. Such things, at times, may involve how looks (or more specifically, certain kinds of staring) can kill, and even the use of magical practices to incite fear, paranoia, and even the disappearance of one's unmentionables.

Yes, this quickly becomes uncertain territory indeed... but for sheer lack of having any better sense than to abstain, we'll no doubt press onward, as usual... 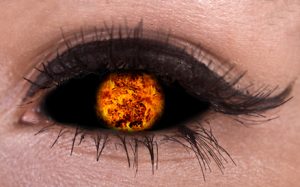 One of the initial curiosities afforded us within the spheres of mysticism known as "the black arts" is comprised of something known as "the evil eye." A variety of traditions incorporate this curse, which typically involves the superstition that gazing the wrong way at another individual can cause them ill fortune--either by accident, or by intention.

Recently, one of my listeners, Rosa, shared with me a story about "evil eye" traditions among the Mexican culture, which involve some curious headache remedies, among other things. "In Mexican tradition, the evil eye is a common diagnosis for small children getting ill," Rosa described. "Typically it was thought to happen to charismatic or beautiful children. Sometimes it can also happen if someone is envious of the parents. It was not always a matter of envy or ill intent, sometimes its just something that happened when someone stared too long." Rosa also recounted an interesting procedure that often used when she suffered migraines as a child, in which an egg yolk was used to "observe" the evil causing the painful manifestation:

I remember every so often I would get mysterious migraines and when other treatments would fail my mom or grandma would  do an egg cleansing. With an egg they would sweep the egg over my head and down my body and recite the apostles creed. After reciting it three times the egg would be broken and the white and yolk would be dropped into a half full glass of water. The glass would then be placed under the bed and i would take a short nap or fall asleep it was done at bed time. Once I would wake up the egg would be observed, and more often than none the yolk would take the shape of a red eye.  It is believed that the egg observed the evil. My grandma was careful about not looking at it directly over it; it should only  be viewed from the side or the evil eye would be transmitted.  The egg was then flushed down the toilet, and somehow my migraines would stop.

This is very similar to traditions that exist in other parts of the world, especially Greece, where strange manifestations appear as a result of staring over newborn children, etc. But sight and staring aren't the only manifestations of strangeness that result in ill effects on the physiology. Indeed, when studying the claims of such things as "penis theft" and similar afflictions common in the cultures of Southeast Asia, one certainly will find even more curious (and sometimes hilarious) ways that cultural superstitions may arise. While I've read about the belief that black magic and witchcraft might be used in the "theft" of a targeted individual's reproductive organs, I was unaware until recently that an entire book had been authored about this strange and unusual subject, titled The Great Singapore Penis Panic and the Future of American Mass Hysteria. According to the book's product detail page at Amazon.com:

Forty-three years ago, a strange series of events unfolded on the island of Singapore. Hundreds of men rushed to the hospitals of the island with the terrifying belief that their penises were shrinking. Each feared that if his penis shrank away completely, he would die. Some came with lucky red strings tightly wrapped around their penises to prevent the lethal disappearance. Others had clamps holding their wayward organs in place. Most often it was a firm grasp of a hand, their own or a frightened family member's, that prevented the shrinking penis from slipping away and taking their life with it. Oddly enough, about a dozen women also fell victim to the panic. This was the Great Singapore Penis Panic, or what doctors refer to as an epidemic of the psychiatric condition called Koro. 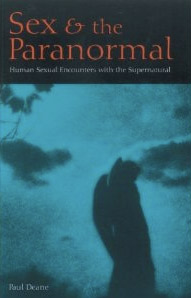 Indeed, Paul Deane addressed this curious curse-like affliction in his book Sex and the Paranormal, attributing the cause to being primarily rooted in mass hysteria. Other bouts with crowd-madness that have been prolific throughout parts of southern Asia involve sightings of various paranormal entities described as resembling monkey men, or even "grease devils" that cover themselves in oil so they can evade capture after terrorizing an unsuspecting populace. Encounters with these beings can also tend to have sexual overtones, where the phantom attacker may either sexually assault the victim in question, or act otherwise in a lewd fashion.

It is certainly curious how particular superstitions can tend to erupt around various cultural traditions, or how belief in bizarre magical afflictions can become so widespread. What are their underlying cause, and is it really possible (as the title of the book mentioned above seems to suggest) that widespread belief in superstitions like "penis thievery" and the evil-eye could really cause outbreaks in Western society too? 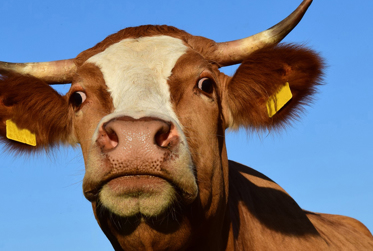 Animal Mutilations Are Back In The News - In A Strange Way