For years (decades, actually), rumors have circulated to the effect that government agencies - primarily those of Britain and the United States - have, since the 1980s, taken a deep and wholly secret interest in the Crop Circle phenomenon. And, there does seem to be evidence in support of this notion, as Colin Andrews' 2009 book, Government Circles, makes very clear. There are, however, other, much earlier examples where it seems the British Government was actually quite disinterested in the phenomenon, even to the point of spending their hours, and tax-payers money, laughing about - and writing limericks in relation to - such affairs. Yes, really!

As many readers of Mysterious Universe will undoubtedly know, the British Government has, for a significant number of years now, been declassifying into the public domain its many and varied files on UFOs - chiefly under the terms of the Freedom of Information Act, and prior to that via the Thirty Year Ruling. One such file - covering more than three hundred pages and the period from 1963 to 1964 - includes a series of memoranda on the discovery of what might be termed an early Crop Circle.

As the file demonstrates, on 23 March 1964, T.E.T. Burbury, the Rector at Clifton Rectory, Penrith, Cumberland, wrote to the National Physical Laboratory at Teddington describing an encounter which had occurred some days previously. I quote from the rector’s letter: "Dear Sirs: Does an apparent column of blue light about 8-feet in diameter and about 15-feet high which disappears and leaves a mark of very slightly disturbed earth, the same diameter, mean anything to you? This occurred about 9.30 p.m. last Saturday night about 2 miles from here. It was seen by a person who is very short sighted who would have been unable to see anything, except the light, even if it had been present. 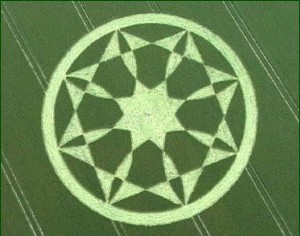 Furthermore, Burbury’s reference to "the farmer" strongly suggests that the circle was found on farmland. And: what of the column of blue light? Realizing that this was out of their jurisdiction, staff at the National Physical Laboratory forwarded a copy of the rector’s letter to the Meteorological Office at London Road, Bracknell. In turn, Mr. H.M. Race of the Meteorological Office advised Burbury that: "This does not appear to be a meteorological matter and we are therefore passing your letter to a London office who may be able to deal with it." The "London office" to which Race was referring was an element of the old Air Ministry called S4.For its part, S4 seemed largely unconcerned, even amused, by the rector’s report, as the following opening words of memorandum of 16 April 1964 from R.A. Langton of S4 to a colleague, Flight Lieutenant A. Bardsley shows: "I should be grateful for your advice on the report in the attached correspondence. Could it be Will o’ the Wisp?"

The attached correspondence was, of course, Burbury's letter. Two months later, Flight Lieutenant Bardsley stated the following in a good-humored reply to Langton: "This is quite a corker! The explanation could be one of several things, depending really, on the state of the investigator’s liver. One explanation could be aurora borealis. This phenomenon, however, is so unpredictable that it would be rather hopeless to expect someone to have seen the aurora at the same date/time as our short-sighted observer. Professor Paton at Edinburgh is an aurora expert, but I cannot really justify pestering him with this one." Bardsley continued: "Again your 'will o’ the wisp' theory may be correct. However whilst following this line, the Royal Geographic Society confirmed that Penrith did not exist – at least in 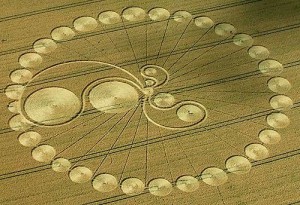 Further, information on the geological structure around Penrith again confirmed that there probably would not, but possibly could be, local ignitions of methane gas – absolutely no use these experts! Our myopic observer may possibly have seen car headlights shining up into a low cloud base. There is no mention of any sound in this report – could the observer be also deaf!" He concluded: "One comment by the rector intrigues me: Could it be the rector thinks the object could be a phoenix? Finally: There once was a rector of Penrith, who reported that one of his Kith, saw blue light in the night, got a terrible fright, and the rector thinks it’s a 'myth.'" Although Flight Lieutenant Bardsley signed off his reply in fine poetic style, he did not see fit to comment on the "almost perfect circle" reported by the rector, nor did he express an interest in following up on the rector’s suggestion to the farmer that a sample of earth should be collected for study.

Moreover, an examination of the Air Ministry file in question reveals no further reference to this particular case, and to the best of my knowledge, the entire matter appears to have been summarily dismissed. The 1980s-onwards accounts of secret government interest in Crop Circles are genuinely intriguing. It seems fairly safe to say, however, that for the British Air Ministry of 1964 such curious formations were of little interest, if no interest, at all...

Those Who Linger in the Darkness: The Nonhumans Among Us