Matters of Faith: Religious Relics and the Quest for Meaning

The Christian Bible is, by and large, one of the most famous books in all of known history. It consists of a set of scriptures comprised of the 66 books of the Old and New Testaments, having been compiled from various other collected works spanning the centuries. The oldest original Christian Bibles still existing today were produced in the Greek language, and represent manuscripts that date back to the 4th century. In addition to those precepts and teachings that form the basis for Christian teachings, each of these relic texts also discuss historic events pertaining to the people that lived throughout the Middle East and other regions in ancient times.

While the stories that constitute many Biblical accounts do pertain to real historical events, debate among scholars has diminished the merit and accuracy of such things as the Exodus from Egypt, as described in the Torah, as well as the classic descriptions of a migration to the "Promised Land." Beyond these culturally-themed stories, there are also a number of events and accounts related throughout the Bible--especially contained within the Old Testament--which according to scholarly interpretation are quite obviously myths and fables, aimed at construing morals and other virtues in the Judeo Christian tradition. And yet, despite their largely mythic status, there remain a number of aspects where the incredible stories related within parts of the Christian Bible seem to have counterparts that exist also in reality; could these point to a deeper meaning that could be gleaned from within some of the stories and circumstances in the Bible, and perhaps in other ancient documents as well?

The legend of Noah's Ark and the great flood recount circumstances that seem far too incredible to be real or accurate in the literal sense. And yet, despite their incredible nature, it has long been recognized that a host of foundational "flood myths" exist not only in the Judeo-Christian tradition, but also among the Hindu puranic mythologies, particularly the story of Manu, as well as the story of Utnapishtim, survivor of a tremendous flood in the Epic of Gilgamesh. The Deucalion in Greek mythology details similar circumstances, and legends among the Quiché and Mayas also involve the presence of a flood myth.

But with specific relevance to the biblical story of Noah, or even the less-specific notion that someone had survived a "Great Flood" in ancient times byf constructing a large sailing vessel, there is the peculiar story of the so-called "Ararat Anomaly." This object, according to proponents of a literal interpretation of biblical accounts, points to the physical existence of Noah's Ark encased within ice at a high altitude near the summit of Mount Ararat, Turkey.

The "anomaly" rests along the edge of what photographs seem to indicate being a steep, downward slope near the northwest corner of Ararat's Western Plateau. A U.S. Air Force aerial reconnaissance mission managed to film the object--whatever it may actually be--for the first time in 1949, although earlier accounts describe various encounters with what had been described as "a large boat" that existed somewhere on the mountain. The photographs remained classified for a number of years, due to the fact that the former Soviet border with Turkey runs directly through Ararat, designating the area where the anomaly existed as "an area of military interest." Various aircraft and satellite photographs of the anomaly remained secret up until 1992 due to their classified status.

While there has been dispute as to what, exactly, the object may be, many profess that it appears to be a large, wooden structure believed to be roughly the size of a small aircraft carrier. More recent expeditions to the mountain have returned with even more captivating tales that involved large amounts of frozen or fossilized wood, fossil evidence of marine life, and even a large, "unusual" cave that bore wooden walls (the various attempts at locating a physical resting place for Noah's Ark can be examined here). To date, it remains an item of question with regard to whether the object is indeed man made, and whether it does actually resemble a boat large enough to match biblical accounts of Noah's Ark. 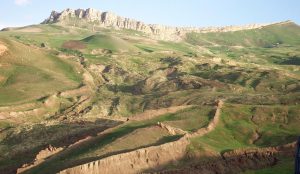 Similar biblical mysteries that exist today involve searches for the Ark of the Covenant, which according to journalist Graham Hancock and others, may rest in a treasury maintained by the Ethiopian Orthodox Church (unfortunately, the church will not allow access to the Ark, although similar claims are expressed by other religious denominations in Africa and other locales as well.  But perhaps no alleged religious relic is more curious or well-known as the Shroud of Turin, believed by many to be the literal burial shroud of Jesus Christ. Due to the controversy that surrounds the shroud to this day, we need not delve into it's sordid history here; however, the debate surrounding its authenticity provides a bit of interesting cultural commentary. Many adherents to Christian teachings view the Turin Shroud as proof not only that Christ existed, but that his divinity is without question also, while skeptics have stated time and time again the various ways Leonardo DaVinci, among others, may have contributed to the centuries-old controversy. However, the typical problem that arises from any such mysterious and controversial religious relic nearly always seems to be the same: those wishing to prove or disprove the nature of any such claims will most often begin with their own stated belief, adhering to it as a precept that will inevitably color their own perception of the mystery. Without question, there are dozens of ways that a scientist might be able to replicate the image on the shroud, many of which, no doubt, haven't even been thought of yet. These methods cannot confirm, however, that the image on the Shroud was made in an identical fashion (at least they haven't yet). Furthermore, the fact that the processes used to render the image are still inconclusive cannot be used any better as "evidence" than the Shroud did actually wrap the body of Jesus Christ, who subsequently underwent a miraculous resurrection. 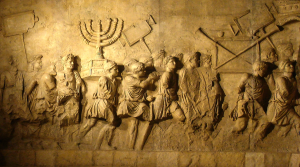 One day, in all likelihood, we will come to a far greater understanding of such mysteries as the Shroud of Turin. But for now, their remaining status as unexplained phenomena may not negate their potential significance. For some, they will continue to provide an avenue for contemplation and critical thinking; others will draw appreciation for life and its mysteries from their study, which may yield new depths of perception within the spiritual realm. For me, they are purely and utterly fascinating, and while I remain somewhat agnostic to their potential identities (though not to mean a literal religious agnosticism here), their existence points toward possibilities that have kept me guessing about the nature of faith, science, reason and religion... and perhaps to some degree what role we as humans play in the grand scheme of things.