Today as I sit writing—better than “today as I lay dying” by an unequivocal measure—I’ve found momentary shelter from a very literal storm in a small, stony tavern near the banks of the French Broad River, where I’ve stopped to pound back a tall Guinness in the furtherance of my week-long celebration of that most hallowed of holidays, Saint Patty’s Day.

Yes, Saint Patrick’s Day is my very favorite holiday by a similarly unequivocal measure. What finer to celebrate than a holiday in which the tall glasses (and even the rivers in some locales) are dyed a beautiful Gralien-green, and some of the finest beer that’s ever been brewed is sold on special in all the most well-stocked taverns and breweries?

And never one to disappoint, how could I even broach the subject of Saint Patty’s day with out a bit of seasonally-themed Fortean Fear and Folk Devilry to quench your thirsty minds? Indeed, much like every known avenue of the strange and unusual, there is a lesser known patron saint for the Shamrock Holiday that I’d like to propose… and one who, unlike many of his anomalous kindred, was quite physical in the very realest sense. 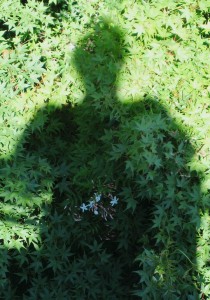 One of my favorite breweries in Beer City USA (that is, Asheville, North Carolina) is known as Green Man Brewery, themed around an Irish pub that features the brews by the name of Jack Of The Wood; this name, in itself, is a reference to the infamous “Green Man” of European folklore, which constituted a kind of Sasquatch like man-beast of the pseudo-spirit variety (another common name for these beings were woodwoses, or more simply, sometimes just wild men).

However, there was another popular urban legend on separate continent that borrowed the name of “Green Man” which, while purely what I call a Folk Devil, and in the surest sense, had its origins rooted in fact.

Raymond Robinson of Beaver Country, Pennsylvania, was colloquially known around his area as “The Green Man,” or occasionally “Charlie No Face.” Having sustained permanent disfigurement following a terrible electrical accident he suffered as a young man, Robinson’s physical appearance was so frightening that he would never venture outside in the daylight, instead waiting until well after the fall of night to go for his long roadside walks. While Robinson was still alive, it was common that people would traverse the quiet country roads late in the evening, in hopes of coming across the famous Green Man of Western Pennsylvania on one of his nighttime romps.

As a result of the terrible accident (involving circumstances under which another boy had died only a year earlier), Robinson was not expected to survive. However, he did manage to pull through, despite his injuries, though at the cost of losing both of his eyes, an arm, and other several features. Regardless of his handicaps, Robinson went on to successfully work at producing a variety of things ranging from folk art projects to leatherworkings, becoming well known and well loved in his community.

Interestingly, Robinson’s most obvious handicap—the loss of his ability to see—never prevented him from his famous late-night strolls along State Route 351, where it is said that he was often met and hounded by locals that considered him a noteworthy item of color and interest. He would occasionally barter photographs and conversation with those who met him for beer or a smoke, and somehow managed to escape any serious injury throughout his years of wandering along the highways, shrouded in darkness.

To this day, it is common for teenagers and college students coasting along at night to recount legends about he famous Green Man of Route 351, though it is suspected that the urban legend status to which Robinson’s character had been promoted over time somewhat overshadowed the true nature of his legacy. In fact, it is suspected that many today remain unaware of the fact that a real Green Man did once exist, and that the legends of a eerie, disfigured man walking along the roadways in night actually have their basis in fact.

And thus, it is with certain delight that the Pennsylvania Green Man receives our accolades for being this year’s Favorite Fortean Folk Devil for the mid-March season… may the luck of the Irish shine on him always, wherever he may be.