Kidnapped by a Flying Saucer?

Nineteen-Fifty-Three was a historic, memorable, and intriguing year. On January 7, President Harry S. Truman announced that the United States had added a terrifying new weapon to its growing, military arsenal: the Hydrogen Bomb. Two months later, Soviet Premier Josef Stalin passed away, following the effects of a devastating stroke. On May 5, Aldous Huxley took the hit of mescaline that inspired him to write The Doors of Perception.

Barely a month following Huxley’s spaced-out stroll down Psychedelic Avenue, the Central Intelligence Agency formally approved the use of LSD in one of its early “mind-control” programs, MKUltra. July 27 saw the end of the Korean War. In September, the discovery of REM-stage sleep was unleashed upon the world. And, in October, the UNIVAC 1101 made history when it became the very first commercial computer to use random access memory.

But, for some, 1953 was made equally – albeit briefly – historic, memorable, and intriguing for another, very alternative, and possibly even other-worldly, reason.

When it comes to UFOs, no-one can doubt that the research field is filled to the brim with stories that are strange, bizarre and downright mysterious. Others are packed with colorful and eccentric characters. Sometimes they are events that end in death and mysterious disappearance. And, then there are those cases where officialdom takes secret interest. But, how many potentially UFO related events can claim to fall into all of the above categories? Maybe not that many!

There is one, however, that most definitely fits all of the above criteria, and more, too. It's a story that many people in today's world of Ufology may not be aware of, others have forgotten, and some fail to realize the potential importance of. It goes likes this... 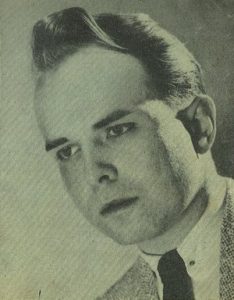 On the morning of November 10, 1953, a pair of UFO investigators, Karl Hunrath - a radio-technician with a hair-trigger temper and a hatred of women - and Wilbur J. Wilkinson – a plant foreman and a subservient Igor to Hunrath’s Dr. Frankenstein - took to the clear, sunny skies in a small plane rented from Gardina County Airport, California, USA.

The purpose of their flight was to rendezvous at a remote stretch of Golden State desert with fantastically advanced beings from another world that the two had contacted via psychic means and by what were oddly described as “mechanical contractions.” The pair was not seen nor heard of again. And neither was the aircraft. No skeletal, ragged remains turned up. No tell-tale wreckage was found. Ever.

Hunrath and Wilkinson were - for all intents and purposes - gone, vanished. In the immediate aftermath of their disappearance there were whispers within the UFO research community of the day that they were really gone. Like up there gone.

Was it really true? Were Hunrath and Wilkinson kidnapped by hostile, or maybe even friendly, aliens? Might they have been invited to take a one-way trip to another, far-away world by benevolent “Space-Brothers,” as some of their friends and families suspected? Others speculated that the whole affair could be explained away as a mere, tragic accident and nothing else whatsoever.

Indeed, several people offered that nothing stranger than engine-trouble had probably led to terrible disaster and death on the massive, rugged mountains of southern California. Some, however, weren’t quite so sure that the baffling disappearance of Hunrath and Wilkinson was just due to careless pilot-error or mechanical malfunction. But those same souls weren’t looking to E.T. for the answers either.

Why were special-agents of J. Edgar Hoover’s much-feared FBI hot on the trail of the pair in the weeks and months before their disappearance? What of Hunrath’s boast that he had developed a science-fiction-like machine that could disable military aircraft while in the air and bring them fatally crashing to the ground? What did the U.S. Air Force think of that?

What was the nature of the curious relationship that Hunrath had with famed “Contactee” George Adamski, who, behind closed doors, was secretly informing the FBI on Hunrath’s every activity? And what was the real nature of the link between Hunrath and Wilkinson and the mysterious disappearance of an Air Force F-89C Scorpion aircraft and its crew over Lake Superior, two-weeks after the ufological duo made their own definitive vanishing act?

These questions – and many more, too – are ones I’ll be addressing in full in the near future…Stay tuned!

Feeling Randi: Skepticism and the Strange Science of Psychic Sex