The Terror of the Men in Black

I was eleven years old when I was introduced to the menacing and macabre world of the enigmatic Men in Black. It was a typically bleak and windswept English evening in the late autumn of 1976 when they first darkened my door. On the night in question – wide of eye and full of youthful excitement and anticipation - I eagerly began reading the disturbing pages of John Keel’s classic title, The Mothman Prophecies, which told of distinctly strange goings-on at Point Pleasant, West Virginia in the mid-to-late 1960s. Strange goings-on? Hell, outright supernatural foulness and malignancy would be far more apt terminology!

A glowing-eyed, winged-monster, surreal reports of contact with enigmatic alien intelligences on lonely, moonlit, tree-shrouded roads, occult phenomena plaguing the town, and lives manipulated and transformed in ways near-unimaginable were the order of the day - as was the brooding, predatory, and repeated manifestation of the dreaded MIB.

For reasons that I have never truly been able to fathom, from that very day onwards I became particularly fascinated by the Men in Black, their silencing of UFO witnesses, their near-ethereal presence in our world, and, of course, their overwhelming and mysterious elusiveness. Who, or what, were they? From where did they originate? What did they want of us? Why were they so deeply intent on preventing Flying Saucer-seekers from learning the truth about UFOs?

Even as a child, such questions plagued and tormented my mind. And, the further and deeper I dug into the world of Forteana, the more I found myself attempting to penetrate the veil of unsettling darkness and hostility that seemed to forever surround the MIB. 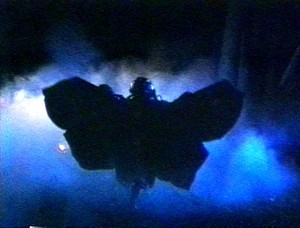 In the immediate years that followed my reading of John Keel’s legendary study of Mothman, I sought out just about as many works on the MIB as was conceivably possible. And, at the absolute top of my list – in joint first-place - were Gray Barker’s 1956 title They Knew Too Much about Flying Saucers and a small, overwhelmingly bizarre book titled Flying Saucers and the Three Men. It was penned in 1962 by a curious and undeniably paranoid character named Albert Bender, without who there simply would be no MIB puzzle – period.

Barker, a skilled, atmospheric writer with a flair for all-things dramatic, Gothic, dark and stormy, was the perfect person to address the MIB mystery. But, he would never have been in a position to do so had it not been for the eccentric Bender – who, in 1953, was allegedly silenced by a trio of black-garbed, glowing-eyed entities from some strange netherworld after getting too close to the truth about Flying Saucers.

For someone now just barely in their teens, I found both Barker’s and Bender’s books and tales to be even more captivating than those of Keel. Of course, as my teens became my twenties, and then my thirties, my views on the MIB phenomenon changed, in some ways subtly, but in other ways far less so. But there was one thing that never did alter: My earnest wish to solve the puzzle of the true nature, origin and intent of the Men in Black. 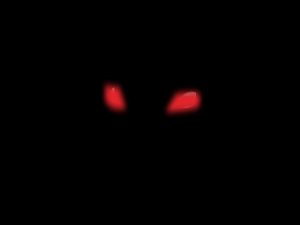 Since those now-gone days of my childhood, I have pursued the MIB on a scale that has far exceeded my quests for Bigfoot, the Chupacabra, and the truth about Roswell combined. My first book, A Covert Agenda, which was published in 1997, detailed a number of curious MIB-style encounters in the British Isles from the 1950s onwards. My 2003 title, Strange Secrets, included a chapter on the little-known issue of government files on the Men in Black. Three years later, I penned On the Trail of the Saucer Spies, which was a full-length study of the secret surveillance of certain elements of the UFO research community by MIB-type characters in government. Then, in 2011, my The Real Men in Black hit the bookshelves.

This latter title specifically addressed the paranormal side of the MIB phenomenon, with a great deal of page-space focused upon the possibility that the darkly-clad ones might be time-travelers, energy-sucking vampires, Tulpas, Trickster-style entities, or even demons from Hell – or maybe all of the above! And, in that same year, I was very pleased to be asked to write a new Foreword to an updated edition of Gray Barker’s 1983 book: M.I.B.: The Secret Terror Among Us.

In other words, while I have never been fortunate enough to have received a late-night visit from the MIB (Yes, I would consider such a visit to be fortunate, as I might then be able to finally answer the riddle of who they really are!), they have certainly got their grips into me in other ways.

Having written about, and pondered so extensively on, the Men in Black, would I consider my research in this area to be a full-blown obsession? Maybe so; I can’t really deny such a possibility, as much as I would dearly prefer to. But, if an obsession it is, then I’m certainly not the first – nor will I probably be the last – to be pulled, magnet-like, into the eye of the MIB hurricane.

Bender, Barker, Keel: they all came before me, and all three became truly enveloped by MIB high-strangeness. And doubtless there will be those Men in Black seekers who will follow me. Maybe you will be one of them. You have been warned!!!

Super-Soldiers: How Soon Will We See “Functional Psy” on the Battlefield?