UFOs: About That White House Question

One of those longstanding questions relative to UFOs that consistently and constantly pops up is: If aliens and UFOs are indeed visiting us, then why don't they land on the White House lawn and announce their presence to one and all?

Okay, I know it's a question that is often asked in a light-hearted, tongue-in-cheek, or skeptical fashion. But, for some, it's a question posed with utter and deadly seriousness. And so, keeping that in mind, just why might it be that "the aliens" - if they are among us - don't land in full view of the President and his staff? Let's take a look...

For many, the aliens should land on that green and pleasant piece of grass for one specific, and massively important, reason: To say "Hello" to the great Human Race. Pleeeez! The sheer level of never-ending human arrogance and ego-driven nonsense that populates our world never ceases to amaze me. In the bigger scheme of things, and as a species that has actually achieved anything significant (aside from finding better and bigger ways to destroy each other), we have been around for barely a millisecond.

Even compared to the dinosaurs, we are still definitive non-starters. Those beasts reigned for millions of years. The way things are going, we will be lucky to make it through the next couple of centuries! So, why should E.T. even bother to land and finally hang out in wide open fashion with a bunch of screw-ups like us who are likely not to last anyway? So, if we are being visited, announcing themselves to whoever might be hanging out in the Oval Office on the fateful day is probably the last thing 'they" will have on their minds.

What about landing for Obama, right now, and warning us of our warlike ways, in the fashion that the Space-Brothers supposedly did back in the 1950s - albeit largely in the desert and just to a few handfuls of Contactees, back then? I say: Why bother even warning us? If, pretty soon, we're likely to become the cosmic equivalent of the school-bully, why not just wipe us out? Ah, but, Ufology has an answer to this matter. 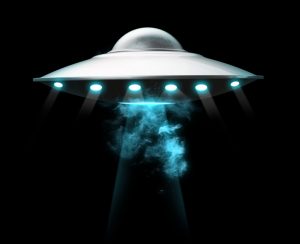 Such a question inevitably provokes a certain response from whole swathes of the UFO research community who chime in that the desire of the aliens to try and help us onto a better path - rather than exterminate us - demonstrates their kindness and benevolence. And, that rather than land at the presidential office, they prefer to work and weave their magic from afar. Really? Seriously? What, exactly, has E.T. ever done for us? Cured cancer? Saved the rain-forests? Found a solution to over-population, obesity, and our reliance on oil? Prevented a few Tsunamis, earthquakes and hurricanes here and there? The answer to all those questions is: NOPE!

Maybe, then, the visitors from beyond are just waiting for the right time to set down at 1600 Pennsylvania Avenue NW. And when, exactly, might the right time be? Hell, with everything going belly-up, now would surely be as good a time as ever! They failed to show their strength and curb our warlike instincts after Hiroshima and Nagasaki. As far as I'm aware, no alien took a worried and concerned walk into the White House on the eve of the Cuban Missile Crisis. And where were they when 9-11 went down? Certainly not offering wise words to the administration about how to respond, and what the ramifications might be more than a decade later, that's for certain.

The fact of the matter is that if our world is experiencing visitations from other-world entities, then hanging out with us, curing our ills, and making the future cool and fun - and doing so by making that historic landing at the White House - is simply not a part of their agenda. Let's look at the evidence: if there is one thing we know for sure about the UFO phenomenon, it's that it acts in distinct stealth. And, seemingly, always has done.

Alien Abductions, face-to-face encounters with long-haired characters in the deserts of California, cattle-mutilations, Crop Circles - all of them, in various ways, and in varying degrees of credibility, have been linked to the presumed presence of extraterrestrials on our world. But all of these phenomena have one thing in common: A distinctly clandestine approach. The collective body of UFO-themed data in-hand clearly shows that if E.T. is here, then it most definitely prefers to distance itself from the masses.

If certain factions of the UFO research community are correct, E.T. roams the skies in the dead of night, in search of the next poor soul to prod, poke and steal their DNA. It does likewise with our cows in darkened fields. And, even if there is a degree of positive alien-human contact, ensuring it often occurs to a solitary, and often already-eccentric, character in the desert, serves no major, meaningful purpose whatsoever.

So, with that all said, why don't the aliens land on the White House lawn and finally, once and for all, announce themselves? 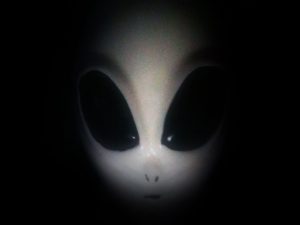 My answer - if aliens really are coming here - is very simple: E.T. is as self-serving, selfish, and as "in it for Number One" as we are. For so long, we have been assured that the aliens are going to make things right for us, that there's a bigger picture we just aren't quite seeing yet, that Disclosure is on the way (maybe even with the aliens' help), and that one day, soon, that historic landing really will happen.

The reality, however, is that the White House has been standing for plenty enough years for the aliens to come and hang out in D.C. for a few days. But they don't - ever. When it comes to the matter of that always-present and pesky question that is the subject of this article, what we find is that asking the question tells us far more about ourselves than it does about E.T. We assume the aliens want to hang and chat. After all, we're the great Human Race, right? No, actually.

If life exists elsewhere in the Universe - and there's probably a very good chance it does - then those races that have managed to steer themselves away from the extinction or collapse that threatens to engulf us may well have a distinct "seen it all before" attitude towards us. To us, we are Numero Uno. To them, we're no big deal. A White House, a Blue House, a Purple-With-Yellow-Spots House, they evidently could not care less.

It can be argued with a high degree of credibility and solid data that there certainly is a genuine UFO presence among us, but it cannot be argued in the slightest that the phenomenon is anything but secretive, crafty, stealthy, manipulative, guarded, indifferent and unapproachable - unless it's on their terms and their terms alone. And their terms clearly don't involve dropping in for a bit of friendly, hostile, or indifferent chit-chat with the Prez.