One of the most significant aspects of countless Contactee-driven encounters is the fact that the experiences at issue occurred in significantly altered states of mind, and while the Contactees were often situated in distinctly isolated locations. Let us examine the evidence. An early Contactee encounter that was brought to the attention of the FBI occurred in August 1947, and involved a “Mr. Jones of Los Angeles.”

According to Jones’ story, around 10.00 a.m. on the day at issue he had hiked into “the mountains” and was “laying on the ground” when he observed about one-half block away from him a large, silver, metal object that was greenish in color. Thereafter, Jones’ mind became dominated by thoughts relative to extraterrestrial concerns about our burgeoning atomic technology. This was a trend that was only set to continue.

Samuel Eaton Thompson’s tale – of a March 28, 1950 encounter with multiple aliens in the woods of Washington State – occurred after he fell tired, and was forced to rest for a while. And Truman Bethurum’s encounters with curvy Captain Aura Rhanes of the planet Clarion began after Bethurum decided to “take a little snooze” while parked on Mormon Mesa in the early hours of a 1952 morning. 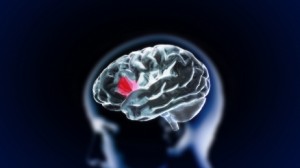 Skeptically-minded souls might offer the opinion that Jones, Eaton and Bethurum merely fell asleep and experienced particularly vivid dreams of a UFO-like nature. Such a scenario is not impossible: hypnagogia is a term that was coined in the 1800s by a French scholar named Alfred Maury. However, it has a history that extends long before Maury came on the scene.

References to this strange condition can be found in the writings of the Greek philosopher, Aristotle; in the works of the English Elizabethan occultist, astrologer and herbalist Simon Forman; and in the written output of the Italian renaissance mathematician and physician, Gerolamo Cardano. So, with that said: precisely what is Hypnagogia?

Basically, it’s a term that describes the stage between wakefulness and sleep - a stage in the sleep process that may be dominated by a wide and infinitely varied body of sensory experiences. For example, those in hypnagogic states have reported hearing voices ranging from barely-audible whispers to wild screams.

Others have heard random snatches of speech – largely nonsensical, but occasionally containing unusual fictional names (not unlike some of those used by the Space-Brothers, it could be argued), and others have seen disembodied heads, or what appear to be fully-formed entities in their bedrooms. Humming, roaring, hissing, rushing and buzzing noises are also frequently reported by people experiencing hypnagogia.

It is not out of the question that some claims of Contactee-type encounters could have been due to Hypnagogia. After all, Truman Bethurum’s initial experience atop Mormon Mesa was initiated after he was groggily awoken by “what I can only describe as mumbling;” which is a classic facet of Hypnagogia. But, as is the case with so many aspects of the Contactee enigma, the matter is not so clear-cut.

It appears to be the case that the phenomenon that is responsible for many encounters of the Contactee kind has the ability to induce radically altered states of mind, perception and 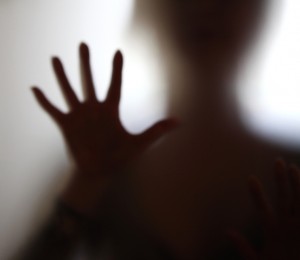 awareness, including hypnagogia. It may do so to ensure that the witness perceives the phenomena in a fashion that accords with a pre-planned agenda based around communication, manipulation of the mind, and control of the audio-visual senses.

In other words, even if hypnagogia does play a role in the Contactee arena, it may be an induced role, rather than one that always occurs at purely at random and as a result of the internal complexities of the brain.

With that all said, however, what, exactly, is the nature of the phenomenon that seems to affect and alter our state of mind and perception with such apparent ease? That is the paramount question for which we still require a definitive answer, unfortunately...

Kidnapped by a Flying Saucer?