Many people unacquainted with the complexities of the UFO puzzle assume that all talk of attempts by "the government" to silence certain players in the field is nothing but outright paranoia and lies. Even within Ufology there are those who dismiss such stories as X-Files-like nonsense. How wrong they all are. Published in 2005, Greg Bishop’s book, Project Beta: The Story of Paul Bennewitz, National Security, and the Creation of a Modern UFO Myth, provided the field of UFO research with what was without doubt one if its most important contributions in years.

The subject matter of Project Beta was an unusual one; and while seasoned researchers were already aware of certain aspects of this dark and ultimately tragic affair, those unaccustomed to the events in question might have been forgiven for thinking that they had stumbled upon a high-tech, X-Files-meets-Robert Ludlum-style thriller. But Project Beta told a very real story - one that was as harrowing as it was informative. 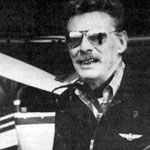 In essence, the truth-is-stranger-than-fiction book related the saga of physicist Paul Bennewitz, who, after digging into Air Force and National Security Agency secret projects at Kirtland Air Force Base, New Mexico in the late 1970s that he believed were connected to the activities of sinister extraterrestrials and UFOs, was put under deep surveillance by the US military and intelligence services, and was bombarded by the murky world of officialdom with a mass of disinformation, faked stories and outright lies in order to divert him from his research – which worked. In fact, it worked rather too well, and led to the mental and psychological disintegration of Bennewitz.

While everyone with an interest in UFOs should read Greg Bishop’s book, it will not please all - particularly those who are of the opinion that aliens inhabit underground 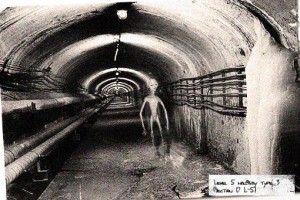 bases in the United States, that cattle mutilations are the work of sinister extraterrestrials, or that the rumors of government-alien collusion have a firm basis in reality. As Greg skillfully demonstrated, many of the cornerstones upon which today’s ufological lore are built, had their origins in the fertile minds of military intelligence and the behind-the-scenes, spook-brigade.

Much of the UFO “truth” fed to the research community by purported and sympathetic insiders and whistleblowers might not be “out there” after all. It may all be one big con behind which a veritable plethora of classified, military projects have been hidden – and, in the Bennewitz caper, projects specifically focused upon NSA communications systems, test flights (and possibly crashes) of early, prototype Stealth aircraft, and Air Force technologies designed to track the orbital movements of space satellites launched by the former Soviet Union. 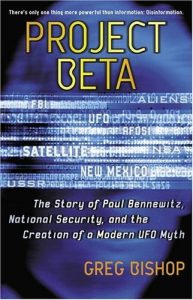 As Project Beta skillfully revealed, Bennewitz had come to the conclusion that the collective operations described above were related to the activities of extraterrestrials, when in reality the truth was far more down to earth, although most certainly not in a mundane fashion. The book demonstrated that the Intelligence community cared not a bit that Bennewitz thought that their secret operations were UFO-related – precisely because the UFO connection was one of Bennewitz’s own making.

However, there was deep concern on the part of the world of officialdom that by digging into classified activities at Kirtland in search of UFOs, Bennewitz would inadvertently reveal – to the Soviets, in a worst-case scenario – information and technology that had to be kept secret at all costs, even if those costs included Bennewitz’s own sanity.

And so a plan was initiated: Having learned the essential parts of Bennewitz’s theories – very ironically from the man himself, by actually breaking into his home while he was out and checking his files and research notes – that aliens were mutilating cattle as part of some weird medical experiment; that they were abducting American citizens and implanting them with devices for purposes unknown; that those same aliens were living deep underground in a secure fortress at Dulce, New Mexico; and that we were all very soon going to be in deep and dire trouble as a direct result of the presence of this brewing, intergalactic threat, the Air Force gave Bennewitz precisely what he was looking for - confirmation that his theories were all true, and more.

Of course, this was all just a carefully-planned ruse to bombard Bennewitz with so much faked UFO data in the hope that it would steer him away from the classified military projects of a non-UFO nature that he had uncovered. And, indeed, it worked. 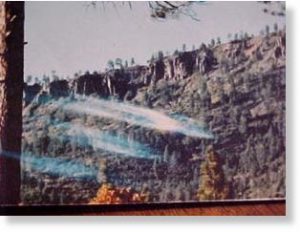 When Bennewitz received conformation (albeit carefully controlled and utterly fabricated confirmation) that, yes, he had stumbled upon the horrible truth and that, yes, there really was an alien base deep below Dulce, the actions of the Intelligence community had the desired effect: Bennewitz became increasingly paranoid and unstable, and he began looking away from Kirtland (the hub of the secrets that had to be kept) and harmlessly towards the vicinity of Dulce, where his actions, research, and theories could be carefully controlled and manipulated by the Government.

As long-time watchers of the ufological research scene will be aware, American Intelligence even brought Bill Moore (co-author with Charles Berlitz of the 1980 book, The Roswell Incident) into the scheme and asked him to keep them informed of how their disinformation operations against Bennewitz were working. In return, Moore was promised – and provided with – data and documents on super-secret, official UFO projects, crashed saucers, dead aliens, and more.

After informing a shocked and outraged audience at the 1989 Symposium of the Mutual UFO Network with the details of his involvement in keeping the Intelligence community informed of how their disinformation campaign against Bennewitz was working, Moore largely retired from the UFO scene. Similarly, the official disinformation operation that targeted Bennewitz resulted in his hospitalization, after he was driven to a near-complete mental collapse. This may have been the full intent all along: to crush Bennewitz, and to keep Moore busy chasing similar officially created lies and half-truths about UFOs.

You think officialdom won't do whatever may be deemed necessary in the name of national security? Read Project Beta and you'll almost certainly find yourself changing your mind - drastically so, too...

(The images used in this post are for illustration purposes only)