Alien Cosmology: How Much Like Us Would Our Alien Kindred Be?

As we know it, the modern UFO era began first with the famous "Foo Fighters" seen by both Allied and Axis pilots amidst the heat of conflict during the Second World War. Shortly after the conflict had ended, reports of strange, "saucer like" objects skipping like stones through the open sky were being reported by the likes of Kenneth Arnold and others; within a month of the Arnold sighting, what became an infamous incident, where exotic wreckage was recovered from a ranch near Roswell, New Mexico, left little question in the minds of many Americans: the Saucers, it seemed, were about to land.

More than half a century later, we still have a surprising lack of information about the origins of UFOs, though it is widely believed by many in both the civilian and even the higher academic circles that the enigma might be attributed to strange encounters with extraterrestrial visitors. This idea, however, is a theory that is surprisingly void of a lot of hard evidence; though many in the UFO camp are angered by this sort of sentiment, I should be clear: while UFOs may be aircraft from other parts of the universe, scientific processes have little to base such determinations on, with regard to collected evidence. And yet, for many, the ET hypothesis still manages to comprise nearly the entire basis of the UFO mystery, when taken at face value.

Whether or not alien beings are visiting Earth--and for all we know, this may indeed be the case--we can still speculate about what kinds of life might exist elsewhere out there... the problem, however, is determining whether aliens would even be recognizable as such!

Universe Today recently featured an article on the varieties of life that may exist in other parts of the deep regions of space, and in what manner such "life" might differ greatly from that which we know on Earth. “Truly new ‘alternative life’ would be life of a different biology," says Gerald Joyce, a Professor of Molecular Biology and Biochemistry at the Scripps Research Institute. “It would not have the information in it that is part of the same heritage of our life form.”

If such were indeed the case, might we posit that there could exist life in other parts of the universe that we would be virtually unable to recognize entirely as life at all? This notion has prompted my use of the expression "life (not) as we know it" for such beings, which could possibly stretch the very boundaries of physical formation as we might conceive. Dr. Joyce's paper, “Bit by Bit: the Darwinian Basis for Life,” discusses the differences between what he calls "true" biology, versus simple chemistry, and how things like DNA are capable of taking chemical functions and "remembering" them, thus capable of passing this stored information along to an organism's eventual progeny.

At the heart of the matter here is the notion that alien beings, while perhaps capable of evolving through similar DNA/RNA processes known to us on Earth, might still differ greatly from life we would easily recognize. When it comes to bringing various sorts of intelligent life into the equation, I've often considered what kinds of evolutionary processes might lead to beings of strange form and variety in other parts of the universe, and whether an advanced civilization might conform to any presupposed laws or condition the human mind could envision. 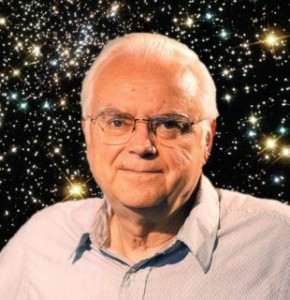 For instance, consider the famous Drake Equation, which originated during early talks about what would become the SETI program among colleagues such as Frank Drake (for whom the equation is named), and later Carl Sagan, among others hoping to utilize radio signals to receive messages from distant star systems. For Drake, the obvious and looming potential that humanity might destroy itself (remember, this was during the height of the Cold War era) cast doubt on the likelihood that an advanced civilization elsewhere could even survive long enough to harness technology advanced enough to propel them through the vast expanses of our galaxy. This assumption, however, is painfully anthropic, at best, in the sense that what humans tend to envision with regard to "other" varieties of life that may exist reflect our own values and, as this instance shows, our fears as well.

Conversely, I've always wondered if alien beings on a distant planet, based on environmental influences, might evolve in ways that would cause them to evolve in ways that would lead to advanced forms resembling different varieties of genus known on Earth. Think, for instance, how an intelligent race of insect-like beings might behave. What if a truly hive-like mentality prevailed among such beings; would this be more conducive to having a society that functioned together as one, if all were somehow connected on a mental level, and focused (even subconsciously) on working toward common societal goals? On the other hand, could this also work to the detriment of a neighboring civilization, in the event that such an "Insectoid" race would do anything necessary to secure their own necessities... even if that meant the destruction of another advanced race?

This line of thought, of course, still manages to project a lot of our inherent "human" concerns into the equation, and fundamentally still works off the notion that physical, anthropomorphic beings of our same relative size and stature might constitute our alien neighbors. In truth, the alternatives are quite vast, in that here may be an entire host of odd forms, shapes, or for lack of a better expression, simply different "manifestations" that could occur in a cosmic sense. It seems entirely plausible that any existent life forms elsewhere in our universe might elude us (and have continued to do so) based on their exotic nature. While we may even have the science needed to perceive such entities, it may not be the case that the proper methodology is understood or has yet been applied in order to do so (this would especially be the case if we were dealing with various kinds of interdimensional life forms).

Engaging in a bit of mind-stretching, what kinds of strange and exotic forms and manifestations have you considered regarding the potentitals for alien life that may exist?