Doomsday 6000 BCE: Ancient Oddities of Ireland and the Mideast

There are many mysteries that riddle aspects of the known world, serving today as veritable holdovers from a past that we, despite our best efforts, have yet to fully understand. Some of these mysteries are so strange, in fact, that they have caused a variety of different speculative theories to emerge about human origins, incorporating such things as extraterrestrial visitors, preexisting advanced societies, and possible "doomsday events" that may have wiped out life over large portions of the ancient world.

In recent news, the discovery of a 6,000 year old pre-farming settlement in north Clare, along the Irish coast, has let to much excitement among archaeologists, who have described the find as "one of the oldest habitations ever unearthed in Ireland." Due to its age, the location predates nearby settlements by at least several hundred years. Though renowned for its age, there could nonetheless be other mysteries underlying this ancient site which point to a variety of other unique potentials; these relate not only to mysteries of the Emerald Isle, but also of other areas throughout the ancient world.

During the site's recent excavation, the team who had been overseeing the operation described finding "a mysterious black layer of organic material" that covered much of the settlement and surrounding area. Upon reading this, I was a bit surprised, since it immediately bore a strong resemblance to stories of strange discoveries at ancient locations in the Middle East. More specifically, I'm reminded of Mohenjo-Daro and Harappa, located in modern day Pakistan, where among the oddities found during the excavations of these sites were similar strange scatterings of dust or some other substance, along with small lumps of blackened, melted clay scattering the streets.

Strangest of all, there are even reports that these two Mideast locations have displayed higher-than-average background radiation at the respective excavations sites, lending to theories that range from a supernovae or other variety of ancient cosmic bombardment, to the possibility of meteorite blast sites. According to some researchers, the potential for some kind of nuclear technology that may have existed on Earth in ancient times has also been put forth to explain the curious destruction of these ancient cities. 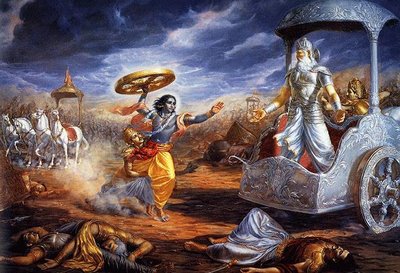 While the latter of these theories is quite difficult to quantify, it should also be noted that another theory regarding many ancient disasters in the Mideast involves the frequent flooding of the Indus River Valley; under such circumstances, it has been posited that a tremendous flood might have contributed to the downfall of ancient Middle Eastern metropolises like Mohenjo-Daro. And incidentally, the official suspected reasons for the destruction of the recently discovered Irish settlement at Fanore Beach, north Clare, is believed to have involved a prehistoric tsunami.

Noteworthy also is the fact that cultures such as that of Mehrgarh, which preceded Harappa and Mohenjo-Daro by a few thousand years, had appeared by approximately 6000 BCE (predating the Irish settlement mentioned earlier by about 2000 years). Mohenjo-daro and Harappa appeared nearly 3500 years later, along the modern regions known as Punjab and the Sindh provinces. While no direct parallels exist for dates of the destruction between the separate Irish and Mideast settlements described here, it is interesting to consider the peculiar similarities between the theories of their demise; while conventional investigations have proposed that flooding may likely have been the cause in both instances, conclusive data does not exist to support this. What does exist is a remarkable similarity between reports of odd substances and other anomalies found in both regions.

In fact, Russian munitions expert Alexander Gorbovsky, along with other proponents of some variety of nuclear event that may have occurred long ago, have written about what was believed to constitute a "layer of radioactive ash" that covered the city sites of Harrappa and Mohenjo-Daro. Could there be any link between such stories, and the layer of silt found within the excavation along the settlement at north Clare?

As reported in the Irish Examiner Online, the strange black substance found at the site has not, in fact, been identified yet as silt:

The substance, which is two or three inches deep, disintegrates when it comes in contact with air. A large slab of the material has remained intact on an ancient settlement, indicating that a large amount of it was laid down at once, possibly as the result of a tsunami.

"We have found a mysterious layer of black organic material on the site and it is just under that level that we have found all the oldest archeology," said Mr Lynch.

"We have not been able to identify exactly what this black layer is yet but, as it happens, it is this layer which helped to protect the ancient settlement that we are currently excavating.

Supposing for a moment (though the speculation here is admittedly bold) that we are not dealing with some variety of silt deposited by a tsunami, could we instead be dealing with something more akin to a layer of ash, deposited in the wake of some catastrophic, explosive event that occurred in the ancient world? There is little evidence that such devastation could have resulted from any scenario involving "ancient nuclear weapons"... and yet, could we suppose instead that such things might point to a similar sort of event... perhaps one that occurred naturally?

For more information on possible theories involving ancient (and naturally occurring) nuclear events, consider reviewing this article by Richard B. Firestone and William Topping, which posits the theory that a massive nuclear catastrophe occurred in Paleoindian times, roughly 12,000 years ago and over parts of North America.