Fringes of the Future: Futurism and the New Pseudo-Religion

What will humanity's future be like, and what sorts of technological innovations will it entail? While there are indeed many doomsday forecasts among the projections of leading futureologists today, there are also a host of radical offerings with regard to what future science will bring to mankind, many of which seem to blur the lines between science fiction and religion itself.

The concept of "technological singularity" is certainly something that fascinates me, and in previous posts at this blog, I've focused on how this concept may relate to the serious study of ufology; in fact, my upcoming book The UFO Singularity (New Page Books, New York) will also deal with how the study of future science and UFO phenomenon are interrelated. However, there are also aspects of the so-called "Singularitarian" ethos that do seem, as I suggested previously, to border on the spiritual and metaphysical. 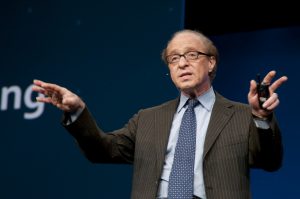 Indeed, with the idea of technological singularity as proposed by the movement's preeminent de facto leader, Ray Kurzweil, we see a revolutionary new kind of emergent interrelationship between man and machine, in which we are not only joined in this world by manufactured intelligence that will eventually surpass our own, but also by innovative systems that will enhance the human existence to a point that our species will become literally capable of super-human feats such as telepathic communication, shape-shifting, and of course, eternal life. The latter of these, rather obviously, entails the most overtly spiritual aspect of the entire quandary: if the technology we create doesn't destroy humanity as we know it, then it will likely grant us life everlasting. In other words, with technological singularity humans are afforded many of the same offerings that Judeo-Christian teachings have instilled in Western society already... albeit in the absence of a divine creator who dictates such eventualities.

All this taken into consideration, it's a bit strange how guarded the "Singularitarians" seem to remain when approached by those of us who study phenomenology and the unexplained (yes, the two areas do bear many similarities). Over at the Secret Sun blog, Christopher Knowles accurately noted this odd dichotomy, particularly among advocates of singularity and transhumanism, with regard to their futuristic beliefs, when compared alongside the unexplained and those things considered "fringe."

I wrote to a Transhumanist blogger in hopes of getting an interview and he refused, claiming that The Secret Sun was "too fringe" for him. Because Transhumanism is so mainstream. Right.

What he really meant is that he didn't want to risk a seat on the Kurzweil gravy train by being associated with anyone outside the faith who isn't part of the officially sanctioned media.

Knowles hits the nail right on the head (albeit sarcastically, which in this case I think is warranted), in that here we see the pot calling the proverbial kettle black. With the exception of the very wise (and gracious) Ben Goertzel Ph.D., most of the scholarly Singularitarians (no wait... all of them, actually) that I have approached in recent months refused to be interviewed for The UFO Singularity, on the grounds that they wished not to engage in the debate over speculative subjects. As one budding young Singularitarian put it to me recently, "I do not wish to engage in speculative conversation when there are so many fruitful scientific pursuits within the Transhumanist realm."

Ahem. No room for speculation, huh? 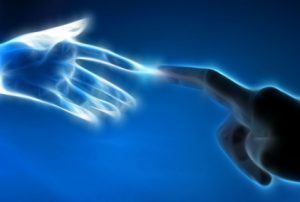 Good thing we have so much empirical data to support the emergence of artificial intelligence (or more importantly, how it will emerge) in the coming years, as well as the swarms of nanobots that will eventually comprise most of our bodies, and the functional telepathy humans will achieve utilizing future technology, and an entire host of other things that the hopeful Singularitarians hold true in their vision of a better future humanity. Indeed, in many ways, what we seem to be dealing with here is a new kind of "fringe" religion, of sorts... the majority of what Singularity entails, while backed by a few facts and promising trends, seems to be largely faith-based.

All that said, I don't think that careful and reasoned speculation (yes, calling a spade a spade here) is such a bad thing. Perhaps we can actually learn from, or even stand to gain from the study of things like Singularity. But if that's the case... couldn't we also open our minds to the possibility that the same might hold true for reasoned, skeptical study of spirituality, metaphysical sciences, or even UFOs? Maybe in this case, the open-minded among us will get to have our cake, and eat it too.

Red Pills of the Week – May 5th