From the Pyramids to the Pentagon

Available now is my new book, The Pyramids and the Pentagon: The Government's Top Secret Pursuit of Mystical Relics, Ancient Astronauts, and Lost Civilizations, which focuses on what the official world knows - or suspects - about a whole range of mysteries of the fog-shrouded past. They are mysteries that cover such issues as the construction of the Pyramids of Egypt, the Atlantis-related beliefs of Edgar Cayce, the nature of Noah's Ark, a possible Face on Mars-Egypt connection, and much more of a so-called "ancient astronauts" nature. And there's another, equally weird saga I cover in my book...

In terms of key and integral world events, 1947 was a year of profoundly deep and significant proportions. United States President Harry S. Truman signed the National Security Act, which paved the way for the creation of the Central Intelligence Agency (CIA). The first, priceless collection of what have famously become known as the Dead Sea Scrolls was found in caves at Qumran, an ancient and historic site on the West Bank. At the White Sands Proving Ground, New Mexico, a collection of fruit-flies made history when they became the first living creatures to reach the fringes of space, after being blasted into the skies above aboard a captured German World War Two-era V-2 rocket.

The age of the Flying Saucer was famously ushered in, after an American pilot – Kenneth Arnold – witnessed nine strange-looking aircraft flying close to Mount Rainier, Washington State. And, many UFO researchers believe, an alien spacecraft crashed on harsh, remote desert land outside of the small New Mexican town of Roswell. Singular, unconnected events in a world constantly in a state of change, development, and wonder, or integral parts of a greater, and very old, puzzle guided by the mysterious hands of destiny, fate and grand design? 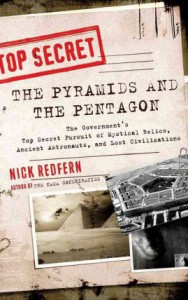 Most people would probably say the former. But, sometimes, the majority are wrong, devastatingly so, even.

Close to 1,000 in number the Dead Sea Scrolls – as they have become popularly and famously known – represent a veritable treasure-trove of early written material from almost every book of the Old Testament, chiefly dating from around 150 BC to 70 BC. Their amazing discovery dates back to February 1947, when, along with his young cousin, a certain Muhammad edh-Dhib, then only a teenager, stumbled across a series of caves at Qumran, on the northwest side of the Dead Sea – which borders Jordan to the East, and Israel to the West. Upon exploring one particular cave, edh-Dhib was amazed to find within it a number of ancient texts, carefully and faithfully recorded on aged parchment.

edh-Dhib excitedly scooped up the items and, with his cousin in-tow, raced back home to his family’s Bedouin camp to show them his discovery. It didn’t take long before word got around that something unusual had been unearthed. In fact, matters began to spiral with extraordinary speed when talk of the scrolls began to heat up in and around Bethlehem – particularly so when yet more scrolls were found in the area, collectively at no less than eleven caves, and throughout a period of time that extended right up until to 1956.

Those immediate times after edh-Dhib’s discovery were distinctly wild and turbulent ones. The Syrian Orthodox Church expressed its firm interest in seeing the scrolls, as did representatives of the American Schools of Oriental Research. Interested parties in the Vatican secretly negotiated to buy up some of the scrolls, others – in the field of biblical archaeology - scrambled to see them and examine them, and some scholars called for the scrolls to be placed under official control and oversight – lest they might be spread far and wide, possibly even becoming catastrophically lost or destroyed. Fortunately, this latter scenario did not happen.

What did happen, due to circumstances provoked by the turbulent Arab-Israeli War of 1948, was that the scrolls were hastily transported to Lebanon for safe-keeping. Six years later, they were up for sale – and were ultimately sold for $250,000 and transferred to the Rockefeller Museum in Jerusalem. Then, after the Six Day War of 1967, the scrolls ended up at the Shrine of the Brook – an arm of the Jerusalem-based Israel Museum – where they continue to reside to this very day. There is, however, yet another story of the Dead Sea Scrolls. It is one filled with, and fueled by, dark conspiracy and involves none other than the CIA. 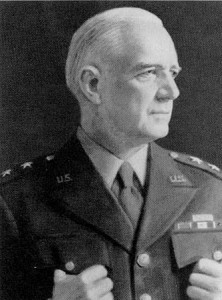 While extraordinary findings were being made at Qumran, historic events were unfolding in the United States. Back in late 1944, one William J. Donovan – who was the founder of the Office of Strategic Services (OSS), arguably the earliest incarnation of what eventually became the CIA – mused upon the idea of establishing the ultimate intelligence-gathering agency.

It was designed to act as the nation’s focal point for securing and analyzing data relevant and vital to U.S. national security and the defense of the nation. The ambitious idea was of great interest to the president of the day, Franklin D. Roosevelt. With the battle still on to defeat the hordes of Adolf Hitler, Italy, and Japan, however, survival was the primary name of the game.

The result, it was not until July 26, 1947, two years after world peace had been restored that this ultimate secret agency finally came into being, when Roosevelt’s successor in the White House, Harry S. Truman, passed the National Security Act. The Central Intelligence Agency was duly born.

The very idea that the newly-created CIA might have played an integral, albeit deeply clandestine, role in the saga of the Dead Sea Scrolls sounds manifestly bizarre in the extreme. But, in this particular case, the old adage about truth being far stranger than fiction really does apply, as my book, The Pyramids and the Pentagon makes very clear... 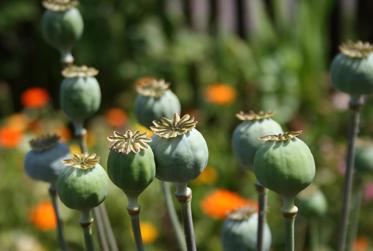