I (Don’t) Want To Believe

Just a few days ago, I was chatting with a colleague in the field of Cryptozoology about what the creatures of Loch Ness, Scotland really are - presuming they do exist, of course! I found it pretty enlightening that he got quite defensive over my remark that maybe the beasts are not still-surviving plesiosaurs - as so many, including pretty much the entire Scottish tourist industry, want or hope them to be. When I suggested the possibility of giant-eels roaming the deep waters of the old loch, a distinctly frosty atmosphere developed.

Why? I'll tell you why: because I had dared to question his carefully developed and nurtured belief system. And, for him, the image of giant eels swimming around was nowhere near as exciting and as engaging as a colony of plesiosaurs on the loose.

As we'll now see, belief - whether relative to Nessie, UFOs, ghosts and the rest of the world's many and varied paranormal puzzles - is a very dangerous thing. 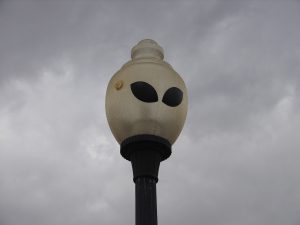 So many people in Forteana profess to being open-minded on whatever happened at Roswell, New Mexico in the summer of 1947, the true nature of Bigfoot, whether or not life after death is a reality and...well, the list goes on and on. But, that's actually not so - unfortunately. Time and time again I have seen researchers - in pretty much all aspects of Forteana - take that arms-folded, barriers-up approach when their cherished theory is questioned or doubted.

Are these people for real? Indeed, they are. I'm not saying I'm anything special, because I'm most certainly not. But, correct me if I'm wrong, the reason why Mysterious Universe exists, the reason why books are published every year on a mountain of mysteries, and the reason why paranormal-themed radio and TV shows exist is specifically because we don't have the answers. If we did, I wouldn't be writing these words right now, because I wouldn't need to! Instead of having answers, we have beliefs.

Now, there's nothing wrong with belief - it does, after all, fuel every single religion on the face of the planet. But belief - in a deity, in a Heaven or Hell, in aliens, in Bigfoot or in anything else of a potentially supernatural nature - should be recognized, and more importantly admitted, for what it is: an acceptance that something exists without hard, definitive proof of that existence or its nature.

Now, of course people see UFOs, encounter lake-monsters and giant hairy ape-man, and have profound near-death experiences. But, this is all very and vastly different from having proof that UFOs are specifically alien spacecraft, Bigfoot is without doubt an unknown/unclassified ape, or that there really is a God and a Devil. The former are unusual events and experiences that require explanations. The latter are beliefs constructed to try and explain and rationalize those same experiences and events.

Is that a problem? Well, again, not if there's an admittance that any explanation is theoretical and belief-driven. The problem, however, surfaces when a demand is made (consciously, deliberately or otherwise) that belief equals fact. It doesn't. Or, it shouldn't. But, for so many, it sadly does.

I very well remember the fury that erupted in 2005 when my book Body Snatchers in the Desert was published, and which suggested the events that occurred in the desert outside of Roswell, New Mexico in the summer of 1947 had far less to do with careless aliens in need of a few good lessons in flying, and far more to do with dark and dubious military experimentation.

While debating the book at a conference in Roswell itself in the summer of 2007, it became very clear to me - and very quickly, too - that whole swathes of people didn't just disagree with the data contained in my book. They clearly - from an emotional and an "I want to believe" perspective - just plain did not want the alien theory threatened. Why? Because the ET angle was exciting, reinforced their hope that there's more to life than just birth, school, work and death, and made them feel that researching Roswell, and the bigger UFO issue, hadn't been a big waste of time.

But, here's my point: if we solved Roswell and it was proved to have been an alien event, well that's great. Ufology is vindicated. But, if it's one day proved not to have been an ET encounter, then why is that a problem? For me it isn't. Research should be about finding answers, no matter whether we like those answers or not, and no matter if they utterly shatter our preconceived beliefs or add significant weight to them. 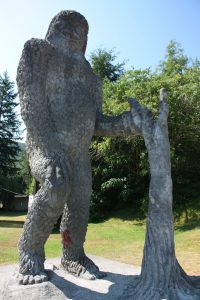 I don't know with 100 percent certainty what happened at Roswell. Neither does anyone else in Ufology. Maybe the number of people at an official level who know the full story is incredibly small. I don't know if the people I interviewed for Body Snatchers were telling the truth or were a bunch of manipulative liars. But, I do know that denying the validity of this or that simply because it doesn't sit comfortably with what someone wants to so desperately wants to hear is utterly ridiculous.

It's the same with Bigfoot. Most researchers of the phenomenon support the "unknown ape" theory to explain the many sightings that have been reported for so long. But, the fact is that there is barely a Bigfoot enthusiast out there who has not come across at least one case of Bigfoot high-strangeness in the course of their research. That's to say where the witness has reported the creature vanishing in the blink of an eye, when the beast has been seen at the same time - and even at the same location - as a UFO, or when something else, but equally mystifying, occurs.

But, so often, these rogue cases are dismissed as mistakes and hoaxes. Or, worse still, they are just outright ignored. Why? Because they threaten the orderly belief-system that Bigfoot is just an unidentified large ape and nothing else.

And, here's the danger: by ignoring or dismissing certain data that does not fall comfortably into an accepted zone of belief, the field of research (Cryptozoology, Ufology, the whole bloody lot) is doing itself a huge disservice by limiting its ability to finding the answers.

When it comes to the unknown, a mind already made up is a mind deceiving itself.