It's hard to believe that it's been fifteen years since actors Will Smith and Tommy Lee Jones first donned their dark suits and took to the screen as Earth's alien enforcers in the popular Men in Black film series. This past weekend, the third installment of the franchise just hit theaters, following agents J and K on a trip back through time to the year 1969, where Smith's character races to stop the unkempt alien menace known as Boris the Animal (a rather odd role for actor Jermaine Clement of Flight of the Concords fame).

The MIBs depicted on the silver screen appear as savvy heroes, of course, who go about proliferating an alien cover-up and flashing deneuralizers at confused bystanders (for their own good, of course). Quite the contrary, the legends within UFO circles that involve so-called Men in Black certainly play a darker role, and are at times even referred to as one of the more scary and menacing aspects of UFO-related phenomenon. 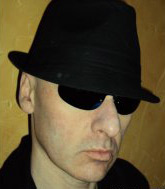 I should begin with something of a disclaimer when it comes to discussing MIBs on a blog like Mysterious Universe. When you're sharing blogging duties with an author the likes of Nick Redfern, who, arguably, is one of the preeminent experts on MIB-related phenomenon today, one should be careful not to press one's boundaries; though I say this somewhat in jest, knowing fully that Nick wouldn't mind even a novice, by comparison, such as me tossing my hat into the discussion for a few minutes at least. Indeed, while my colleague's knowledge may far exceed my own, one of my own stories about having been mistaken for being an MIB myself several years ago also happened to make it into the book. On the other hand, the far more strange and frightening tales Nick relates have to do with reports by researchers the likes of John Keel, Brad Steiger, and others, who seemed to be dogged at various times throughout the years by these fiends.

In general terms, the MIB tend to always tend to show up right after a UFO has been seen within a given vicinity. They will often seek to visit the witnesses, sometimes asking barrages of odd questions, while at other times utilizing threats or other forms of intimidation aimed at silencing those who have witnessed a UFO craft. Early reports, especially those that appeared in books like The Mothman Prophecies, also seemed to deal with a variety of phenomenon that may have ranged from doppelgangers, to hopelessly eccentric nerds wearing fur hats and other odd apparel who may have simply wished to cash in on the UFO excitement in a given locale (these reports are often interpreted as being representative of nonhuman intelligences that may have infiltrated situations in an attempt to blend in, albeit poorly). 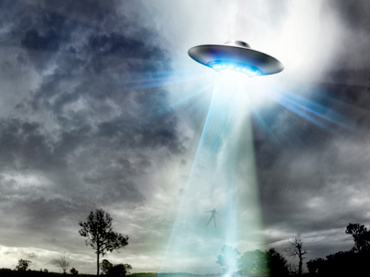 Again, citing the work of Nick Redfern and yours truly, there may indeed be some truth to the latter scenario with regard to odd characters that have shown up in the aftermath of UFO sightings and the like. In my own experience, on at least a few occasions I was known to have attracted some rather odd attention for visiting a famous hotel in Asheville, North Carolina, that was purported to be haunted. Granted, being an upscale establishment with a number of fine dining establishments on the premises, I would often wear a tie and suit during my visits; it was only years later that I began to hear reports of the "curious, and often funny" MIBs that were sometimes seen there at the location, wandering around with various science equipment and asking people funny questions about ghosts seen at the hotel.

The circumstances were indeed a little funny, since it's less often the case that traditional MIB reports involve ghostly phenomenon, instead having far more to do with the UFO problem. And to call it a "problem" might offer one certain qualifying characteristic at this point, since in the early days of ufology, those reports of the dastardly MIB characters certainly seemed to be more prolific... and menacing. During the Cold War years, amidst fear and paranoia regarding various potentials for enemy infiltration and the spiriting away of secrets about advanced military technology, one might assume that it would seem logical for men representing various clandestine agencies to take an interest in those who had seen UFOs, or especially those who sought to write about them; thus the "government agent" angle might come into question here. By the same token, if fears regarding the potential dangers associated with the release of secret information of this sort have calmed somewhat, could this scenario explain why reports of MIB-related incidents have also seemed to lessen in recent times?

If we could ever assume that MIBs were in fact related to the greater UFO mystery in some way, rather than merely being observers themselves, it might also be the case that the sorts of evasive invisibilities the UFO craft have managed to harness are also responsible for the MIBs seeming ability to have blended into the shadows over time. To summarize, researcher Colin Bennett put it best when he noted in his book Flying Saucers Over the White House that, " As any secret agent will tell us, the secret of success in this profession is not to look like James Bond, but to look like absolutely nothing at all. This is the secret of invisibility." Maybe in the case of the MIB, they've simply managed to excel at the latter of these two.