Greetings, fellow Coppertops! Our weekly session with the Oracle will grant us rare glimpses of life as we know it --and as we don't know it-- from the abyss of our oceans to the great void between the stars. Our visions will be filled with cosmic collisions and deadly bursts of energy; yet the final revelation might lie hidden deep within the matrix of a single strand of DNA. So take a seat, clear your minds & grab a cookie.

(10) The first advice the Oracle gives us is to beware of teenagers with freakish super-powers who weren't raised by their uncle Ben. Like this poor Vietnamese girl who can allegedly set things on fire by the power of her mind alone. Now this is a doubly interesting case for me, not only because it nicely falls into the fairly-common category of poltergeist-type activity surrounding pre-adolescents, but also because it reminded of an awesome graphic novel that I read back when I was in college; the novel is The Eyes of Doom (Gimenez & Dal Pra) and it's the story of a Vietnam vet who later turns into a mystery novel writer with a drug habit problem, and a Vietnamese boy with a terrifying power that manifests after his village is bombarded with Napalm. 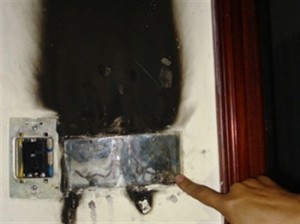 Like Charles Fort once wrote, maybe we are nothing but characters of a rather bad science-fiction novel. I just hope that next time I get the chance to be reincarnated in a cosmos controlled by Alan Moore ;)

(9) One of Alan Moore's more celebrated characters, John Constantine, strangled his twin brother with his own umbilical cord while still inside their mother's womb; a possible allegory intended to symbolize the power-struggle between siblings. Yet in reality we find numerous accounts that seem to prove a deep connection between identical twins that goes far beyond the physical share of the same genetic data. This is the case of Craig & Berton Gurney: when both brothers joined a scientific study that included MRI tests after Brenton started suffering from headaches, the scans showed that it was Craig instead the one with a massive tumor in his brain, despite of having not suffered from any prior complains. 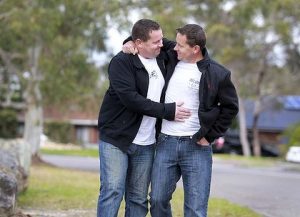 I whole-heartedly agree with Ben & Aaron in thinking this might be some sort of quantum entanglement between the two brothers. And although this connection might be stronger between them due to kinship, since all the atoms in our Universe come from the same single origin prior to the Big Bang, the potential that ALL of life & consciousness is connected is worth considering.

(8) Luke & Leia are the most famous twins in cinema, who even inadvertently brought a bit of incest to the G-rated Fantasy realm (yet another reason why SW will always be superior to Star Trek, sorry Trekkies). One of the next generation of directors who received a huge influence from Star Wars was J.J. Abrams  —and his newest TV project, The Revolution, is sure to scare the Bejeezus out of any tinfoil-hatter who's ever seriously wondered about the cataclysmic implications of a solar tsunami:

Will this TV series help raise awareness about the frailty of the electric infra-structure of which we've grown so hopelessly dependent on? Stay tuned... 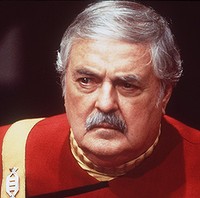 (7) J.J. Abrams managed to resurrect the agonizing Star Trek franchise 3 years ago, and I believe it's only fitting that the historic launch of Space-X dragon and it's subsequent docking with the ISS also served to commemorate the legacy of the most popular space engineer in Science Fiction: James Doohan's ashes —along with those of Gordon Cooper and 300 others— were part of the private space ship's cargo; thankfully they didn't have to be smuggled inside some secret compart— Whoops! wrong saga. My bad, Trekkies :P

We are now living in the era of commercial space exploration. If that thought doesn't raise a few goosebumps in your back, you might want to close the browser & check your pulse for a moment —cause you're either dead or a zombie!!

(6) The Star Trek universe was conspicuously brimming with humanoid aliens —how convenient!— yet Gene Roddenberry never bothered to explain the apparent absence of ET chatter across the airwaves which boggles our astronomers. That never discouraged Jill Tarter from devoting her career to the search of outer-space Twitters; but now the queen of SETI is retiring, and intends to now focus her efforts in the search of something that might prove to be even more elusive than aliens: funding.

One of Tarter's top objectives is to build up an endowment for SETI research. "I find it very interesting that at any one time, even in this economy, there are endowment campaigns of $100 million. We could be one of them," she said.

Tarter is of course the inspiration behind Carl Sagan's novel Contact, and the movie by the same name, which is definitely in my list of Sci-Fi favorites (it's a looong list, I admit). This scene in particular always brings tears to my eyes:

(5) But if not smart ETs willing to share with us a copy of Enciclopaedia Galactica —wait, what if there's a Cosmic SOPA??— the next best thing would be finding proof of life in our own neighborhood. Mars has always been the likeliest candidate, yet it seems that when it comes to Exobiology it's one step forward and two steps back.

Still, there might be hope for Martian life forms yet. After all, the same processes that generate organic molecules here on Earth are thought to have contributed to the emergence of life, so what could have prevented the same thing from happening on Mars —and if it didn't does that boost the odds in favor of Panspermia, either directed or undirected?

(4) The most annoying thing about these kind of news —and the way they are repeated through mainstream media— is that it gives the impression that we already know all there is to know about carbon-based organisms. And we don't! Case in point: this article by the Washington Post describing the discovery of bacteria potentially millions of years old, found on the sediment of the Pacific Ocean floor.

“These organisms live so slowly that when we look at it at our own time scale, it’s like suspended animation,” said Danish scientist Hans Roy, a biologist at Aarhus University and the lead author of the study. “The main lesson here is that we need to stop looking at life at our own time scale.”

Are you hearing this SETI? What if the only neighbors we have in our galaxy are like Ents? To them the concept of a quick message would be one that takes 140 centuries or less. 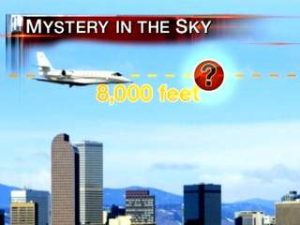 (3) But maybe all the search for alien podcasts and Martian microbes is moot, because the aliens are right here, having their fun at the expense of airline passengers. The biggest UFO story nowadays continues to be the near mid-air collision between a corporate jet an a mysterious object over Denver last week. Explanations for the event have ranged from military drones, radio-controlled model airplanes, to the typical weather balloon. And although researchers like Leslie Kean have often tried to exploit the safety-hazard angle, in order to convince scientists and government officials of the seriousness the UFO problem deserves, I honestly remain skeptical about the possibility of a collision between one of our airplanes and a UAP. In all the decades of commercial aviation, do we have one case where such a collision did bring down an airplane? The only instance where an airplane suffered damage after being hit by a UFO that I can think of was in 1975 with the young Mexican pilot Carlos Antonio de los Santos, and luckily even then the incident didn't conclude in a casualty.

Maybe the buzzings are not meant to scare us, but to slowly raise our awareness of their presence...

(2) Then again, things are falling from the sky all the time, sometimes with catastrophic consequences. Such is the case of the world-famous Tunguska event of 1908, which was even featured prominently in the X-Files mythology. Yet the mystery of the Siberian explosion might finally be solved, now that scientists declared to have finally found the missing impact crater: Lake Cheko.

'We report here results from a magnetic and seismic reflection study of a small lake, Lake Cheko, located about 8 km NW of the inferred explosion epicenter, that was proposed to be an impact crater left by a fragment of the Tunguska Cosmic Body,' say the researchers, from the University of Bologna in a paper published in Geochemistry, Geophysics, Geosystems.

Well, it's nice to see we may finally close the chapter on this particular collision —even though I admit I still have a soft spot for the Tesla theory —So maybe now we can finally focus on the issue of preventing a next one? Just sayin'!

(1) From the Siberian taiga to the Himalayas in the Old World, and from the Rocky Mountains to the Amazon rain-forest in the Americas, tales of primitive hairy giants have reached the technological present. And now thanks to our technology we could be on the verge of the greatest anthropological discovery of all time. A group of researchers from Oxford university and the Lausanne Museum of Zoology are asking for submissions of alleged Bigfoot/Yeti samples in order to conduct proper DNA testing.

"I'm challenging and inviting the cryptozoologists to come up with the evidence instead of complaining that science is rejecting what they have to say," said geneticist Bryan Sykes of the University of Oxford. 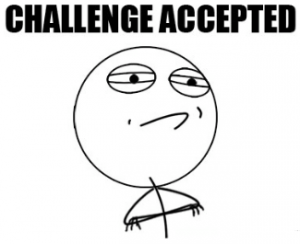 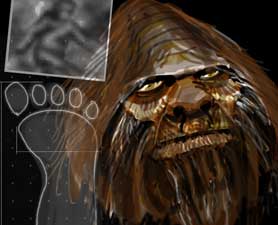 This might be both a curse and a blessing for the Cryptozoology field. Blessing because finally it seems Academia is willing to come down from their Ivory tower and study the evidence the Bigfoot hunters have claimed to gather throughout the years; but if the evidence turns out to be ambiguous or inconclusive, the results might drive a stake through the heart of Cryptozoology from which it might take decades to recover.

And who knows? maybe a bit of healthy competition might finally force Melba Ketchum to finish her alleged DNA study, which by now is turning to be as elusive and mythical as Bigfoot itself. Let the DNA race begin!

Until next time, this is RPJ jacking out, hoping that our little session left you with a sense of exhilaration —balls to bones ;)

Adamski and the Occult