Red Pills of the Week – May 5th

Greetings, fellow Coppertops! This week's exploration of the Fortean Matrix will reveal both ancient & modern mysteries, the deceptions brought by terror as well as the hope brought by ingenuity. So sit back, relax, and please report any repeating black cats you might find.

(10) Our first stage in our ride turns a bit bumpy, with all the seismic activity registered in the past weeks along the Pacific coast, including a recent 6.1 tremor off the coast of Mexico last Tuesday (May Day indeed!). Adding to this the fact that Mount Popo, North America's 2nd largest volcano which is just 70 km southeast of Mexico city, has decided to wake up from its slumber the same way I do it every Monday morning, and you might start to understand why it's not that easy for me to dismiss all the 'Mayan Doomsday' hoopla. Now, before y'all start thinking I've been watching too many reruns of Roland Emmerich's Ragnarockfest on cable, allow me to explain that in the Aztec cosmogony --which was largely copied from more ancient cultures living in Central Mexico-- the world has experienced 4 major cycles of destruction with each culminating with the rise of a new Sun; according to this myth we're all living under the cycle of the 5th Sun, named Tonatiuh Ollin, with 'Tonatiuh' meaning 'Sun' in the old Náhuatl dialect, while 'Ollin' means... 'Movement' *Gulp!*

But hey, maybe we're all overreacting and Dec. 21st will not be the end of the entire world as we know it --maybe just the end of Mexico. "Think globally, worry locally" is my motto.

(9) All this Age of Aquarius & Kali Yuga business is the very stuff that fuels the big machinery of the New Age movement, which is harnessed by many people in the Western world as a gateway to a more spiritual way of life. But 'spiritual' & 'life' can turn into a deadly oxymoron if taken to extremes; which is what a Swiss female practitioner of the controversial discipline of 'Breatharianism' found out, and tragically she paid for this knowledge with her life by trying to follow the instructions laid out in Ellen Greve's book, a 54-year-old Australian woman who has become a celebrity in the 'living of light' movement. Her autopsy revealed that she simply died of starvation, the kind of death more commonly found in the under-developed nations of the world. While I am not ready to dismiss the feat of sustaining the human life without any physical nourishment as pure poppycock just yet, I personally fail to see the point of it; as human beings I would assume that we are endowed with a body gifted with 5 (or more) wonderful senses for a reason, and that perceiving the joy these senses can bring to us as inherently evil and something that ought to be utterly renounced for the sake of our higher selves seems almost like being impolite to the Universe.

Remember: even the Buddha saw asceticism as a false path to Enlightenment, and Jesus might have fasted for 40 days in the desert, but he didn't decline the invitation to par-TAY during the wedding in Cana.

(8) But eating light is something that works really REALLY well to a black hole, and recently some astronomers got the rare chance of witnessing one of these gaseous cousins of Galactus feast on a gullible star that got too close to its orbit, an event that occurs only once every 10,000 years --and I thought *I* had a slow vowel movement!-- While the scientists that observed this stellar buffet thanks to the Galaxy Evolution Explorer space telescope were thrilled to have the chance of studying this rare spectacle, I'm betting that if there were intelligent beings living in a planet orbiting that star, no doubt they would have rather re-schedule the dinner plans.

(7) We may have some new toys now, but star-gazing was practiced by all the ancient civilizations; and among those it's the Egyptians the ones who tend to capture our collective imagination more often. And it seems that the pyramid-fetishists' astronomical abilities were even greater than we previously imagined: the star Algol in the constellation of Perseus was first shown to have a variation in its brightness on a 2,867-day cycle in 1667, and the celestial mechanism which explains the dimness was proposed in 1783 by astronomer John Goodricke; yet a new paper by researchers at the University of Helsinki, Finland, claims that the Egyptians may have recorded Algol's periodic variability --the result of being an "eclipsing binary system" with one dimmer star passing in front of its brighter sister-- 3000 years ago, based on their statistical analysis of a bit of papyrus known as the Cairo Calendar. This document was used by the Egyptians to mark the 'lucky' and 'unlucky' days in their calendar, and the Finnish scientists determined that there are two significant periodic cycles in it, the second cycle seeming to correspond with Algol's variable period. And this is where we once again touch upon a topic much disclosed at MU lately: how 'primitive' cultures barely come out of the Stone Age were able to have such advanced knowledge --it's a Dogon conundrum ain't it?

(6) Mysteries & conundrums have always fascinated us and invited us to solve them, even if the task proves to be impossible. That's certainly been the case with the famous Voynich manuscript, which is about to celebrate its 100th year of discovery. The15th-century cypher, filled with strange astrological symbols, alchemical diagrams and elaborate herbal illustrations is either the work of an arcane adept or the best example of Renaissance trolling, but in May 11 a Fanvoynich gathering will take place in Rome; the program includes a number of presentations about the history of the Voynich manuscript, forensic investigations, word structure and statistical analysis, and an interpretation of its unusual drawings. Maybe after his long Sabbatical since dealing with the Solomon key, Robert Langdon should try and solve the riddle once and for all? *wink wink*

(5) Dan Brown's novels wouldn't be as fun if they didn't show a crime to solve at the heart of them. Let's face it, we all like a good murder mystery, which is probably the reason why so many years have been devoted to solving the enigma of Ötzi's death. Since he was found in 1991 in the Alps bordering Austria with Italy, this incredibly well-preserved mummy of a Neolithic European has been submitted to countless studies in order to learn who he was and how he died. Now Scientists have announced they have managed to recover blood cells from Ötzi's tissue, making them the oldest samples of human blood ever found. I say enough fooling around with the cold jerky: let's clone the guy so he can tell us who punk'd him. Who's with me?

(4) From the Alps we now fly to the British Isles, where the final preparations are being made to receive the attendants to the Olympic games this Summer. But what about um, undesirable visitors? well, fear not: the Londoners seem to be sparing no expenses, and the MoD it's evaluating placing surface-to-air missiles on top of residential buildings to serve as protection against terrorist threats. What's that you say? who would come up with the idea of considering an urban area as the ideal location for tactical weaponry? well obviously a loyal Otaku of the classic anime Neon Genesis Evangelion, that's who! Tokio-3 2015 ain't got nothing on London-1 2012, fool!

You've gotta admit, a missile would be quite the original method to light up the Olympic cauldron --and it's not like they have not used other weapons in the past...

(3) Blame it on the Boogeyman I guess, and If the world has turned into such an Orwellian nightmare is mostly because of former #1 public enemy, Osama Bin Laden. It was one year ago when president Obama announced to the American people that Bin Laden had been finally killed by a special forces team during Operation Geronimo --named after another notorious enemy of the United States-- and now a treasure hunter by the name of Bill Warren is bragging that he knows exactly where Osama's body is... and he just needs 300 grand to bring it up from its aquatic tomb.

Listen Billy boy: if you wanna impress me then leave Osama to the sharks and find me the body of Bigfoot; I've gotta warn you though --we've already have a trio of con-men who tried to fool us with a smelly costume filled with possum meat. Makes you think that perhaps the reason we haven't yet found the lair of the hairy giant is because, unlike Osama, he's never been betrayed by Mrs. Bigfoot; which probably tells you something about the sturdiness of hominin's relationships when compared to the ones between us hairless chimps.

(2) The photo of dead Bin Laden will remain unseen by the American people, but now the hottest pics on the net are those of alleged abductees, taken at Arizona's MUFON convention by Steven Hirsch. The New York photographer claims he doesn't want his audience to have any preconceptions about his subjects, yet I can't help thinking he deliberately used a weird set of photo filters and lighting to make them look fringier than they already are. It doesn't really help that most people are so cynically ignorant about Abductions that they wasted no time making stupid jokes at their expense --"LOL why do aliens come  to probe only old white people?"-- without considering the fact that attendants to these kind of gatherings represent only a very small sample of the total number of individuals claiming to have experienced encounters with non-human entities  (and also that the reason most of these people are Caucasian & over 50 is because those are the kind of folks with enough time & resources to spend a couple of days in a UFO convention). But looking at the photos of Cynthia, Jeffery, Jocelyn & other self-proclaimed abductees, it's really hard not to assume that meeting the Reticulans would give you a nasty case of conjunctivitis --wait a minute... maybe the practice Breatharianismin Zeta Reticuli?

(1) Those that are sure to turn wide-eyed with wonder are the astronauts aboard the ISS, when they finally get the visit of SpaceX's Dragon capsule some time next week if all goes according to plan. Although the mission has been delayed a couple of days due to technical issues & software reviews, there is a general excitement with the realization that the International Space Station is about to receive it's first non-governmental spaceship, giving NASA a much needed respite now that the only chance to take its astronauts up into orbit was via the purchase of a Soyuz ticket.

The sooner we can turn space-flight into a banal activity, the more people might get the chance to experience the same sense of Samadhi --one with the Cosmos-- as reported by astronaut Edgar Mitchell. And if they also get to spot a few UFOs once in a while, so much the better!

Until next time, this is RPJ jacking out & wishing everyone a pleasant stay in Wonderland.

Searching the Stars: How Will Humans Find Proof of Extraterrestrial Life? 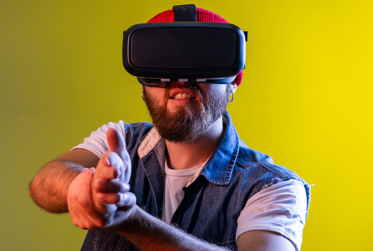