Searching the Stars: How Will Humans Find Proof of Extraterrestrial Life?

In 1977, Mark A. Stull with the SETI Program Office at Ames Research Center wrote that, "The next stage in the evolution of hominids could be stimulated by our entry into space, including a search for extraterrestrial intelligence. Our past success has been due to our breaking of new ground--to our acceptance of the challenge inherent in exploring new ways of life." In other words, our growth as a species may not simply depend on our advancement, but on the act of exploration itself.

As explorers, our species will inevitably come to discover new lands, new resources, and new possibilities. Hence, in a rather cosmic sense, our very survival and proliferation is intricately connected with our urge to discover the vast new possibilities that only alien worlds might afford us. And of course, with the search for new lands and these exciting--perhaps even frightening possibilities, there also comes the potential for contact with not just alien worlds... but the inhabitants of those worlds. 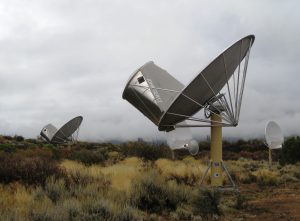 But how likely is it, in truth, that we may stand a chance at finding extraterrestrial civilizations? How likely is it that we would want to meet the inhabitants of an alien world, should we managed to cross the cosmic gap and find that proverbial needle in a celestial haystack? Indeed, these strange non-human entities may in fact be quite unlike you or me... and thus, with a wholly different set of beliefs, standards, and values, these "people," depending on their level of advancement, may even pose a serious threat to humankind.

Then again, there may not be any serious concerns to have to wrestle with just yet. After all, it seems to be a growing consensus among the scientific community today that humans, if anything have been going about our attempts at contact entirely wrong in the first place. John D. Mathews, professor of electrical engineering at Penn State, recently made news for sharing his own ideas about the matter, in an article that was featured in the popular online Kurzweil Newsletter:

“Only by developing and deploying self-replicating robotic spacecraft — and the incumbent communications systems — can the human race efficiently explore even the asteroid belt" (says Mathews), "let alone the vast reaches of the Kuiper Belt, Oort Cloud, and beyond.”

Mathews assumes that any extraterrestrial would need to follow a similar path to the stars, sending robots rather than living beings, which would explain why SETI has not succeeded to date.

Indeed, it seems quite obvious to us now that existing SETI programs, which attempt to start up a cosmic dialog between humankind and aliens, have largely failed. Both cosmologists and ufologists alike have expressed discontent with utilizing methods of long-distance communication that, in all likelihood, would simply be far too primitive for use in reaching a highly-advanced civilization elsewhere. On the other hand, as Mathews correctly assumes here, perhaps the use of robots is indeed a more logical approach. 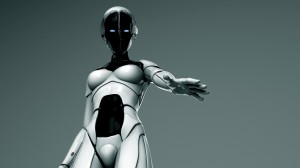 And for all we know, this could even be the basis underlying the existent UFO phenomenon (think of Richard Dolan's suppositions that UFOs may represent some kind of "robotic intelligence," rather than flesh-and-blood aliens from another star system). UFO craft that have been witnessed and observed over the years may just as likely be autonomous drones as they could be anything physical. And as for reports of alien beings... well, let's keep in mind the potential for the creation of artificial intelligence that exceeds the abilities of humans. While such a technology might take on (or to word things more appropriately, choose to take on) many different shapes, if there is truly anything special about our anthropomorphism (hence the way humans have evolved to think and conceptualize the way we do), then it seems at least plausible that our "alien" brethren out there may very well be some variety of artificial intelligence; thus, many of the potential issues associated with living bodies traveling through space might be negated somewhat.

Could it be that, while we're so hell-bent on the notion of making contact, humankind may already be in the presence of various kinds of extraterrestrial drones... designed for efficiency, rather than for friendliness? Perhaps so... and if this were indeed the case, we might as well also forget about these things ever landing on the White House lawn to stop in and say "howdy." After all, if an extraterrestrial race were ever like us at any time in the progression of their advancement, just as surely as our own minds may conceptualize such reasons for more efficient space exploration, those beings likely have put them into effect.

Maybe there are other intelligent species out there who utilize technology to their benefit in exploring and mapping the cosmos. If so, then perhaps the further our own technologies begin to take us down that proverbial road to truth and universal knowledge, the sooner we will likely come into contact with an intelligence elsewhere--perhaps not unlike our own--who had been attempting the same thing for far longer than ourselves. If we're lucky, we may also be advanced enough to recognize such a profound and fascinating technology, should it happen to drift along before us.