On January 29, 1986, a formerly secret document was dispatched to the then-director of the FBI, William H. Webster, by a special agent who was based at the Bureau’s Boston, Massachusetts office and that told an extraordinary and controversial story. Two days before the destruction of NASA's Challenger Space Shuttle on January 28, declassified FBI files now reflect, the newsroom at Boston’s Channel 7 television station received a very worrying call from an unnamed source that had a direct bearing on the Space Shuttle explosion...

It was at 8.35 p.m. on the night at issue, recorded the FBI, when “the caller indicated that he was part of a group of three people who were going to sabotage the Shuttle, causing it blow up and kill all aboard.”

The FBI – astutely realizing that even if the call might have been nothing more than a hoax or fantasy of very bad-taste proportions, it simply could not afford to ignore the matter - quickly ordered a number of its special agents to descend upon Channel 7 with the utmost haste, and to speak with the particular person at the station who had taken the call. 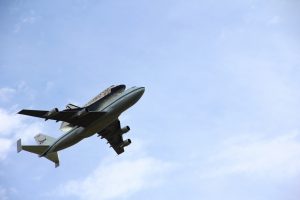 The FBI agents extensively interviewed staff at the station and were told that the mysterious caller spoke of a series of “horrible, horrible things were going to happen,” and that “at least five people are going to be killed” by a secret group that was said to consist of three individuals. The Space Shuttle Challenger, the caller had starkly claimed to the news channel, was about to fly its very last mission – and it was a mission that was going to end in death and complete tragedy, no less, for all of those who were on board.

Despite the problematic fact that the man chose to leave no name, the FBI actually had a very good idea of who he might have been, as is clearly evidenced by the following that is extracted from the FBI’s files on this particular matter: “During briefing of SAC [Special Agent in Charge], ASAC [Assistant Special Agent in Charge], and appropriate supervisory personnel relative to aforementioned and employment of agent personnel, it was recalled that in September of 1985, a walk in complainant, of questionable mentality, had intimated that he had been responsible for the delay of previous Shuttles, plane crashes and other catastrophic events.”

The FBI quickly set about trying to find the man – and, luckily, they soon did so. He was found nonchalantly eating dinner at a nearby Franks Steak House, where he was duly apprehended and arrested. It was noted immediately, and diplomatically, too, by the FBI agents present at the scene, however, that the man was clearly “not in possession of full faculties.”

And, as a direct result, he was released into the specific care of an unnamed, local medical unit for a “five-day mental evaluation." Ultimately, as a result of his dazed and confused condition, no prosecution was ever brought against the still unidentified individual. 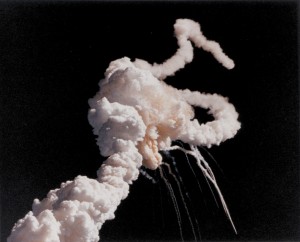 It is ironic that although the man in question was clearly mentally disturbed to a very significant degree, had no real intention of ever blowing up Challenger or any of NASA’s other Space Shuttles, and had made similar, previous threats and claims to the effect that one of the Shuttles was going to be destroyed (none of which had ever come to any sort of fruition), on this occasion he got it practically spot-on: shortly after the man’s call to the newsroom of Channel 7, both the Shuttle and its entire crew really were gone - forever.

Sometimes, truth actually is stranger than the wildest of all science-fiction scenarios. Synchronicity? Coincidence? Paranormal prophecy? A conspiracy yet to be unravelled? The jury remains out.

The final word on this particular matter went to the FBI, who recorded, somewhat wearily and warily, one strongly suspects: “It is entirely feasible, and in all probability likely, that [the man] will make similar calls prior to departure of future Space Shuttles.” Currently available FBI files do not reflect any evidence that the man at issue crossed paths with agents of the Bureau ever again, however.

Thus a very strange and once-secret saga of the doomed Challenger Space Shuttle came to a quiet close.