Just occasionally a book comes along that I don't just recommend to people. Sometimes, I tell them they have to get a copy of it, no matter what! And that's the case with the recently published book, The Black Eyed Children, penned in masterful style by David Weatherly. There can be very few readers of Mysterious Universe who have not at least heard of the phenomenon, but if you haven't, well, David starts his book with the following, atmospheric words to get you acquainted with the admittedly creepy controversy:

"They just want to come inside. Across the world, there are a growing number of accounts of strange, black eyed children. They appear on doorsteps, at car windows, hotel rooms and even boats. Their skin is pale, their mannerisms odd and they have one consistent request. They want to be invited inside. What exactly is this growing phenomena? Are they demonic entities? Alien hybrids? Perhaps they are some form of spirit seeking passage to another place. Or, are they simply a modern urban legend born of the computer age"

And it's these questions, and many others, that David addresses at length in his book. 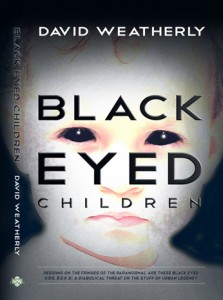 What I particularly enjoyed about The Black Eyed Children is that David not only relates the facts, the history, the rumors, the legends and theories relative to these kids, but he does so in a highly entertaining style. There's nothing worse than reading a book that is packed with data, but that is as dull as the skies of England on a rainy October morning. Fortunately, David's book is anything but dull!

I don't exaggerate when I say that, in my opinion, this is destined to become the definitive study on the puzzle, and for several reasons. Thankfully, and very refreshingly, David details the various scenarios that have been presented to explain the mystery, but he doesn't force-feed any particular one down the throat of his audience. Rather, he presents the witness testimony, the case-files, and the supporting data and evidence, and then uses this as a springboard to try and determine which theory - or, indeed, theories - might be the correct one when it comes to trying to understand what these "things" are or are not. And, given the macabre nature of some of them, I'm perfectly satisfied in calling them "things."

The book begins with a number of significant witness reports of encounters that are downright creepy. Yep, I know I used that word - creepy - earlier, but it really is the best way to describe these "Damian-meets-E.T." type kids. A lot of people view the Black Eyed Children from that torturous "Love and Light" angle and perspective. You know the one: E.T. is dabbling with our DNA and creating half-human/half-alien kids that are super-intelligent and that will play a big, positive role in our future as a species. Well, David most certainly addresses at length the "hybrid" angle, but, for me, I still get the deep feeling after reading his words that the phenomenon is very much self-serving and has its - rather than our - best interests at heart. And that's probably a black heart, too.

This becomes particularly apparent when David begins to delve into highly alternative areas relative to not just the far more conventional "Nuts and Bolts"-UFO angle, but such realms as demonology; life after death and malevolent, tortured ghosts; Middle Eastern Djinn; definitive Tricksters; and a whole host of other entities that may not exactly be our best buddies in the slightest.

And, I'm pleased to say, David - always balanced and unbiased - doesn't shy away from addressing the possibility that the whole thing is down to nothing stranger than modern-day urban legend. But, as he makes clear, even if some cases fall into that category, there is still a larger and wider mystery to be resolved. Like any aspect of Forteana, yes there are legends, hoaxes and friend-of-a-friend tales. But, strip them away and there's still a phenomenon - and that applies to the Black Eyed Children, too.

There's also an excellent chapter on the way in which certain medical conditions can affect the colors of the human eye - thus demonstrating that David leaves no stone unturned in his quest for the truth.

For me, the most fascinating sections of the book were those that highlighted the undeniable parallels between these eerie kids and the Men in Black, vampires and a host of other historical and horrific things that seem to take so much pleasure in tormenting us with their own, unique brands of evil mischief. 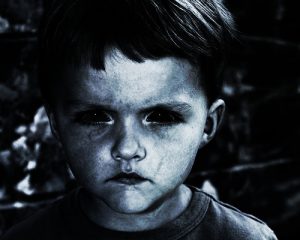 That the BEC reportedly, and specifically, have to be invited into the home of the person in their sights does, of course, evoke imagery of the classic blood-sucker of Eastern Europe and elsewhere. And, with regard to the Men in Black, David notes, intriguingly: "Perhaps the classic image of the MIB became too tame for some situations and a higher force created the black eyed children in order to grab the attention of a jaded, overwhelmed public that is tired of old stereotypes."

If your main area of interest when it comes to the paranormal is UFOs and aliens, then you won't want to miss this book. But, by delving deep into the hearts of a host of other supernatural conundrums too, the book will also satisfy, intrigue and inform the student of demonology, mythology, ghosts and specters, succubi, and the age-old phenomenon of changelings, which is so prevalent in fairy-lore.

In conclusion, then, David Weatherly's The Black Eyed Children is a fascinating, insightful and remarkable piece of work on a subject that has been crying out for the definitive study  - and, now, we have that definitive study. If you thought you knew all there was to learn about these strange characters, you're about to get a big wake-up call! Maybe a literal wake-up call, too, if "they" come knocking on your door on some dark, chilled night as the witching-hour looms...

The Rediscovery of Wartime Relics