Just a few days ago, an irate emailer asked me why I was so sure that the data presented in my 2005 book, Body Snatchers in the Desert (which suggested the Roswell, New Mexico affair of July 1947 had more to do with secret, controversial human experimentation of a Japanese nature undertaken by military personnel than it did with aliens from some far away world) was correct. Well, as I pointed out to Mr. Irate, I have always been brutally honest and added that I specifically cannot deny the possibility that the people I interviewed for the book were lying to me, specifically to further confuse the possibility that aliens really did crash at Roswell!

Now, certain people in Ufology get confused by people like me who suggest the truth could go one way or the other. Rather, they want their believers and they want their skeptics, and they want nicely delineated lines between the two, because it makes things easier for them. Well, too bad. I'm neither a believer or a disbeliever in any theory pertaining to Roswell. Nor am I out to make things easy - or easier - for anyone. Rather, I'm someone who came across a controversial story of disturbing and dark proportions and published it.

Why? Because I feel it's important to share data, to get it into the public domain, and not to get caught up - 100 percent - in any particular belief system that lacks hard evidence. And, publishing data hopefully helps determine its validity or otherwise. Keeping it locked away in a filing-cabinet serves no purpose at all. 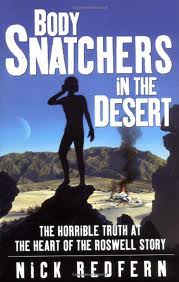 And, as I further explained to Mr. Irate, to have an understanding of why I do not dismiss the possibility that Roswell was an event borne out of classified military experimentation involving high-altitude balloons, Japanese individuals and more, it's vital to see what was afoot - secrecy-wise - before, during and after Roswell occurred. Let's take a look...

During the latter stages of the Second World War, the Japanese military is working to perfect highly advanced balloons as a weapon of war – to the extent that on 4 June 1945, a Japanese military spokesman states that the launches of its "Balloon Bombs" of the previous few months are merely precursors for something far more dangerous, including large-scale attacks with death-defying Japanese manning the balloons.

The new balloons, American experts estimate, will be at least sixty feet in diameter and will be able to carry a pressurized gondola containing four relatively small men to a height of around 30,000 feet as the balloons travel upon their stratospheric, four-day flights across the Pacific to the United States. Similarly, declassified FBI, CIA, Air Force and British Government memoranda reveals that in the same time frame, the Germans are actively pursuing several new and novel aviation-based projects, including the construction of circular and elliptical shaped aircraft – a number of which are based upon the groundbreaking and revolutionary work of the Horten brothers. 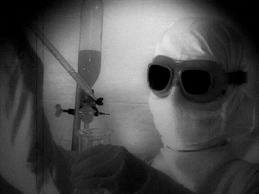 In addition, extensive wartime research is conducted by the Japanese Government’s Unit 731 and by Nazi scientists into the extremely controversial area of human medical experimentation. A large body of that same experimentation is devoted to better understanding the effects of high-altitude exposure on human beings.

At the close of hostilities, scientific, aviation and medical experts from Japan and Germany are secretly brought to the United States – via Operation Paperclip and its Japanese equivalent – where human experimentation and advanced aircraft research continues unabated and under the strictest security. As President Clinton’s Advisory Committee on Human Radiation Experiments notes: At least 1,600 scientists and their dependents were recruited and brought to the United States by Paperclip and its successor projects through the early 1970s.

The ACHRE also notes with respect to the time period in question that a number of potentially important collections could not be located and were evidently lost or destroyed. Similarly, the Committee reveals, a number of those same document collections related to experiments undertaken in the fields of biomedicine, defense and space exploration; and in the great majority of these cases only fragmentary data remained. Where programs were legitimately kept secret for national security reasons, states the Committee, the government often did not create or maintain adequate records, thereby preventing the public, and those most at risk, from learning the facts in a timely and complete fashion. 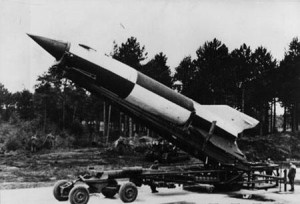 In the aftermath of the War, a number of military research sites recruit Paperclip scientists with backgrounds in aero-medicine, radiobiology and ophthalmology, including the Air Force’s School of Aviation Medicine, from where experiments into total-body irradiation, space medicine, space biology and flash-blindness are undertaken; and the White Sands Proving Ground becomes home to the V2 rockets developed by – and captured from - Nazi Germany during the War.

In addition, at the same time that the Paperclip personnel are actively being brought to the United States, the Air Force’s Aero Medical Center gives its top priority to the translation of manuscripts providing a complete picture of German aviation medicine.

Further advances are made in the field of aviation in post-war America: on 26 May 1946, the Air Force awards to the Fairchild Engine and Airplane Corporation a contract that establishes Fairchild as the responsible agency of the NEPA nuclear aircraft project; and the Holloman Balloon Branch, Holloman AFB, New Mexico, eventually goes on to become a recognized component of the space-race, via its involvement in the Discoverer program. 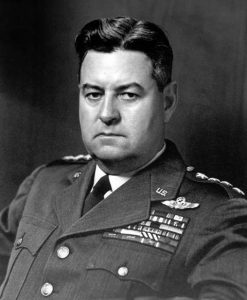 Crucially, the National Archives and Records Administration at Maryland makes available a document concerning the early years of research at White Sands and Holloman: Little information is available on specific events with regard to range safety during this period, it reveals. And on 1 July 1947, Major Curtis E. LeMay, Major General, U.S. Army, Deputy Chief of Air Staff for Research and Development, orders that research into the biological effects of radiation on Japanese individuals should begin.

In the summer of 1947 and against this backdrop of (a) nuclear and biological tests on human subjects; (b) revolutionary aircraft programs; and (c) an influx of senior scientific, medical and aviation experts into the United States from Japan and Germany, a series of events and accidents occur in New Mexico that collectively become known as The Roswell Incident. Witnesses at several crash sites report seeing the remains of unusual-looking aircraft and small bodies, some with enlarged, bald heads and Asian or Oriental-like features.

On 19 August 1947, FBI Special Agent S. W. Reynolds informs Bureau director, J. Edgar Hoover, that in a meeting with an Air Force colonel, the colonel expresses his firm belief that, the flying discs originate with a highly classified experiment of the Army or Navy. 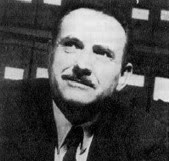 In the immediate wake of the Roswell affair, Dr. Lincoln La Paz of the University of New Mexico – and a wartime expert on Japanese balloons – becomes deeply embroiled in the Roswell controversy; the ramifications of the Nuremberg Code begin to reverberate and rumble within the United States; and, as the 3 November 1947 issue of the Biology Division Bulletin of the Clinton National Laboratory reveals, staff at Oak Ridge (home of the nuclear aircraft program) take an active interest in experimentation undertaken to determine the effect of radioactive iodine on dwarfs and those afflicted with Progeria - a syndrome that results in a small stature, an enlarged, bald head and on occasion extra fingers and toes.

In official FBI memoranda, Colonel Clyde D. Gasser, Air Material Command, U.S. Army and the principal army technician at the NEPA project at Oak Ridge, discusses with the FBI his theories linking flying saucers with nuclear aircraft research. And on 4 October 1949, the NEPA Medical Advisory Committee concludes that, with regard to the nuclear aircraft program, live, human experimentation is the number one priority.

During the same time, an official report of the Air Force’s UFO investigative unit, Project Grudge, recommends that the military’s psychological warfare personnel should be apprised of the results of the Grudge study. Notable is the Department of Defense’s official definition of psychological warfare: “The planned use of propaganda and other psychological actions having the primary purpose of influencing the opinions, emotions, attitudes, and behavior of hostile foreign groups in such a way as to support the achievement of national objectives.”

In the same time frame that the military, the Psychological Strategy Board and the CIA are looking at the ways in which the flying saucer mystery can be used as a tool of psychological warfare, Brigadier General W.M. Garland, USAF, informs General John Samford, Air Force Director of Intelligence, that it is logical to assume that some reported flying saucer sightings could conceivably be related to the development of aircraft borne out of the work of the Horten brothers. 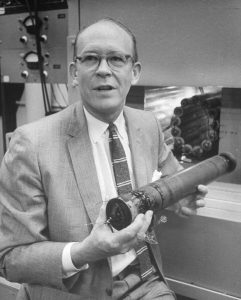 Operation Klondike is initiated and employs the use of a crashed UFO cover story for the transfer of Hungarian treasures, including the crown of St. Stephen; and in 1955 Dr. Willard Libby of the Atomic Energy Committee’s Project Sunshine states that accessing human samples is of prime importance and if anyone knows how to do a good job of body-snatching, they will really be serving their country.

Does any of this prove that Roswell was the result of a classified military test? Of course not! But, in my view, the sheer level of secret activity demonstrated above - much of a high-altitude nature, and a great deal relative to controversial experimentation undertaken on human individuals in the 1940s - leads me to conclude we should not rush to dismiss the possibility that aliens did not crash at Roswell.

Something strange certainly happened at Roswell. But, if you get all bent out of shape just because someone like me suggests aliens didn't meet their deaths on the fateful day in the wilds of New Mexico, that is simply because you are caught up in the dreaded "I Want To Believe" mindset. Belief is the bane of everything - and particularly so when it comes to UFOs. No-one in Ufology should be belief-driven. But, unfortunately, so many are, were, and always will be.

(The images used in this post are for illustration purposes only)

Bigfoot: The Strangest Case Of All?