Cattle Mutilations and the Government

Mentioning to many of the leading lights in the field of so-called "Cattle Mutilations" the idea that the admittedly weird phenomenon might have far more to do with the the work of a clandestine group in government or the military than it does with black-eyed aliens from some far away galaxy, is likely to result in a response of an overwhelmingly negative and defensive nature. Belief (particularly of the Mulder-like "I want to believe" variety) is a very powerful tool when it comes to concluding this or that is linked to the UFO puzzle. And that goes for cattle-mutes, too.

But - say the full-on believers in the theory that E.T. like to chow down on a nice tasty steak now and again - if not the aliens, then who else could be responsible? For the most part, they scoff at the idea of predators, cults and the government (the latter being "them" in paranoia-land) as the culprits.

The fact of the matter, however, is that - for decades, no less - various official bodies have taken a clandestine and concerned interest in animal deaths and injuries all across the United States. But not for reasons relative to the actions of menacing, meat-loving extraterrestrials. Nope, the reasons are much different and, in many ways, far more disturbing. We're talking about shadowy figures sabotaging the food-chain via deliberate, terrorist-style actions and officialdom's secret and sometimes panicky attempts to stop it. 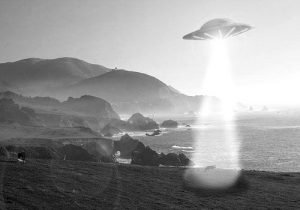 Think I'm wrong? Think the government could not keep - and still isn't keeping - a careful and secret watch on the U.S. cattle population for reasons of a national security nature? If you do, it's time to think again. Read on...

Bacteriological Warfare in the United States is a fascinating FBI document – declassified into the public domain via the terms of the Freedom of Information Act - that covers the years 1941 to 1950. Notably, of the file’s original 1,783 pages, no less than 1,074 have been firmly withheld from declassification by the FBI. The file reveals a wealth of illuminating and disturbing data on animal disease and death, and their potential, theoretical links to bacteriological warfare and sabotage by hostile nations and individuals.

For example, J.R. Ruggle, the FBI Special-Agent-in-Charge at the Savannah, Georgia office of the Bureau in the early-to-mid 1940s, wrote thus to FBI Director J. Edgar Hoover on February 3, 1943: “This office has received a copy of a communication from JOHN T. BISSELL, Colonel, General Staff, Assistant Executive Officer, Military Intelligence Service,Washington,D.C., dated December 29, 1942, to directors of intelligence in all Service commands…”

“It has been brought to the attention of this division the possibility in the immediate future of an attempt on the part of the enemy to plant bombs containing germs or to endeavor to create an epidemic, such as hoof and mouth disease, among cattle and other livestock. It is requested that should any information concerning the above come to the attention of the Directors of Intelligence of the Service Commands or the A.C. of S. [Assistant Chief of Staff], G-2 [Army Intelligence], Western Defense Command, that the same be transmitted by the most expeditious means to the Assistant Chief of Staff, G-2 War Department.”

Evidently, such matters were of keen concern to U.S. Intelligence. And that concern did not go away any time soon. In 1944, the FBI prepared a document that dealt with the scenario of a widespread attack on the U.S. cattle herd via unconventional, bacteriological warfare. The document states:

“A review of the book entitled ‘Sabotage’ by Michael Sayers and Albert E. Kahn, which was published in September of 1942, discloses the following data: The complete record of sabotage carried out by Chernov, supposedly of the German Intelligence service in Russia during 1930 to 1936 is too long to put into the book according to the authors, but includes - killing off pedigree breed-stock and raising cattle mortality by artificially infecting cattle with various kinds of bacteria – effecting a shortage of serum to counteract epidemics of anthrax so that, in one instance, 25,000 horses perished as a result of Chernov’s sabotage – infecting tens of thousands of pigs with erysipelas and with certain plagues by having virulent bacteria placed in medicinal sera. 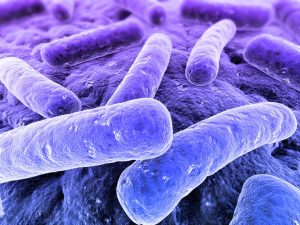 “In another point, the authors have asked the question: ‘Could such wholesale sabotage of agriculture as took place in the Soviet Union take place in the United States of America?’ They then answer the question that, regardless of how fantastic it might sound, such diabolical sabotage was actually practiced by German saboteurs in 1915 in the United States of America."

“Anton Dilger, a German-American medical graduate from John Hopkins University, was in Germany when the First World War broke out. He offered his services to the Kaiser, and was promptly detailed by Colonel Nicolai to do secret service work in the United States. Dilger returned to America with a supply of cultures of glanders and anthrax germs. Financed by von Papen, he set up a laboratory in Chevy Chase, near Washington, and started breeding germs on a large scale for infecting mules, horses, and cattle awaiting shipment to the allies.

“This man then organized a band of some twelve assistants to travel around the country, carrying Dilger’s germs in small glass phials stopped with corks through which a needle extended. This roving band jabbed their deadly needles into the livestock.

“They also spread germs by placing them in fodder and drink. Thousands of soldiers, as well as horses and cattle, died as a result of Dilger’s germs. At last Dilger revolted against his mission of silent death. He was murdered by German spies a few months before the end of the war. Could it happen here? It did happen here!”

The FBI’s declassified records from 1945 reveal that the issue of cattle being potentially affected by bacteriological warfare was a major one. A memo to Hoover dated July 6, 1945 states: “You may be interested in the following information which was reported by the SAC [Special-Agent-in-Charge] of the Norfolk Field Division following a Weekly Intelligence Conference on June 28, 1945.”

The document refers to the work of a man (whose identity is concealed to this day within the pages of the declassified documents) employed by the then-Army Air Force at Langley Field, Virginia, and who had “been assigned to handling investigations concerning the landing of Japanese balloons in the states of North and South Dakota and Nebraska.”

In a summary report, the SAC at Norfolk informed Hoover: “I was interested to learn that recently several Japanese balloons were found in that territory which were determined to have been carrying bacteria. The bacteria consisting of Anthrax, are placed in the hydrogen. I was told that such bacteria mainly affects cattle. When the bacteria lands on wheat or other types or farm land where food is being raised for the cattle, the bacteria remain in the food when it is eaten by the cattle, and upon human consumption of the milk or meat, the bacteria can be passed on.”

Particularly notable is a July 11, 1949 document that refers to the FBI’s desire to acquire “...world-wide information on animal diseases and animal population.” And, one year later, the FBI was still collecting such data. On October 19, 1950, the FBI prepared a document titled Abnormal Loss of Hogs in Nebraska and Illinois that dealt with an unusually high number of hog deaths in the aforementioned states - as a result of cholera. The files, however, make it clear that, in official, FBI quarters, the nature of the animals’ deaths had been viewed with deep suspicion. 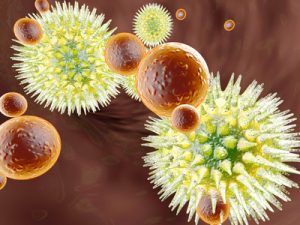 It was concluded that the deaths were due to a “variant virus” or “atypical virus” that stemmed from “local conditions and the physical conditions of the hogs.” The important factor, however, is that this document was found within a file specifically focused upon bacteriological warfare. In other words, the FBI was still looking closely at any and all animal deaths that might not have wholly conventional explanations.

Of great significance is the fact that one of the cases that the FBI examined – and that is described in a heavily-redacted memo of May 29, 1950 – dealt with the finding of plague-infected rats at the highly sensitive Sandia Base, New Mexico, and which was viewed in some quarters as being the result of nothing less than a deliberate attempt to clandestinely introduce a widespread plague on Sandia by hostile, unknown sources.

As an example, a document prepared by the FBI’s Special-Agent-in-Charge at its Albuquerque, New Mexico on June 22, 1950, titled Bacteriological Warfare – Espionage-Sabotage (Bubonic Plague), refers to rumors then flying around the official world that an outbreak of bubonic plague in New Mexico’s rat population may have been the result of deliberate, bacteriological warfare-related activities by – once again - hostile, unknown forces.

The FBI noted with respect to its interview with a plague expert, who is identified only as a “Miss Greenfield” that: “...[She] is acquainted with the presence of the plague among wild rodents in New Mexico and in the United States for several years. It has now reached an area from the West Coast to a line running north and south at approximately the border of New Mexico.”

Notably, the FBI subsequently received from the Public Health Service two charts displaying the outbreaks of plague in both New Mexico and the continental United States during that period. And as the FBI noted with respect to the Public Health Service: “…they have found positive evidence of the plague among wild rodents in the states lying west of a line directly north of the east boundary of the state of New Mexico.”

The FBI’s Special-Agent-in-Charge at Albuquerque concluded his report thus: “Miss Greenfield has been requested to advise this office concerning any pertinent developments of the plague in New Mexico or in the United States that may come to her attention. In the event such developments are received, the Bureau will be immediately advised.”

And, in essence, those are the significant, declassified portions of the file. Taking into consideration the fact that we now know senior elements of, and agencies within, the government were taking a deep – albeit secret – interest and concern in cases of unusual disease and death in the U.S. animal population in the 1940s and 1950s, is it really out of the question to suggest they might have done exactly the same thing since the 1960s and right up to the present day?

And, that being so, what better way to hide such actions than behind a smokescreen of alien-themed "cattle mutilations"?

After all, such a smokescreen (or maybe "meme" might be better and more accurate) would keep away the "serious" media, who would lump the phenomenon in with the likes of Roswell, Nessie and Bigfoot and largely ignore it or poke fun at it. UFO researchers would be kept busy chasing non-existing alien butchers. And the debunkers - some of who are hardly strangers when it comes to acting as fawning, pathetic apologists for government - would be content to suggest it's all the work of coyotes, mountain-lions, birds, insects, etc., etc.

Cattle mutes are real - believe it. But the culprits are not who many think they are (or so desperately want them to be)....

I'll have much more to say on all this early next year. Much, much more...pages and pages more...

The Tragedy of King Lear: John Lear and the Controversy of Conspiracy