Where did we come from? How did the universe come into being? Are we alone in the universe? Is there alien life out there, and what is the future of the human race? These are the sorts of questions that great minds of science have been asking ever since our concept of a universe was first realized, and all were questions put forth by acclaimed physicist Stephen Hawking, during a lecture he gave in 2008.

During the presentation, Hawking notes that the apparent probability of life arising elsewhere in the universe, based on conditions we can observe here on Earth, seems pretty high. "On the other hand, we don't seem to have been visited by aliens. I'm discounting the reports of UFOs... why would they appear only to cranks and weirdos?"

Cranks and weirdos, huh? While Hawking may indeed be one of the finest scientific minds of the last century, the bold assumptions and outright ignorance this statement betrays behind Hawking's logic is disheartening, at best. As if the discussion required any further reason as to why this is the case, below I've chosen to take a look at a few other statements Hawking makes with regard to UFOs and alien life, and why there are more than a few problems with his views.

First of all, when it comes to the study of alien life, it's understandable that Hawking would fall into the same trap where UFOs are accepted to be aliens from other worlds. Still, this assumption arrives all to often, and despite any hard proof to support such a connection between aliens and unidentified flying objects. While there could be a connection, for all we know, a truly scientific perspective of the UFO phenomenon must remain neutral as to what they actually may be. There is simply no way to directly associate UFOs with alien life, with no reliable frame of reference regarding what aliens may be, or if we've been visited.

That said, thanks to the work of journalists like Leslie Kean, Robert Hastings, and others who have gone to great lengths to document official reports by government officials, pilots, and others with officialdom who have had UFO sightings, we can rest assured knowing that "cranks and weirdos" aren't the only UFO witnesses out there. What Hawking espouses here is representative of a very sad attitude maintained by many in the scientific mainstream, and if anything, it is the result of sheer ignorance. Statements like these are most often afforded us by individuals who, with their focus kept strictly and at all times on the matters of physics and the sciences, probably have never really had proper exposure to UFO reports that are more justifiable than those outlandish episodes to which Hawking refers. 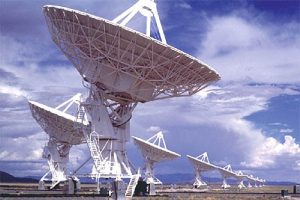 Hawking went on in his presentation to criticize the notion that secret activities may be going on behind the scenes, as played out by our world governments. "If there is a government conspiracy to suppress the reports, and keep for itself the scientific knowledge the aliens bring, it seems to have been a singularly ineffective policy so far." Or has it? Supposing for a moment that some clandestine organization indeed might have succeeded in keeping UFO-related knowledge from the public, might their success not be measured by the boldness of statements like this one, which Hawking makes so assuredly? If the secret had been kept effectively, for the most part, then arguably someone like Hawking, well-connected though he is in the community, would still remain in the dark about a UFO conspiracy... though again, this would only be in the event that some conspiracy did in fact exist.

In truth, there wouldn't have to be any conspiracy for potentials to exist that Hawking hasn't seemed to take into consideration here. He cites with confidence the failure of SETI programs in past attempts at unraveling the mysteries of alien life through discovery of coded alien messages from afar. And yet, he doesn't stop to consider whether SETI's real failures might have been in the limitations present with the science being employed; can we really be so bold as to assume that, if radio signals couldn't be detected, then there is less likelihood altogether that alien life exists?

Below is a link to the short video segment where Hawking, despite his great knowledge, seems to rest his critique of the UFO enigma on a series of under-educated assumptions. What are your feelings on this line of thought, and does this sort of attitude expressed by scientists today actually more harm than good when it comes to understanding the potentials of alien cosmology?

The Goblin’s Grimoire: Hopkinsville Reprised, or the Hollow Earth?