Many people will tell you, when it comes to remembering their dreams, that only bits and fragments will emerge; aside from this, there is, in essence, really very little else that manages to break through to the human mind of the waking hours. On the other hand, there are also many who will state that in addition to being able to recall their dreams, some of them are incredibly vivid, with a number of interesting elements that spill over into the realms of the active imagination, where one can actually control aspects of the dream; in essence, the dreamer is aware of the fact that they are dreaming.

The term "lucid dream" was first coined by psychiatrist Frederick van Eeden, in reference to such vivid dreams that one can seem to learn to control and manipulate, and many today have claimed that virtually anyone can learn how to achieve a lucid dreaming state. My own interest in the phenomenon is related not only to the lucid dreams themselves, but also to some of the strange activity that seems to occur concomitant with them. Among these are the ability not only to control their dreams, but also to develop certain psychic senses that appear to be related to the lucid dreaming state, as well as that familiar (and terrifying) condition known as sleep paralysis. 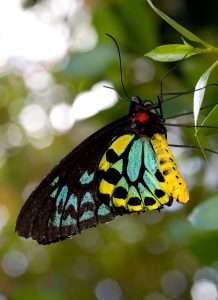 A while ago, my brother shared an interesting experience where he had claimed that while in a lucid dreaming state, that he had managed to gain control of aspects of his dream. There had been a butterfly present in the dream, which he had consciously begun to try and manipulate, as a sort of measure of his control. He transformed this butterfly into a mouse in the dream, which subsequently was captured and eaten by a cat. Then the following morning, to his surprise he learned that just outside his bedroom door, his cat had actually captured and killed a mouse!

Many listeners of The Gralien Report Podcast have written to me sharing similar stories. One woman described having a number of vivid dreams in her lifetime that appeared far more "real" than the average dream, and often where she had been cast as a character in some real-world scenario she did not understand. Upon awaking, she would often find that very similar events--often tragedies--had seemed to have occurred elsewhere in the world. Why, if there was no way she could help or prevent these occurrences, was she plagued with such dreams? Was there truly any kind of connection between the dreams she had, and the events she would often learn about in the news afterward?

Lucid dreaming has become such a popular motif in our culture today that there are many "practitioners" that seek to do it almost on-demand, where they practice various methods of entering a lucid state while dreaming. BBC News recently reported on the popularity of the strange process, as well as how technologies are influencing the methods used to achieve it:

Once confined to a handful of niche groups, interest in lucid dreaming has grown in recent years, spurred on by a spate of innovations from smartphone apps to specialist eye masks, all promising the ability to influence our dreams."A couple of years ago there were about four or five people organising meetings" says Mac Sweeney, a dentist and lucid dreaming expert from Islington, London. "Now there are closer to 50, and that's in the capital alone."

Also somewhat related to the Lucid Dreaming fad is the more unsettling phenomenon known as sleep paralysis, where an individual entering REM sleep becomes paralyzed through natural processes aimed at preventing the body from moving while vivid dreams occur. Sometimes the same chemical processes within the body that are underlying the paralysis phenomenon can occur at other times, however, the most peculiar (and frightening) resulting in an individual who enters a waking state, but is unable to move. There are also a variety of hallucinatory experiences that may occur during this time as well, hence leading to a state where the individual may perceive strange activity that occurs immediately around them, and which is rather ghostly in nature. 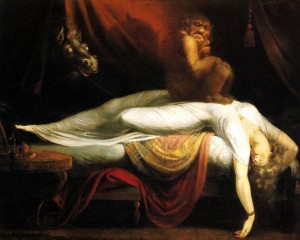 Another of my listeners recently shared an experience with me where he had been visited by three entities, one of which had apparently been a aged-looking female with short white hair and frightening white eyes. The female being crawled onto his chest while the other two held his arms down (though he was paralyzed already), and she began to whisper things into his ear. At one point, she even advised that "praying wouldn't help," despite the fact that he was an atheist! The being also tried to kiss him, and once he eventually came out of the paralysis, he still was able to see the "entities," which walked out the door into another room. Shocked and terrified after this experience, he then opened his window, where he claimed to have seen three bluish colored orbs floating outside; upon witnessing this, he passed out and collapsed onto the floor, where he awoke again three hours later. When he came out of the bedroom, his brother, who had been up for several hours, claimed that he had seen what looked like a shadow exit the room several hours before... had his brother witnessed some physical aspect of the creepy manifestations that "attacked" him?

It is difficult to say whether the sleep paralysis phenomenon, or that of lucid dreaming itself, is entirely spiritual in nature. My personal view is that they are natural phenomenon for the most part, but that there are a number of factors here which may be conducive to altered states of consciousness, where the mind is thus made more "open" to the influence of strange phenomenon. Thus, while many will recall having experiences that are obviously natural and even mundane during their lucid dreaming or sleep paralysis episodes, there are others who will describe far more involved and frightening occurrences, too. The trouble, of course, is trying to draw the correct distinctions between the two in either case, and learn from them scientifically. After all, how, exactly, does one quantify or validate a frightening encounter of the otherworldly variety that may occur while the "victim" isn't fully awake?

The Kingman Saucer and a Contactee 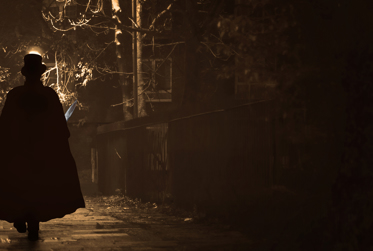