The Kingman Saucer and a Contactee

Back in 1973, a man named Arthur Stansel - using the alias of Fritz Werner - provided the respected UFO researcher Ray Fowler with an extraordinary and controversial affidavit concerning nothing less than an alleged crashed UFO event in Kingman, Arizona two decades earlier. It went like this...

“I, Fritz Werner, do solemnly swear that during a special assignment with the U.S. Air Force, on May 21, 1953, I assisted in the investigation of a crashed unknown object in the vicinity of Kingman, Arizona. The object was constructed of an unfamiliar metal which resembled brushed aluminum. It had impacted twenty inches into the sand without any sign of structural damage. It was oval and about 30 feet in diameter. An entranceway hatch had been vertically lowered and opened."

Stansel/Werner continued: "It was about 3-1/2 feet high and 1-1/2 feet wide. I was able to talk briefly with someone on the team who did look inside only briefly. He saw two swivel seats, an oval cabin, and a lot of instruments and displays. A tent pitched near the object sheltered the dead remains of the only occupant of the craft. It was about 4 feet tall, dark brown complexion and had 2 eyes, 2 nostrils, 2 ears, and a small round mouth. It was clothed in a silvery, metallic suit and wore a skullcap of the same type material. It wore no face covering or helmet. I certify that the above statement is true by affixing my signature to this document this day of June 7, 1973.” 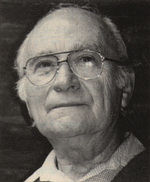 Well, as fascinating as all the above undeniably is, it's a fact that the Kingman affair is one that is absolutely steeped in controversy and debate, and which has led some to accept the case as valid and has caused others to dismiss it all as nothing more than outrageous fantasy. And appropriately for such a controversial story, there is an intriguing aspect of the Kingman affair that is hardly ever discussed, and of which many within Ufology are completely unaware. And here it is, in all its strange glory...

Beyond any shadow of doubt, the number of people who can claim aliens wrecked their marriages is infinitely small. But, such claims have been made – the most memorable being that of construction-worker Truman Bethurum. His idea of a close encounter was very different to those of other UFO witnesses: his alleged 1952 liaisons – atop Nevada’s Mormon Mesa - with Space Captain Aura Rhanes, a supposed citizen of the planet Clarion, ultimately led his outraged wife to file for divorce!

Mormon Mesa is a 1,893 foot high summit which dominates Nevada’s Moapa Valley. Between the mesa and its two, near-identical neighbors, are two huge chasms created by the Muddy and Virgin Rivers that carved the mesa eons ago. Visually stunning, both then and now, Mormon Mesa was about to become a veritable hotbed of alien activity – specifically when, in the mid-to-late part of 1952, Bethurum began working in the area.

Bethurum’s wife was a collector of seashells; and as the area had been covered by ocean during prehistoric times, after he finished his shift one particular night, Bethurum headed out to the Mesa to see if he could find any fossilized shells as a gift for his wife – who had decided not to accompany her husband to Nevada, and instead elected to remain at their home in Santa Barbara. Yes: the cracks in the relationship were already showing.

Bethurum searched the pitch-black area for a couple of hours; but, having failed to find any such seashells, returned to his truck “to take a little snooze.” It was while snoozing – or while, it might be argued, he was in an altered state-of-mind – that Bethurum was blessed with a visit from the inhabitants of another world: the Clarionites. An hour or so after falling asleep, said Bethurum, he was awakened by what he described as “mumbling.”

As he began to stir, Bethurum was shocked to see that his truck was surrounded by between eight and ten men. They were all olive-skinned, around five feet in height, wearing uniforms and black-billed caps – and who were in stark contrast to the long-haired, hippy-types that hung out with George Adamski. The encounters had begun – according to Bethurum, at least.

It must be stressed that much of Bethurum’s tale is, frankly, unbelievable. His encounters with the hot and shapely Captain Rhanes come across like a cross between Star Trek and Baywatch, and read like a wild sci-fi novel. But, there is one particularly intriguing aspect to Bethurum’s story that may have a bearing upon the saga of Arthur Stansel.

On the night of November 2, Bethurum was out in the desert, actually quite near to the town of Kingman. Anxious to see his gorgeous Captain Rhanes again, Bethurum fired into the air one of several flares supposedly given to him by his alien friends, as a means by which he could contact them at any time. Sure enough, Rhanes and her crew were quickly on the scene.

For the final time, Bethurum was invited aboard the saucer and the pair chatted at length about life on their respective worlds, their hobbies, and much more of a friendly nature. At the end of the exchange, there was no real indication that this was to be their last meeting – and yet, it certainly was. Rhanes escorted Bethurum out of the saucer and back to the desert floor, where they bid each other farewell. In a few moments, Bethurum was alone, standing in the stark desert darkness; watching in awe as the huge alien craft grew ever smaller as it rose silently into the starlit sky.

We could, of course, relegate Bethurum’s story to the realm of fiction and nothing else – and, indeed, many people within the UFO research arena have firmly done so. In the minds of many, the Contactees of yesteryear most certainly do not stand strong against today’s Abductees. There is, however, one intriguing factor suggesting that, just maybe, Bethurum wasn’t quite the fantasist that so many believed him to be.

Recall that Stansel had told Ray Fowler in his 1970s affidavit that with respect to the alien body found at the Kingman site: “It was about 4 feet tall, dark brown complexion and had 2 eyes, 2 nostrils, 2 ears, and a small round mouth. It was clothed in a silvery, metallic suit and wore a skullcap of the same type material.”

Compare that with the words of the aliens that Truman Bethurum claimed to have encountered in late 1952 very near to Kingman: “They were all olive-skinned, around five feet in height, wearing uniforms and black-billed caps.”

The location is, of course, the same in both stories. The aliens in both accounts are short in stature – which is in stark contrast to most of the long-haired beings reported in Contactee cases in the 1950s. Both Werner and Bethurum said that the aliens wore uniforms and caps. The body viewed by Werner was dark-skinned, and the skin of the aliens that Bethurum claimed to have met was olive-skinned – not too much of a difference, one could well argue.

The wholly skeptical commentator might say that Bethurum simply made up his story after hearing of the Fritz Werner revelations in the 1970s. There is, however, a problem with this theory: Bethurum’s account was published way back in 1954 – less than one-year after the alleged events at Kingman and no less than two-decades before Fritz Werner even surfaced. Perhaps Bethurum was not the hoaxer that many have assumed him to be.

Whatever the truth, methinks we have not heard the last of the Kingman affair...

Death from Above — Part One: The Horrible Melting Man